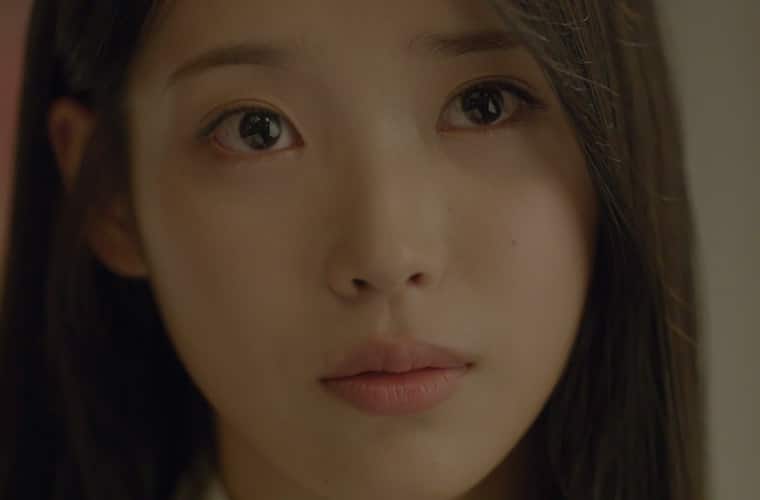 If you thought last week was heartbreaking, get ready for two episodes crammed with even more uprisings, betrayal, and shock. The palace is merciless and so is the newest king!

Chae-Ryung, Hae-Soo’s friend, tells her that 14th Prince has a way for her to leave the palace. Meanwhile, the evil king is tormented by nightmares. Hae-Soo flashbacks to when she told the 4th Prince that she would support him if he became king.

The evil king is ill and on the verge of madness. The sound of a revolt shocks him and he learns that 4th Prince is storming the palace. Queen Yoo orders him to abdicate to 14th Prince before he’s captured. Disgusted and hurt at his mother, the evil king throws her out.

Princess Yeon-Hwa aids the 4th Prince by opening the palace gate, gaining his trust. The evil king writes his will while Hae-Soo watches from a distance. 4th Prince enters just before the evil king collapses and dies from the stress. He sees the will and tears it up. Queen Mother Yoo and the courtiers rush in. Hae-soo bows to the 4th Prince proclaiming that the evil king made him his heir.

4th Prince is crowned king. 8th Prince is ticked that Yeon-Hwa aided 4th Prince. She tells him he already lost his chance at being king and begs him to help her be queen and get their family power. 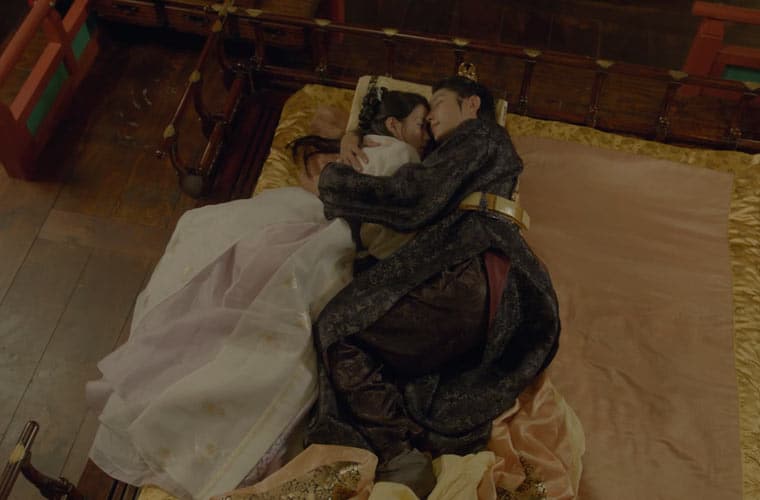 The King (4th Prince) is busy with running the kingdom but still finds time to be with Hae-Soo. Queen Mother Yoo summons Hae-Soo and interrogates her about the evil king’s will. She demands to know the truth. The King interrupts and warns Queen Mother Yoo to stay away from Hae-Soo.

The King orders those who questioned his legitimacy as king to be executed. And then he smiles. Uh oh.

Hae-Soo asks the King for Chae-Ryung to stay in the palace since she was told to leave. He agrees. He talks about marriage and children, but Hae-Soo pouts that his sudden proposal wasn’t very romantic. 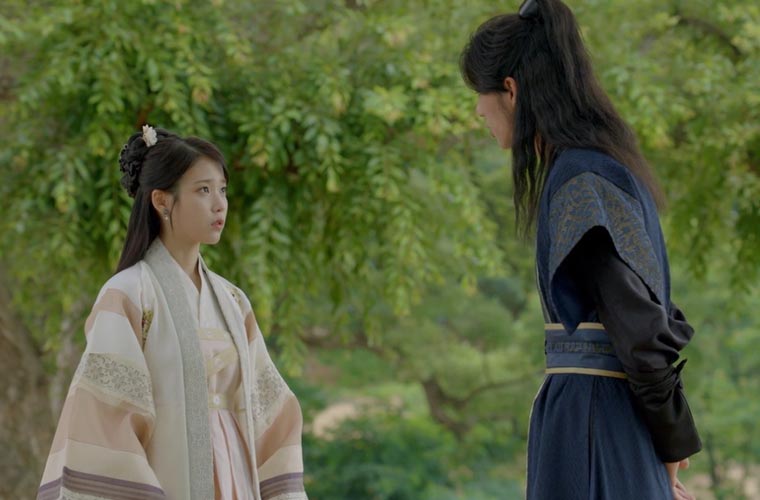 A doctor gives Hae-Soo a check-up. He says her health is bad and worries that she only has ten years left. 14th Prince and Hae-Soo talk. He tells her that if she ever wants to leave the palace, just to say I want it… and he’ll help her escape.

8th Prince tells the King to marry Yeon-Hwa and he’ll have the support of the officials. He also reminds him that Hae-Soo has a scar making her unfit for a king’s wife.

Everyone starts to pressure the King to marry Yeon-Hwa. Later on, the King and Hae-Soo sneak out of the palace. He proposes to her. With teary eyes, she tells him to marry Yeon-Hwa to protect his throne and life. He marries Yeon-Hwa. 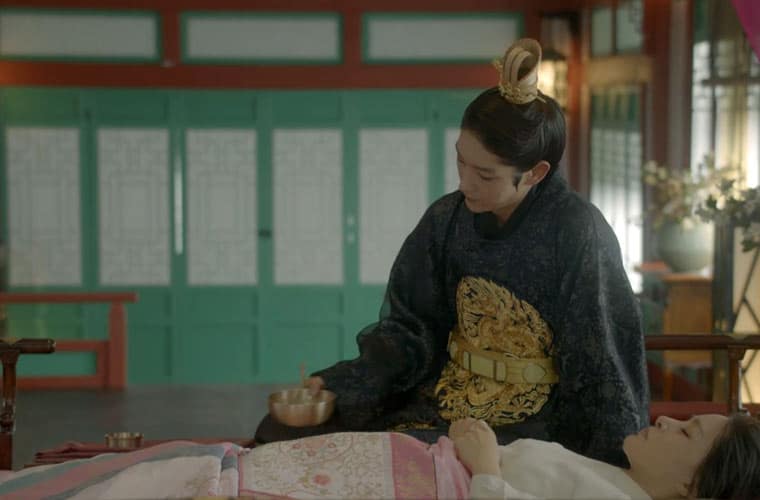 4th Prince exiles 14th Prince for questioning his right to rule and Queen Mother Yoo collapses after hearing the news. Hae-soo and the King argue over 14th Prince’s right to see his sick mother. The King refuses anyone entrance and takes care of his mother alone. He tells her that this is revenge – being the last son left in her life. She passes away. 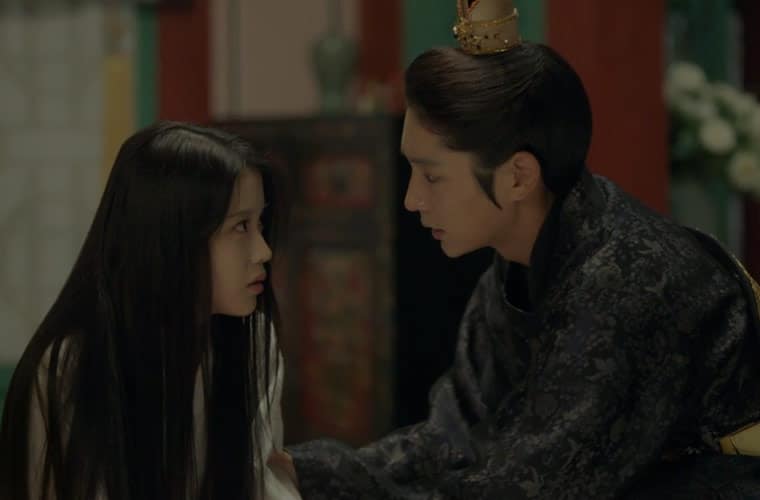 The King learns that 9th Prince, 8th Prince, and Chae-Ryung were the ones who poisoned Crown Prince Moo. Chae-Ryung is beaten to death. Hae-Soo faints from the sight. She screams at the King for killing her friend. He reveals to her that Chae-Ryung had been spying on her for a long time for 9th and 8th Prince and had poisoned the Crown Prince. Hae-Soo is devastated. She finds a letter from Chae-Ryung who confesses she did her crimes out of love for 9th Prince.

The King frightens even 13th Prince with his hatred now against 8th Prince. Princess Yeon-Hwa tells the King she wants a son to secure her position. He asks her if she’d betray 8th Prince in exchange for a child.

Hae-Soo sends a message to 14th Prince. I want it.

Oh, my word. Scarlet Heart Ryeo, what is happening?? I truly believe that the throne is cursed now! We’re watching the third person take the throne after King Taejo and already he’s showing signs of descending into madness! 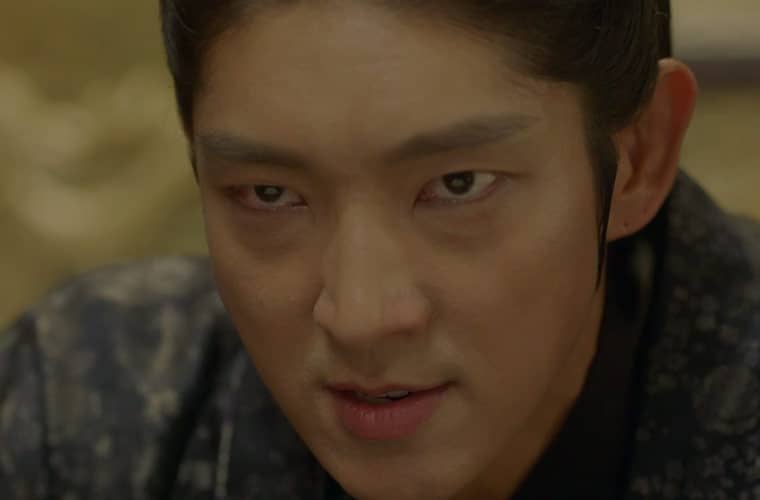 I’m seriously shocked. When, where, and why did 4th Prince have to go this much to the dark side?? It’s like Revenge of the Sith all over again – complete with him killing everyone who stands in his way and putting the woman he loves through so much emotional pain. I’m seriously scratching my head at this whiplash turn of 4th Prince’s character. Sure, I could see him killing the people who threaten his throne. But consistently taking out his anger on Hae-Soo? Blaming her for not understanding him and growing consistently more distant from her? He’s even disturbing his brother, 13th Prince! You know you’re doing something wrong when you’ve upset 13th Prince!!

With a show that’s completely pre-produced, I feel like the writers could’ve made a more natural transition for 4th Prince to suddenly going all evil and power hungry on us. But they didn’t! And then he makes a suggestion to Yeon-Hwa that he might give her a kid for betraying her family? I mean… really, show? I suppose he was just testing her, but at this point, I have no idea.

Even 4th Prince’s choice to keep 14th Prince from his mother seemed unusually cruel. Yes, his mother is super awful and evil. I wasn’t against him getting some revenge on her. And 14th Prince hasn’t been very understanding to 4th Prince, like, ever. But still – his mom is dying! Let him just see her for a second. I mean, he seemed almost like King Taejo there when Taejo let Court Lady Oh die and Hae-Soo was in the rain begging for justice and for her life to be spared.

My heart really went out to Hae-Soo in these episodes. She’s been incredibly selfless and strong for so long. She supported 4th Prince when he took the throne. Dude, she even let him marry Yeon-Hwa just to protect him!! And then he gets all mad that she wanted 14th Prince to see his mom? Still, she remained strong up until Chae-Ryung’s death, which of course broke her heart. It was pretty horrible to see Chae-Ryung die so brutally. I totally understand Hae-Soo’s want to leave the palace at this point. She’s lost so much and probably feels like she’s losing 4th Prince as well.

There were better moments… mostly in episode 17. They gave us a little bit of happiness for Hae-Soo and 4th Prince. I liked when they sneaked out with masks and when he proposed to Hae-Soo. I also liked when he interrupted Queen Yoo from interrogating her over the will and how he stood against everyone who wanted him to marry Yeon-Hwa. Of course, he finally gave in when Hae-Soo okayed it.

Now Hae-Soo’s going to run away with 14th Prince. Man, I don’t how I can handle the next two episodes! I’ve come so far I definitely can’t back up now! Go ahead and bring on the heartbreak and tragedy show… I’m ready. Gulp.

What did you think about Scarlet Heart Ryeo Episode 17 & 18? How do you feel about 4th Prince’s descent to the dark side? Sound off below…

Our romance-themed entertainment site is on a mission to help you find the best period dramas, romance movies, TV shows, and books. Other topics include Jane Austen, Classic Hollywood, TV Couples, Fairy Tales, Romantic Living, Romanticism, and more. We’re damsels not in distress fighting for the all-new optimistic Romantic Revolution. Join us and subscribe. For more information, see our About, Old-Fashioned Romance 101, Modern Romanticism 101, and Romantic Living 101.
Pin this article to read later! And make sure to follow us on Pinterest.
By Faith White on October 27th, 2016