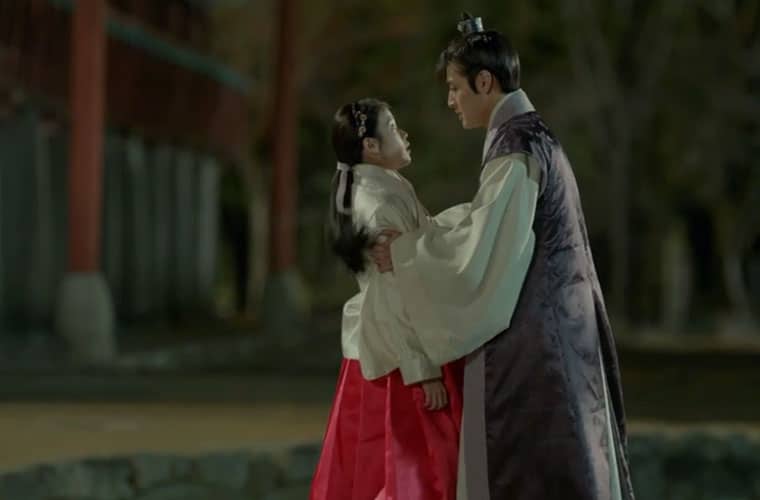 Scarlet Heart: Ryeo reminds us that romance a thousand years ago was just as difficult to navigate as living with a royal family who all despise you. Bring on the smiles and the tears, because there’s plenty of both. 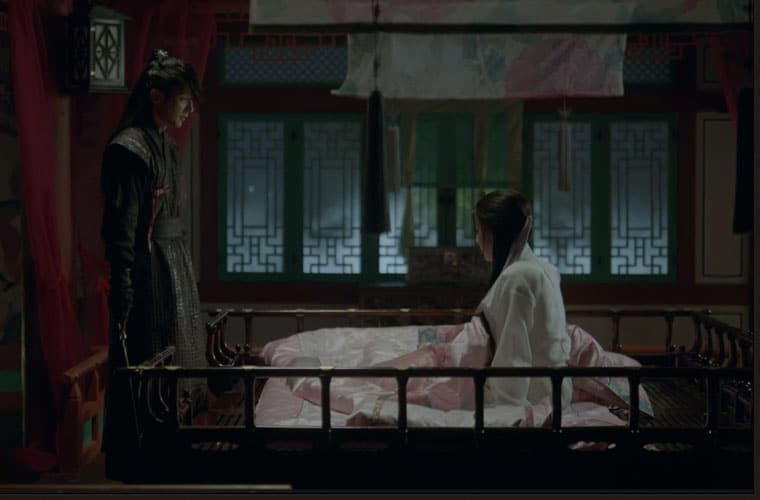 The show picks up with 4th Prince revealing to his mother, Queen Yoo, that he destroyed any connection between the assassins and her. Yet Queen Yoo shows only disgust for 4th Prince, ignoring his pained stories of abuse at his adopted (hostage) family’s house.

Hae-Soo runs into 4th Prince and shocks him by comforting him despite his blood-soaked appearance. She knows that everyone is just trying to survive in this frightening Goryeo era. Isn’t that what he’s doing – she asks?

When Hae-Soo asks her maid to return a necklace that 4th Prince lost, Princess Yeon-Hwa accuses the maid of stealing it and has her whipped. A furious Hae-Soo demands to take her maid’s place. 4th Prince stops Yeon-Hwa from whipping Hae-Soo but gets warned off by 8th Prince. He’ll be the one to take care of his sister and Hae-Soo, not 4th Prince.

Hae-Soo witnesses royal-hating killers capture 14th Prince in the market. She attempts a rescue but she and 14th Prince are vastly outnumbered. Thankfully, 8th Prince and 4th Prince save them. While 14th Prince declares himself indebted to Hae-Soo, 8th Prince is pretty pissed at her for risking her life. Meanwhile, 4th Prince finally convinces the king to let him stay in the palace. 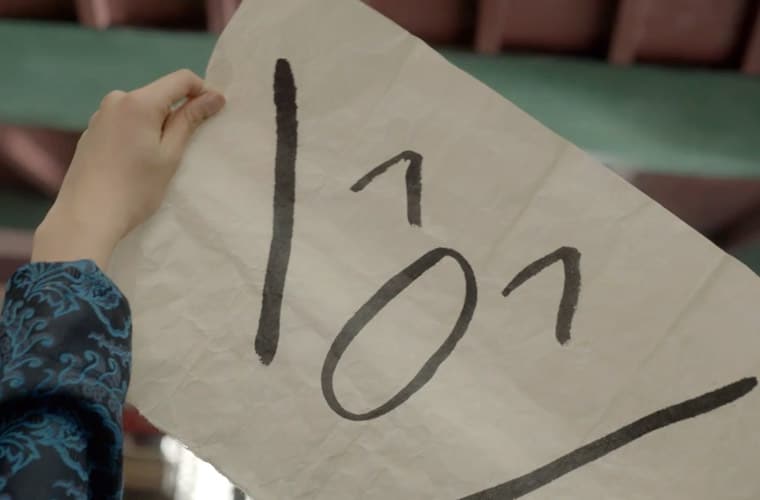 Hae-Soo gets a poem from 8th Prince but, unbeknownst to her (she can’t read old Korean), he’s writing love poetry to her. In a hilarious scene, the royal brothers interrupt her response poem – a drawn emoticon of a happy face. In the palace, Princess Yeon-Hwa worries about her upcoming marriage while obviously flirting with 4th Prince. 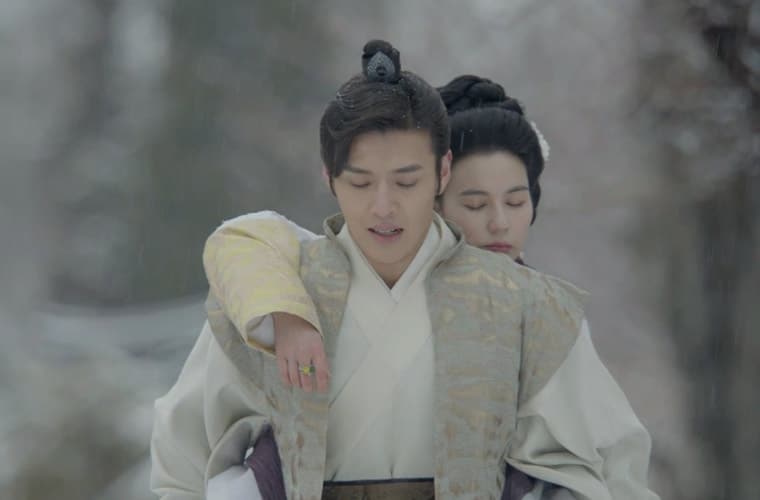 Meanwhile, Hae-Soo’s cousin, Lady Hae, comes to terms with 8th Prince falling for Hae-Soo. She encourages him to love her, despite his stance that he won’t take another wife. On a peaceful walk in the winter snow, Lady Hae passes away.

Romantic complications aside, Hae-Soo and 8th Prince’s romance has been so beautifully created. It’s really hard not to ship the subtle, quiet romance between them – I honestly loved the whole poem confession. That’s something very romantic in an old-fashioned love declaration through poetry. Hae-Soo’s response was seriously hilarious though and I loved that 4th Prince was the one to interpret the emoticon. And the walking through the snow scene of Hae-Soo and 8th Prince; so adorable and gorgeous. There’s so much obvious pent up longing between them, it’ll be interesting to see what will happen now that Lady Hae has passed.

I admit I was surprised by how moved I was by Lady Hae’s passing. While her character was too neutral to ever elicit much emotion from me, Hae-Soo and 8th Prince’s devotion towards her made me like her and even saddened at her death.

Queen Yoo continues to win the Evilest Mother Award. She literally has no regret in the abuse and neglect of her own son. It was painful to see how 4th Prince believed she hated him for his scars. And sadly, she admitted just that when she said that he was a constant reminder of her “shame” and basically told him to go back to his abusive adoptive family. Like, have you no heart, woman?

I was surprised (and yes, very excited) by how quickly Hae-Soo resolved the angst between her and 4th Prince. She could’ve easily kept hating him, but instead, she showed him genuine empathy. Their chemistry feels so much easier and sweeter now that they aren’t at each other’s throats and I can’t wait to see it eventually turn on full force.

I did have to do some research after I realized Princess Yeon-Hwa actually wanted to marry her half-brother, 4th Prince. Unlike in later periods of historical Korea, incest in Goryeo wasn’t unusual… which clarifies things (but not the grossness, lol). I’m sensing that things are going to get very complicated in the royal palace – sooner rather than later.

Our romance-themed entertainment site is on a mission to help you find the best period dramas, romance movies, TV shows, and books. Other topics include Jane Austen, Classic Hollywood, TV Couples, Fairy Tales, Romantic Living, Romanticism, and more. We’re damsels not in distress fighting for the all-new optimistic Romantic Revolution. Join us and subscribe. For more information, see our About, Old-Fashioned Romance 101, Modern Romanticism 101, and Romantic Living 101.
Pin this article to read later! And make sure to follow us on Pinterest.
By Faith White on September 8th, 2016