The first episode of the long-awaited remake of the Chinese Scarlet Heart is here and my emotions are riding SO HIGH! We’re immediately drenched in the story of Scarlet Heart Ryeo with seven hottie princes and a confused but adorable time traveling heroine and it’s so only getting better from here!!

Scarlet Heart Ryeo begins with our heroine Ha-Jin at her rope’s end with a difficult past (loser boyfriend who left her with debt) when a fateful solar eclipse drags her into the past. She actually ends up in the princes’ royal bath house during a ritual bathing. There could be a lot worse ways to time travel, Ha-Jin!

Everyone recognizes her as Hae-Soo, the cousin of the 8th Prince’s wife. Terrified Ha-Jin struggles to figure out what happened to her. She finally makes the decision to be Hae-Soo to survive and starts to befriend 8th Prince, who’s intrigued by her “new” behavior.

Meanwhile, our six young princes get along pretty well with kind, peaceful 8th Prince and sharp, selfish 3rd Prince as designated pack leaders. The brothers worry over the return of the brutal, feared 4th Prince, nicknamed Wolf Dog, and the assassination attempts on the life of the sickly Crown Prince.

4th Prince returns to the palace but is ignored by his brothers and completely ignored by his mother, Queen Yoo. Flashbacks reveal years ago, Mama Yoo made a convoluted attempt to kill herself and her son, 4th Prince, to keep the king from taking another wife. She was stopped but ended up scarring her son’s face. Despite the lack of familial warmth, 4th Prince is so desperate to stay in the palace he agrees to help the Crown Prince find the assassin. And then he goes and runs his horse almost straight into Hae-Soo…

I knew this was going to be a drama to fall in love with and Scarlet Heart Ryeo delivered a solid first episode that built backstory, tension, and some major romance feels.

Having seen the original C-drama, I love how this is not a scene by scene replay and I’m so thankful as we need to see a “new” take on the epic tale of time-travel romance. Yet I recognize favorite moments from the original, especially the horse scene with 4th Prince nearly running Hae-Soo into the ground and then sweeping her off her feet!! Oh yes, I’m swooning!

Scarlet Heart Ryeo is most definitely unabashed in being a romance as well. Already we can see the emotional ties building between 8th Prince and Hae-Soo. (Though I’m already shipping Hae-Soo with 4th Prince) Kang Ha-Neul is doing a fabulous job of bringing a gentle strength and dignity to the 8th Prince. It’s not hard to see why Hae-Soo is falling for him. I’m falling for him! 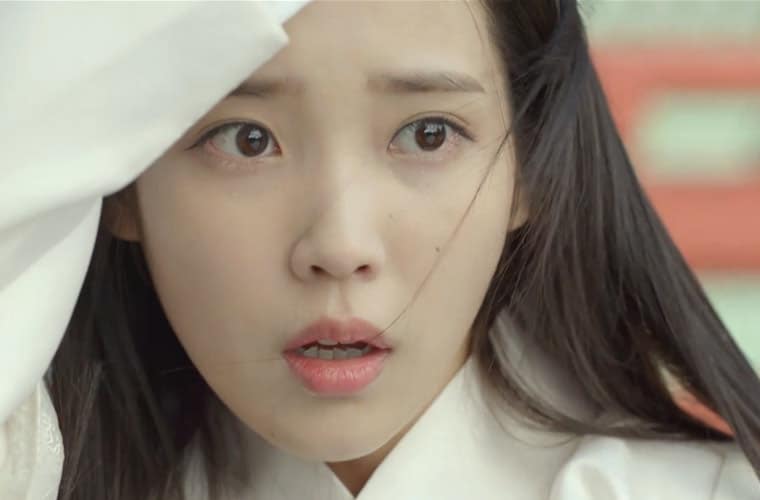 Actress IU was absolutely perfect casting as Hae-Soo. She’s so small and adorable and her vulnerability and simple desire to live feels real. I love her whole fish-out-of-water difficulties as she doesn’t really fit in the Goryeo time period and doesn’t know how modern she acts. Not to mention she looks utterly gorgeous in those dresses! Oh, the period drama envy!! 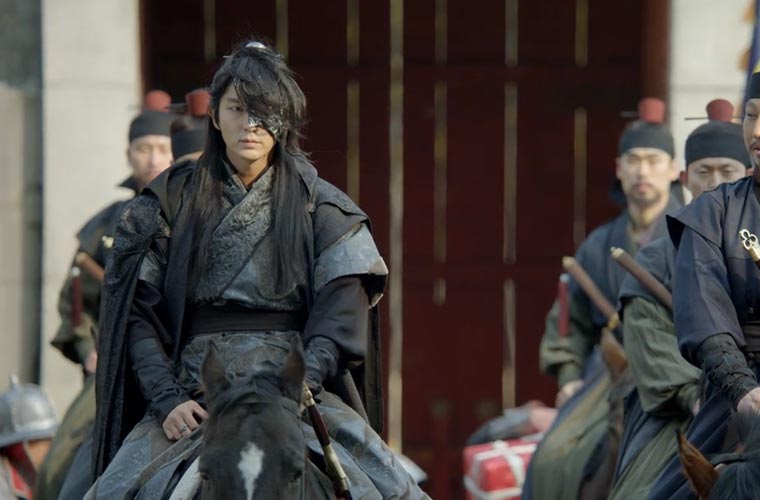 The look of the drama is so stunning that my eyes are sometimes watering from just how beautiful. The costumes, scenery, and even the actors are too gorgeous and make up a lush historical world. 4th Prince is stealing the show with his hair and half-black mask (Phantom of the Opera feels, anyone??). Though I have to admit that bad-boy 3rd prince is doing a good job with that guyliner. I mean, can a drama girl really ask for more?

Scarlet Heart Ryeo is available to watch on Dramafever.

Let me know your thoughts and feels Scarlet Heart Ryeo! What do you think about this new K-Drama?

Our romance-themed entertainment site is on a mission to help you find the best period dramas, romance movies, TV shows, and books. Other topics include Jane Austen, Classic Hollywood, TV Couples, Fairy Tales, Romantic Living, Romanticism, and more. We’re damsels not in distress fighting for the all-new optimistic Romantic Revolution. Join us and subscribe. For more information, see our About, Old-Fashioned Romance 101, Modern Romanticism 101, and Romantic Living 101.
Pin this article to read later! And make sure to follow us on Pinterest.
By Faith White on August 31st, 2016