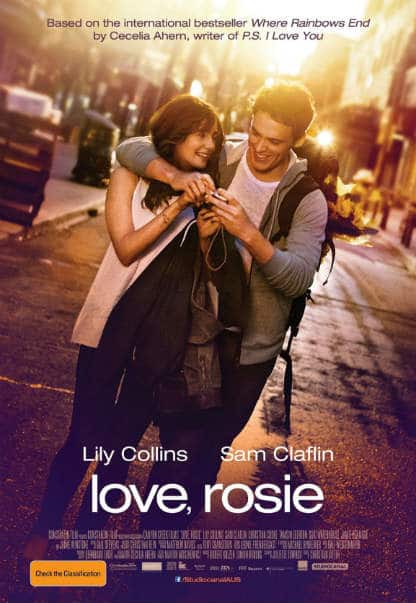 Love, Rosie is like watching the blending of a love letter with commonalities from dozens of romantic comedies. Its premise isn’t bad – two childhood friends falling in love, being apart for over a decade and the serendipitous events that keep them apart in-between – but even in the loveliness of that dream, something gives.

RELATED Film Review: My Week With Marilyn – A Charming Biopic For All Film History Enthusiasts

Lily Collins plays the titular character Rosie Dunne, who takes us back further than her present, back to where her story all started. She and Alex Stewart have been best friends ever since they were children. Some ten years later, the two of them are high school seniors and both are tip-toeing around their real feelings for each other. You see, somewhere along the line, they fell in love with each other.

Trouble is, Alex (played by Sam Claflin) is about to ask the most popular girl to their school dance and Rosie goes with Greg. This is the night their lives forever change. Rosie becomes pregnant after a one-night stand, and Alex begins to dream about going to America, a chance he wants to experience with Rosie. But their lives take two different directions and over ten years, they change, evolve and missed opportunities continue to break their hearts. 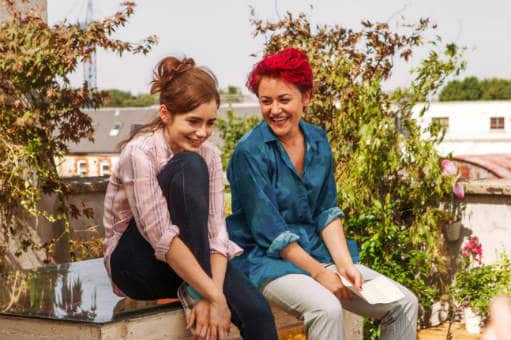 Admittedly, I’m on the fence about stories that have best friends falling in love. On the one hand, I don’t mind it if the story’s intent from the beginning is clear – meaning the writer, though they might not verbally say so, spells out who is going to fall in love. Where unpleasant complications can arise with the plot is if things don’t start out that way and in order to adapt to what is the normal, the writing later decides to throw the couple together. Fortunately, this film opts for the former and because of this, it works better.

Even in their earliest scenes (as teenagers), it’s obvious Rosie and Alex are teetering on the edge of being in love. If it’s not Alex who seems about to confess his feelings when Rosie isn’t ready to hear them, then it’s Rosie having to bite her tongue lest her pride be trampled. Unfortunately, because of this, the film does easily fall into the trap of posing its characters as foolhardy because they let pride get in the way of seizing opportunities to admit what they feel. Though not overly distracting, this tends to dumb down the credibility of the characters. Though to be fair, the back-and-forth all began with Rosie wanting to ensure Alex had a future, a very noble sacrifice indeed. I wound up really enjoying Rosie’s character since she “grows up” a great deal in the film and her attitude changes from despondent (depending on an outcome that never comes and living in unhappiness) to one of purpose and meaning. 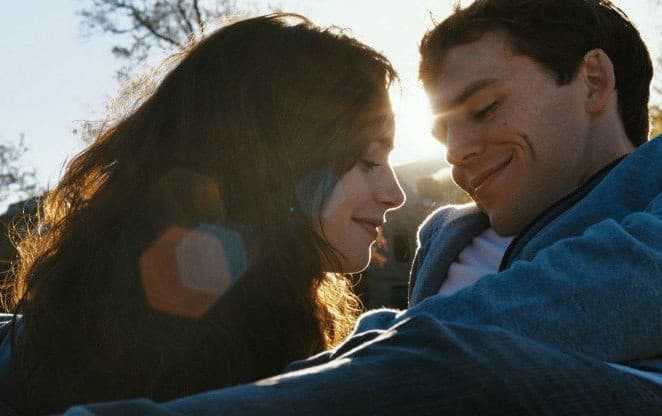 Based on a novel by Cecilia Ahern (PS, I Love You) and originally published as Where Rainbows End (or Rosie Dunne and later published under the film title), which I have not read, I learned the script does take some liberties. However, it still seems true to the idea of the story: “But destiny is a funny thing, and in this novel, structured as a series of clever e-mails, letters, notes, and a trail of missed opportunities, Alex and Rosie find out that fate isn’t done with them yet.”

In spite of the flaws, I did really enjoy Love, Rosie. American actress Lily Collins is quite good in the role of Rosie – and she does the British accent justice. Her Rosie is a kind of vulnerable, sweet mix-up of a character who strives to make life better for her daughter and because of that, the character is likable. She’s fiercely protective of her daughter and though it’s hard work, she’s willing to spend whatever time she needs saving money to give her a better life. Then there is Alex, who’s more of the “golden boy” with a tendency to give the wrong impression than he is to be honest with Rosie – and himself.

Just as a helpful informational word of caution, this film is rated R. Because of that, it’s not a family-friendly film. The script uses – in excess, profanity (F-words) trying to make a point of illustrating the characters’ frustrations (it doesn’t accomplish this and instead is more about a writer adding a  “because [we] can” trope). Additionally, there are also some crude jokes and sexual content.

Sometimes the cons will outweigh the pros and vice versa, but at its heart, it is a well-meaning story. Like so many films today, unfortunately the gags aren’t always funny which means the film is sometimes lacking. I did look beyond that to the heart of the story and found it really charming. The nuances of the script (one of which being the “begin again” message paralleling Rosie and Alex’s story) and eventual ending are what make the film delightful.

Content Note: This film includes several unnecessary “F” words and other bad language, a brief sex scene, and some innuendo.

Our romance-themed entertainment site is on a mission to help you find the best period dramas, romance movies, TV shows, and books. Other topics include Jane Austen, Classic Hollywood, TV Couples, Fairy Tales, Romantic Living, Romanticism, and more. We’re damsels not in distress fighting for the all-new optimistic Romantic Revolution. Join us and subscribe. For more information, see our About, Old-Fashioned Romance 101, Modern Romanticism 101, and Romantic Living 101.
Pin this article to read later! And make sure to follow us on Pinterest.
By Rissi JC on March 27th, 2015