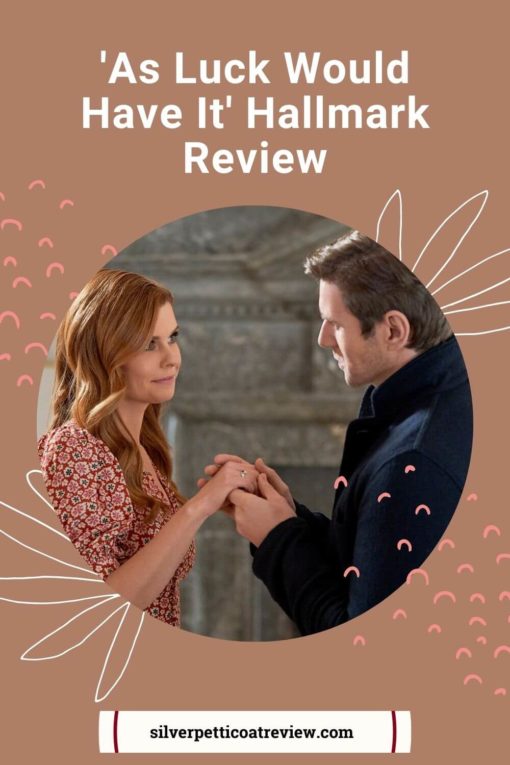 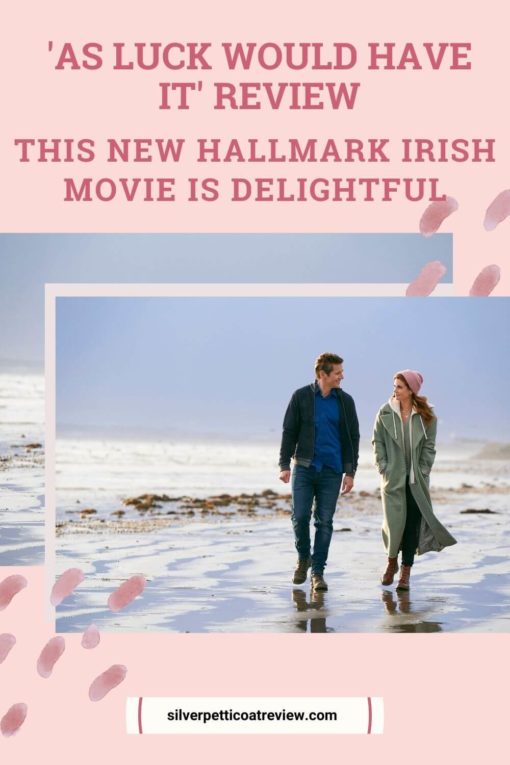 AS LUCK WOULD HAVE IT REVIEW

Allen Leech (Downton Abbey) and JoAnna Garcia Swisher (Sweet Magnolias) are such likable actors that they help make As Luck Would Have It one of the best Hallmark rom-coms I’ve seen in years.

The script is sweet but not too sweet, the setting idyllic, and the romance just right. It’s a delightful addition to the Hallmark movie canon that fans of the genre can watch again and again.

RELATED: What To Watch: The 20 Best New Movies And Shows On Streaming, TV, And Theaters This July

Filmed on location in the Republic of Ireland with castles (notably the real Howth Castle), lush green scenery, and even the Cliffs of Moher, this Hallmark Irish movie will make you want to travel to Ireland and visit these beautiful locales.

If, like me, you’ve already traveled to Ireland in the past, it will leave you feeling nostalgic for a return holiday sooner rather than later.

Lindsey Johnson travels to the Republic of Ireland to acquire land (with an old castle on it) that she believes would be perfect for her employers to build a resort. Unfortunately, she discovers the people aren’t open to the idea – especially the handsome, prickly local Brennan O’Brien.

So, she decides to stay for the town’s annual matchmaking festival to get to know the people and win them over. Meanwhile, she begins to fall in love with Brennan. Cue the beginning of what will lead to the expected happily ever after.

What’s clever about the story’s setup is that there is an actual real Irish matchmaking festival. While it’s not as idyllic as the Hallmark version, it sounds like a whole lot of fun, and thousands of people from around the world attend the festival every year.

As far-fetched as it seems in the Hallmark movie, the added layer of truth to the festival makes the film all the more enjoyable.

JoAnna Garcia Swisher has a skillful charm helping bring out a somewhat thinly written character into a stylish and always fabulous multilayered character.

The same goes for the consistently brilliant Allen Leech. As seen in Downton Abbey, he excels in romance – and feels at home in this light but delightful movie.

Together, the two have an easy chemistry that works. And you’ll find yourself rooting for Lindsey and Brennan to get together by the end. It’s the kind of love story you hope for in real life – and that fairy tale angle mixed with the perfect Irish location makes this movie work despite any overused cliches.

Overall, if you enjoy Hallmark romance movies, love the actors (Downton Abbey fans should enjoy this quick treat of a film), or even rom-coms like Leap Year, you should give this movie a try. It will leave you all smiles by the end.

So, even if you don’t typically like the recent Hallmark movie romances, As Luck Would Have It may still be worth checking out.

HOW TO WATCH AS LUCK WOULD HAVE IT

When is As Luck Would Have It on Hallmark? Now, this Hallmark movie premiered back in April, so you’ll have to double-check your local Hallmark listings.

Good news, though, if you missed it on TV, you can now buy it on Digital and DVD.

Did you watch As Luck Would Have It yet? What did you think of the Hallmark romantic comedy? Do you agree with our review? Let us know in the comments!