THE EPISODE: ‘My Heart is Yours’ – Season Five, Episode 5

Four years ago, Hallmark debuted a little TV series called When Calls the Heart. Based on the best-selling series by Janette Oke, the series diverges greatly from its source. Nonetheless, this hasn’t stopped fans from falling for its old-fashioned charms.

Over these past four years, the heart of the show has been the romance between constable Jack Thornton and city-girl-turned-teacher Elizabeth Thatcher. In the fourth season, the couple solidified their love and became engaged in a sea of romantic candlelight, rivaled only by the glow of the couple standing amidst it.

But, despite the happiness and joy they experience, this moment is not where the love story between these two ends. Here on Silver Petticoat, we too have been drawn into the romance between these two. (So much so we’ve written about this couple more than once!) Today we spotlight the season five moment devoted Hearties (as the fanbase refers to themselves) have been longing for…

The Lead In – The Love Story of Jack and Elizabeth

Though they’ve shared many happy moments including the vulnerable moment “I love yous” are exchanged, these two have gone through many trials. Not the least of which being illness, and eventually, not one but two painful and emotional separations.

Jack’s work as a Mounted Canadian police takes him to Northern territories to serve and protect. He first appears at the beginning of the season when he miraculously returns during the Christmas season. As Elizabeth places a wish on the “wishing tree,” Jack is there, whispering in her ear. In disbelief and joy, she turns to face him, and the two share a passionate kiss. 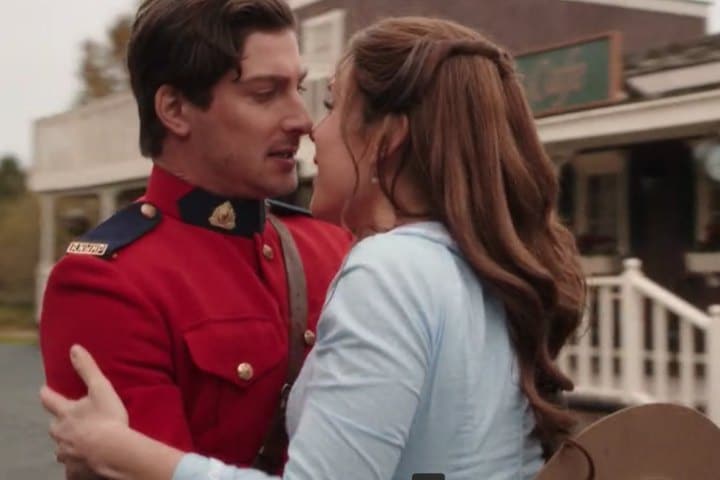 When next we see him, it’s in a flash of red as he rides back into Hope Valley with his troop. Immediately prior to this, unable to find Jack, Elizabeth is gently told, Jack Thornton might not have made it back. Worried, she puts on a brave face and walks away, only to look up and see Jack. The two rush towards each other, embrace and again, share kisses full of promise, joy, hope, and longing. This time, with the whispered words, “I’m home,” Jack reassures his fiancée he’s here to stay.

Following his return, the two make preparations to marry, and plans are set into motion for the ceremony. Unfortunately, life intervenes and nearly threatens their special day. But with hope, faith and the residents of Hope Valley supporting them, their wedding day arrives…

The Romantic Moment –  Jack and Elizabeth say ‘I Do’

Wishing to create further anticipation for this moment four years in the making, the camera shies away from giving anyone a glimpse of Elizabeth. As her father stands in the back of the church, anxious to get the ceremony underway, he worries they’re “five minutes behind schedule.”

For once, it’s Rosemary who acts as the calming presence. She reassures him, the bride is simply fashionably late.

The procession begins as soft music plays, and Jack, looking handsome in his resplendent red Mountie suit, awaits a glimpse of Elizabeth. As the beautiful white fabric is pulled back, we along with Jack see our first glance of the radiant bride. On her father’s arm, Elizabeth stands in the back of the church, glowing in a beautiful white gown of lace and satin. 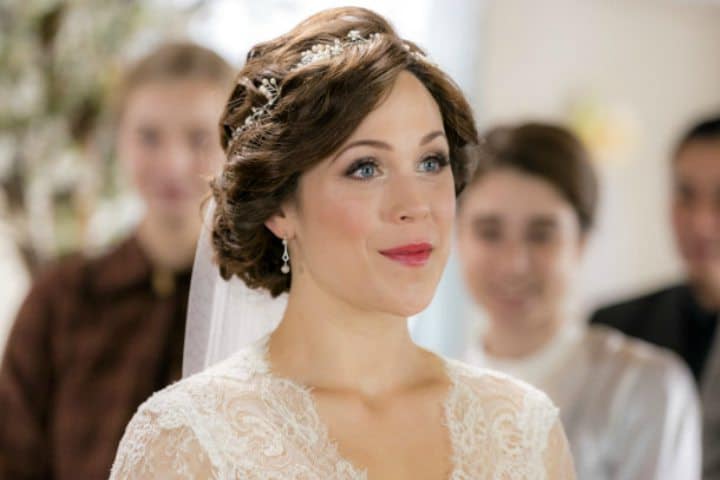 Jack stands at the altar, in awe of this woman who’s agreed to marry him. Gazing at her with love, the two come together, as her father hands her hand over to Jack. With a nod of respect to her father, Jack takes Elizabeth’s hand and the two arrive face to face. With deep emotion on their faces, they wear wide smiles with eyes only for each other. The ceremony arrives and the two exchange their written vows.

“Elizabeth I choose you and no other. Your happiness is the only question I want to spend my life answering. Your heart is the only flame I will endeavor to keep alight.” 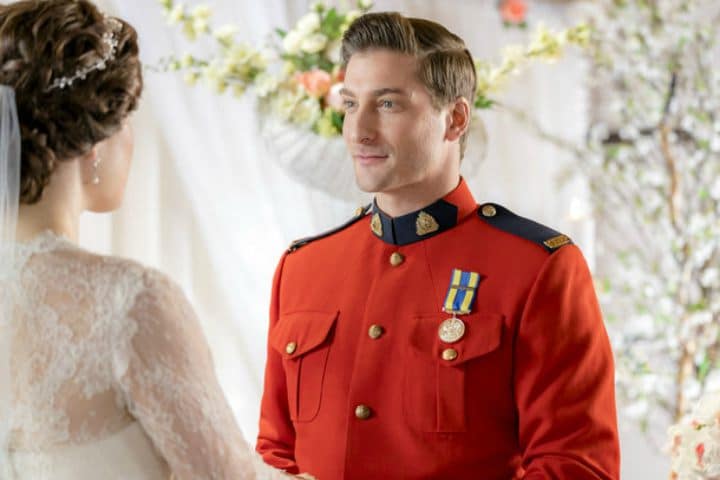 With affection, Jack’s face is alight as he confirms his feelings for Elizabeth. “Before you said ‘yes’ to marrying me, I was already yours in every way.” With a small pause, he finishes,

“So I marry you today without hesitation or doubt. I’m committed to you absolutely. I love you with everything that I am. Forever.”

“Jack I never expected to find love when I came to Coal Valley. But, somewhere along the way, without even realizing it was happening, you became the most important person in my life.” Her gaze steady as love shines her eyes, a single tear streams down her face, and she confesses, “You’re my shoulder to cry on my favorite to dream with and my greatest surprise. I’d offer you my heart, but the truth is, you’ve had it for quite some time now.” Instead, with sincerity, she pledges to:

“…give you my soul. I love you, Jack Thornton. From chalk dust to eternity.” 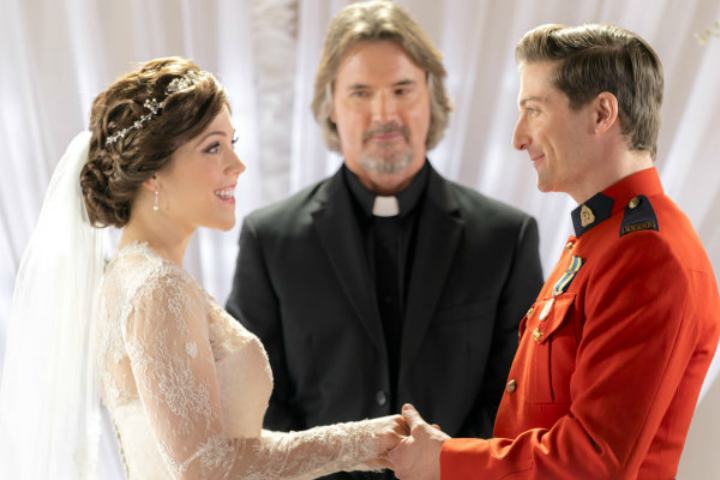 As the guests softly laugh, she finishes, “I’m yours.”

Jack and Elizabeth, Husband and Wife

The exchange of rings finalizes their vows, and commitment. But before Pastor Frank can pronounce them “husband and wife,” with happiness, Jack leans in to kiss his bride. 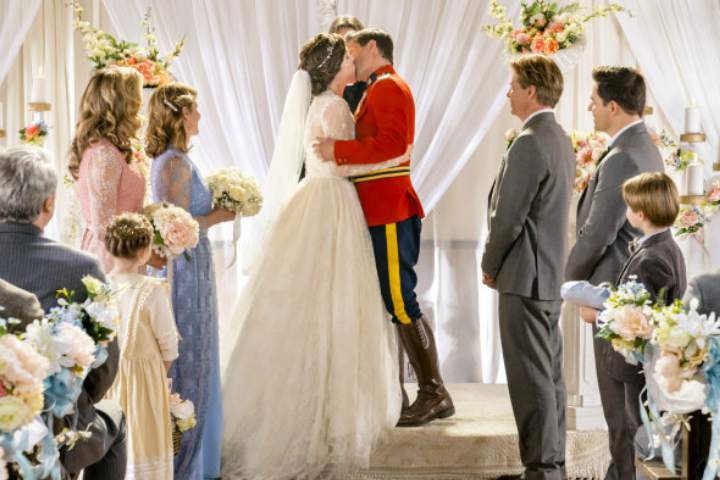 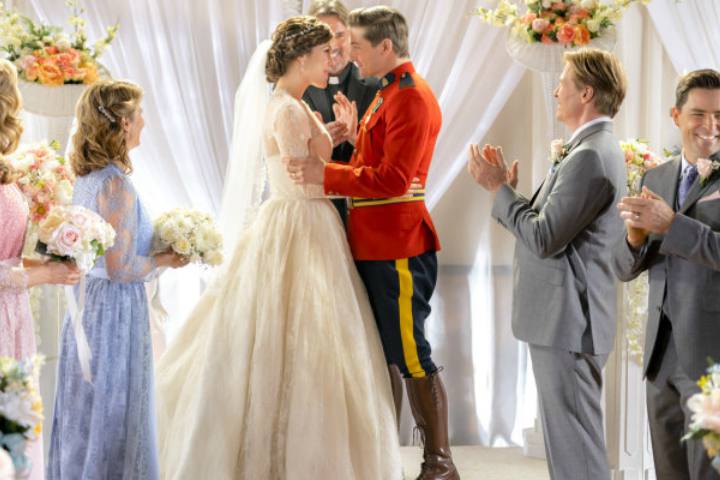 Married to the love of her life, the happy couple makes their way down an aisle as their friends and family look on. A joyful moment as literal as it is figurative of this relationship, a depiction of a couple stepping into the future, and the next “page” of its love story.

You can purchase When Calls the Heart, which includes this episode, on Amazon Video or watch it on demand.

What did you think of this beautiful moment? Was this scene everything you hoped? Do you have a favorite moment between this couple? Comment down below with all of your thoughts! I look forward to chatting with everyone.

Our romance-themed entertainment site is on a mission to help you find the best period dramas, romance movies, TV shows, and books. Other topics include Jane Austen, Classic Hollywood, TV Couples, Fairy Tales, Romantic Living, Romanticism, and more. We’re damsels not in distress fighting for the all-new optimistic Romantic Revolution. Join us and subscribe. For more information, see our About, Old-Fashioned Romance 101, Modern Romanticism 101, and Romantic Living 101.
By Rissi JC on March 24th, 2018

1 thought on “Romantic Moment of the Week: When Calls the Heart – Jack and Elizabeth Say ‘I Do’”