It’s that time again to preview the upcoming romances premiering on Hallmark Channel. This year, their “Spring Fever” campaign bursts with new romances, including not one but two royal fairy tale stories. Needless to say, this is one plotline I never grow tired of, most especially when one is based on a favorite novel.

While four of these films officially fall under the Hallmark Spring Fever banner, there is a fifth title premiering this Saturday, March 10th! You can learn more about it down below before we jump ahead to take an official look at Hallmark’s Spring Fever line up.

Love, Once and Always – March 10th

This one may not have royal connections, but the plot does involve a grand estate called Wycliff House. An estate that brings its heir, Lucy, back to the states (after working in London) in order to settle any legal matters. Unfortunately for Lucy, the fix isn’t easy when she learns half of the estate is willed to Duncan, the caregiver’s son, a man with whom Lucy once shared a past. 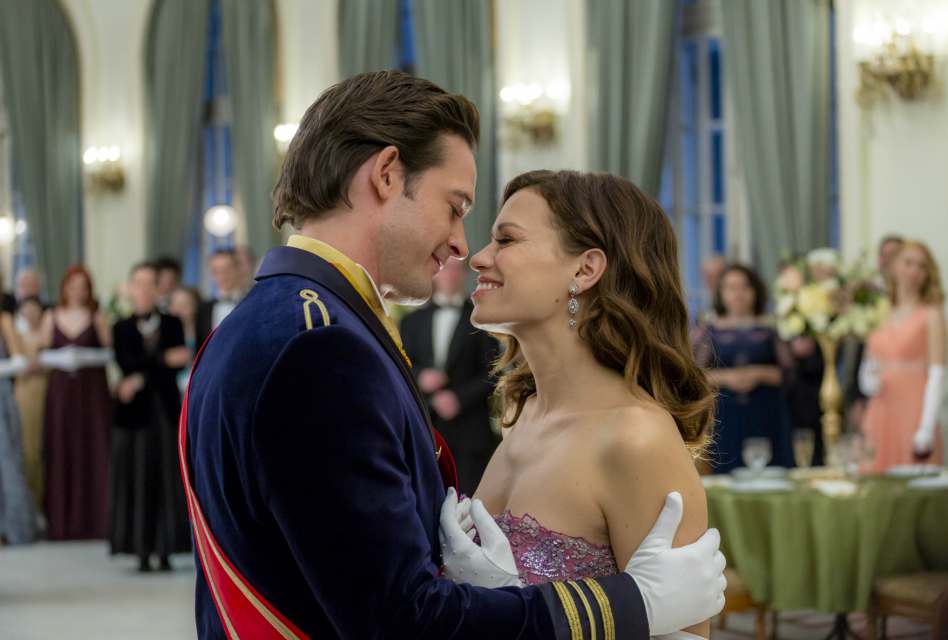 Professional matchmaker, known as the “Queen of Hearts,” Kate is about to meet her most demanding client. With a reputation that’s reached farther than she thought, Kate’s services are retained by the King of Voldavia. In the hopes Kate can find a good match for his son, Sebastian, he engages her services. But with his guarded heart and closely-held emotions, Kate’s task will be anything but easy. Joy Lenz and Will Kemp co-star.

The story of Home by Spring is one that involves an event planner who pretends to be her boss to pull off a high-profile event. Of course, she’ll also have to juggle her family and the reappearance of the guy she left behind. Fun fact: Poppy Drayton stars in this, the girl who originally played Elizabeth Thatcher in the Hallmark pilot film of When Calls the Heart. 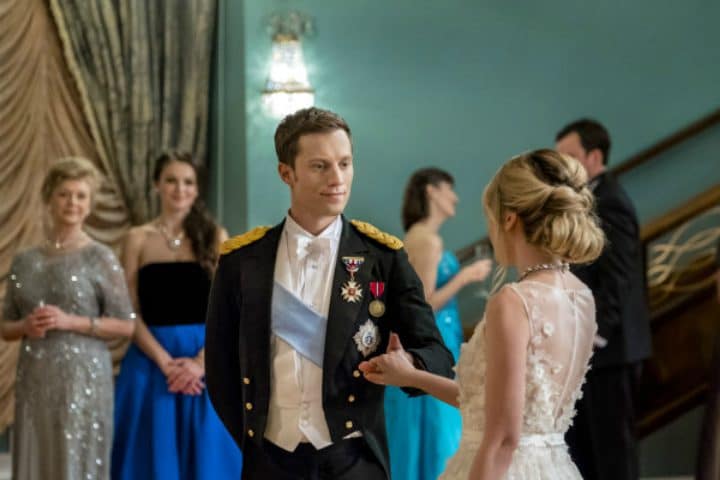 Based on the novel by Rachel Hauck, this one tells the story of a small-town girl, Susanna. Unexpectedly, she meets her ideal prince charming, who also happens to be a real-life prince trying to prepare for his responsibilities. Megan Park and Jonathan Keltz co-star in this book-to-screen adaptation that promises plenty beautiful moments (including a ballroom scene!). Bias or no, I must confess, I’m most excited for this one. Once Upon a Prince is a “keeper” book for this reader.

In case you thought otherwise, Hallmark Channel has also expanded in more recent years into TV shows. Both scripted shows and most recently, reality TV. The fifth season of their popular western drama When Calls the Heart is currently airing on Sunday nights. Follow teacher Elizabeth Thatcher and her true love, Mountie Jack Thornton as they navigate the difficulties of separation and town politics.

Then, in their inaugural reality series, also airing Sundays after When Calls the Heart, you can watch Meet the Peetes, a show that introduces us to Holly Robinson Peete and her family. You can watch both shows Sunday nights or on demand with Hallmark.

Finally, on April 28th, you can see the all-new Hallmark Hall of Fame original, The Beach House. Based on the novel by Mary Alice Monroe, this film tells a saga that’s driven by a complicated mother-daughter bond. The impressive cast list includes Andie McDowell, Minka Kelley, and Chad Michael Murray, who I’m excited to see in something new. Here’s the trailer!

You can catch all of these on the Hallmark Channel, including encore showings. Check your local listings for specific times.

Tell me, which of these new originals are you most excited to watch? Which returning Hallmark favorites are you most curious to see? Tell me all the thoughts about his line up! I’d love to read your thoughts.

Our romance-themed entertainment site is on a mission to help you find the best period dramas, romance movies, TV shows, and books. Other topics include Jane Austen, Classic Hollywood, TV Couples, Fairy Tales, Romantic Living, Romanticism, and more. We’re damsels not in distress fighting for the all-new optimistic Romantic Revolution. Join us and subscribe. For more information, see our About, Old-Fashioned Romance 101, Modern Romanticism 101, and Romantic Living 101.
By Rissi JC on March 9th, 2018