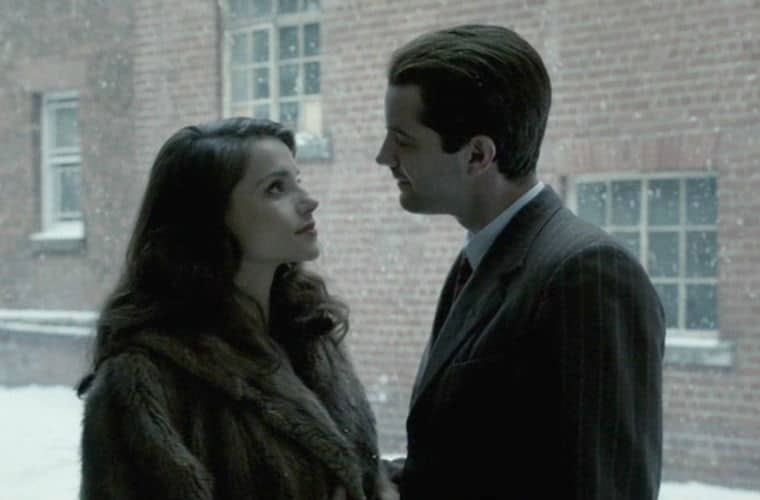 Close to the Enemy Review

Following up their originals Agatha Raisin and The Level, Acorn TV acquired the US rights to Close to the Enemy, a puzzle of a period drama. Set in the aftermath of WWII in a hotel destroyed from bomb damage, the series follows Captain Callum Ferguson (Jim Sturgess). Ready to leave behind his command in the army, Callum is tasked with a final job before he can be released from duty.

His job is to sway a German scientist to help them build the first jet engine, and in the process win a different kind of war. But Dieter Koehler (August Diehl) isn’t easy to convince. With his young daughter, Lotte in tow, Dieter rejects every courteous ploy Callum extends. He wants to go home. In time, an unusual friendship forms between the two men until Callum’s personal life begins to interfere with his intelligence work.

This marks the first original I saw with Acorn’s stamp. Originally slated for a US premiere on Starz, Acorn TV picked up the rights to this BBC-produced drama. On the whole, it is quite good. The opening episode struggles to find its footing (with cues and scripting), and I think five or six episodes would have told a more concise story as opposed to seven. Minor flaws or not, I found Close to the Enemy a riveting way to spend seven hours.

It’s the unique nature of the story and cast that really make this production shine. With Jim Sturgess (One Day), Alfred Molina, Charity Wakefield (Sense and Sensibility), Charlotte Riley, Angela Bassett, Freddie Highmore, and Lindsay Duncan, the talent suffers no weak link. In particular, I was impressed with Lucy Ward who portrays Lotte. Her skill with this character is off the charts good, especially considering she has so few lines. Instead, she has to express her fear, curiosity, and wonderment with her emotions. 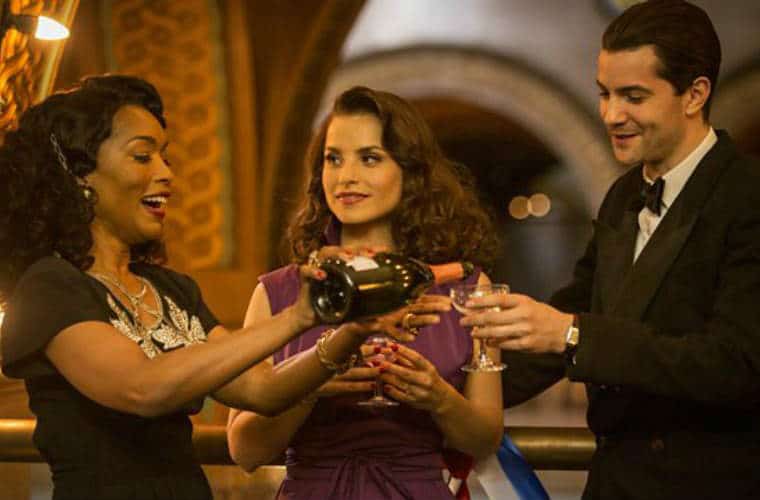 What surprises me most about this, as a story, are the women who enter Cal’s life. There’s his best friend, Alex’s, new wife Rachel; a mysterious actress, Julia who resides at the hotel; and a war crime investigator named Kathy. Because of this, underpinnings for potential romantic matches are endless, and the script is able to show its more romantic side. Apart from this, the plot goes beyond the romance, and really “grows” up over its seven installments. It becomes comfortable telling its own story. This helps bond not only the actors but weaves the story in a tighter knit. This includes not just Cal’s work with the RAF, or the war criminal angle, but also Cal’s brother, Victor, who’s mentally unstable.

Anyone who likes the BBC drama The Lady Vanishes or Agent Carter will find this one worth looking into. Though darker than some of its peers, the puzzle pieces that fit together make this a curiosity worth discovering. It’s not so much about a present time mystery as it is wondering how the characters are going to react and the result of their reactions. Close to the Enemy is sure to keep us guessing right through its final tense moments!

You can read more about Close to the Enemy or stream the entire series on its Acorn TV website.

Content Warning: There are 10-15 uses of the f-word spread over seven episodes. Multiple episodes contain sex scenes (approx. 3-5 over the entire series) involving full back and side nudity. Audio recordings are made of one couple’s rendezvous. There is an affair, some tense moments and talk of the horrors of war. Overall, the show would earn a TV-MA rating.

*More like a 3 1/2 but something holds me back from giving this one a four-heart rating.

Our romance-themed entertainment site is on a mission to help you find the best period dramas, romance movies, TV shows, and books. Other topics include Jane Austen, Classic Hollywood, TV Couples, Fairy Tales, Romantic Living, Romanticism, and more. We’re damsels not in distress fighting for the all-new optimistic Romantic Revolution. Join us and subscribe. For more information, see our About, Old-Fashioned Romance 101, Modern Romanticism 101, and Romantic Living 101.
Pin this article to read later! And make sure to follow us on Pinterest.
By Rissi JC on January 21st, 2017