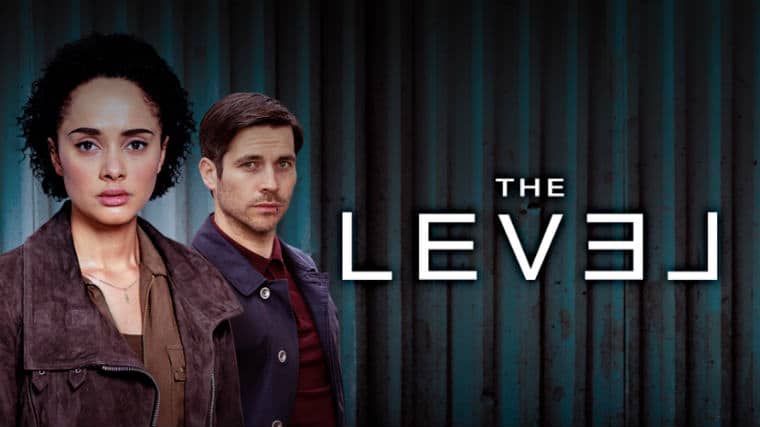 The Level is another example of how British television does mystery right. There is some actual thinking involved while watching this series which is a welcome departure from America’s procedural mysteries you can solve in the first five minutes. While an imperfect series, The Level makes for a perfect binge-watch that will have you putting together the puzzle pieces of a captivating mystery thriller.

The Level follows young Detective Sergeant, Nancy Devlin (Karla Crome), who finds herself caught in the middle of a murder investigation. She is put on the case of the murder of Frank Le Saux (Philip Glenister), a drug trafficker in her old hometown who was the father of her childhood best friend Hayley (Laura Haddock). Only what no one knows is that Nancy is actually the missing witness that the killer and the police are looking for. Can she solve the murder in time to save herself? And will she be able to keep her job without being caught for police corruption?

Also on the case is her colleague Kevin O’Dowd (Downton Abbey’s Rob James-Collier) who has unrequited feelings for Nancy and Detective Gunner Martin (Doctor Who’s Noel Clarke), who is both attracted to and suspicious of Nancy.

Besides solving the case, Nancy’s personal life is also in shambles. She has her mentally ill mother in the hospital and her relationship with her father (Outlander’s Gary Lewis) is tenuous at best. And as the case becomes more linked to her past, everything in Nancy’s life begins to unravel.

The Level is a series that engages from start to finish. At the end of each episode, you find yourself wanting more. Who is the killer? Who can Nancy trust? And with only six episodes, it’s easy to breeze through the series. If a TV series could be a page turner, The Level would be a good example. It’s akin to reading a good book in a single sitting so you can get to the ending. While there is more left open for a possible season two, you’re not left hanging over who the killer is.

What I enjoyed most about this series was the fantastic character development for Nancy. She is a layered female character with both strengths and weaknesses and a rich history. And Crome, a newcomer to playing the lead protagonist, proves she has what it takes to carry a show.

Besides the strong characterization for Nancy, the acting in this series is also top-notch. Noel Clarke is always good in every role he plays and this is no exception. Rob James Collier is a standout as the likable but suspicious Detective O’Dowd who may be up to no good. It’s the perfect post-Downton role for James-Collier who played the somewhat villainous Thomas with a likable charm.

Laura Haddock is also engaging in the secondary lead as Hayley, as she learns not everyone in her life is who they appear to be. And then there is Gary Lewis, who is a real scene stealer as the alcoholic Dad in search of redemption.

While there is some romance in this series, it is incredibly understated. There is, in fact, a love triangle between Nancy, Kevin, and Gunner. But it’s only subtly there in the background and is not a major plot point. However, there is a lot of potential in a season 2 for further development. I feel a little more exploration of these relationships would have strengthened the series so I could better understand the emotional connection between the characters.

Overall, while The Level isn’t the best British mystery import out there, it’s certainly worth watching. If you like a good thriller, enjoy being on the edge of your seat, and appreciate strong female characters, then The Level makes for a good choice. You can stream The Level on Acorn TV.

Content Note: There is the use of the “f” word in all six episodes though it is not continuous throughout. There is also some sensuality and violence but nothing excessively graphic.

Our romance-themed entertainment site is on a mission to help you find the best period dramas, romance movies, TV shows, and books. Other topics include Jane Austen, Classic Hollywood, TV Couples, Fairy Tales, Romantic Living, Romanticism, and more. We’re damsels not in distress fighting for the all-new optimistic Romantic Revolution. Join us and subscribe. For more information, see our About, Old-Fashioned Romance 101, Modern Romanticism 101, and Romantic Living 101.
Pin this article to read later! And make sure to follow us on Pinterest.
By Amber Topping on December 20th, 2016