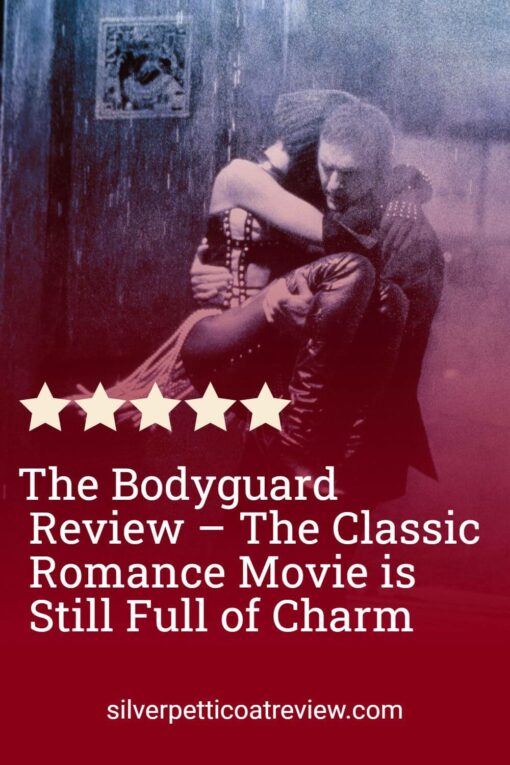 1992 was an excellent year for films: A League of Their Own, Sister Act, The Last of the Mohicans, Newsies, Howards End, and The Bodyguard movie starring Whitney Houston and Kevin Costner.

It’s hard to believe that the critics initially skewered The Bodyguard when it was released on November 25, 1992. Just look at the review from The New York Times.

RELATED: Movies Like Titanic: 50 Epic Romances To Fall In Love With

But then again, it is romantic suspense, so it’s not that difficult to believe numerous critics unfairly butchered it in the 90s. Thankfully, time has been kinder to the iconic classic romance.

So, thirty years later, it’s time to look back at what makes The Bodyguard such an epic love story and memorable film.

WHAT IS THE BODYGUARD ABOUT?

The Bodyguard tells a simple but compelling story: The movie star and R&B singer, Rachel Marron, has a stalker making legitimate threats against her, so her team hires a professional bodyguard (Frank Farmer, an ex-Secret Service agent for Ronald Reagan) to protect her.

Sparks soon fly with a little heat despite their icy beginning the first time they meet. But will he be able to save her when his feelings start getting in the way?

THE BODYGUARD CAST (AND MAIN CHARACTERS)

First and foremost, part of the appeal of the classic 90s film is the talented people from the cast, not to mention the incredible chemistry between Houston and Costner. But everyone plays their part well.

Who better to play the famous actress and singer in the public eye (and in danger) than the legendary Whitney Houston? She makes her acting and film debut in the movie and does an incredible job.

She brings her unmatched powerhouse vocals to the character and the soundtrack – songs that have become some of Houston’s greatest hits.

And while Whitney Houston sadly passed away in 2012, her songs and memorable movie roles like this one continue to live on.

Kevin Costner was the ultimate romantic leading man in the early 1990s. His star power, matched with Houston’s, created the perfect onscreen duo with enough sparks to keep the flame of this movie romance alive thirty years later.

He brings a serious, brooding quality to Frank Farmer – with an underlying strength and romantic side.

Costner, of course, has had an incredible movie and TV career (as an actor, producer, and Oscar-winning director) – before and after this film. From Dances with Wolves to Field of Dreams, Message in a Bottle, The Untouchables, Robin Hood, and more.

He now stars in the award-winning TV series Yellowstone.

Some fun trivia: the original actress meant to play Rachel Marron was Diana Ross, with Steve Mcqueen doing the whole romantic bodyguard thing! And as great as that would have been, the right people ultimately played the parts.

What makes The Bodyguard a good movie and so fantastic is that it doesn’t pretend to be anything other than what it is: an entertaining romantic thriller with sensational musical numbers.

It wasn’t trying to win Best Picture (although it did receive two Oscar nominations for Original Songs at the Academy Awards) or change the face of romance. Instead, it stayed true to the romance genre – hitting all the right beats from the very first scene.

And while the film didn’t originally soar with critics, it did with the audience. The movie became one of the top 10 grossing films at the box office in 1992, earning more than 121 million.

Since then, The Bodyguard has continued to gain new fans and remain a fan favorite.

With palpable chemistry between Costner and Houston (two of the world’s biggest stars at the time), suspense, and brilliant songs that still stand out as some of Whitney Houston’s best, The Bodyguard is a timeless film with a lot of star power and swoony romance scenes.

If you have not seen it, what better time than now, during its anniversary year? The Bodyguard is worth watching just for the music alone.

The original soundtrack includes some of Houston’s greatest hits: “I Have Nothing,” “Run to You,” “I’m Every Woman,” “Queen of the Night,” and, of course, the breathtaking Dolly Parton cover, “I Will Always Love You.” Houston’s cover of the country music song is simply stunning.

The Bodyguard: Original Soundtrack Album was co-produced by Clive Davis and Whitney Houston – and unlike the film – received critical acclaim. The album is the best-selling soundtrack of all time, selling over 45 million copies. It’s also the best-selling album by a woman, and it won the Grammy for Album of the Year.

Besides the soundtrack, Alan Silvestri composed the original music score, which is beautiful.

But The Bodyguard is more than just about the music; the contemporary romance story is also fantastic. It was bound to be entertaining, with Director Mick Jackson (Temple Grandin) and Screenwriter Lawrence Kasdan (The Empire Strikes Back, Body Heat) telling the story.

Naturally, the two clash, but as her bodyguard, the tension and attraction build just as the danger increases with both Frank and Rachel’s lives on the line.

More than just romantic suspense, the intrigue, and mystery is compelling, even if it’s not hard to figure out.

There’s also a fabulous edge-of-your-seat climax and one of the best movie kisses of all time. You are seriously missing out if you have yet to see The Bodyguard kiss. The kiss is epic and just that good. It’s the kind of movie all romantics will love!

Overall, The Bodyguard is a compulsively watchable romantic thriller that is equal parts engrossing and romantic from start to finish.

It continues to prove its legacy year after year – thanks partly to Whitney Houston’s performance and legendary superstar status, the perfect soundtrack album, and to Costner and Houston’s undeniable onscreen chemistry.

The Bodyguard is currently available to stream on HBO Max. You can also rent/buy it digitally and on DVD. (Availability is for the US and could change at any time.)

Content Note: This is a mild Rated R for some strong language, mild violence, and sensuality.

Have you seen The Bodyguard? What do you think of this classic romance with Houston and Costner? Let us know in the comments!