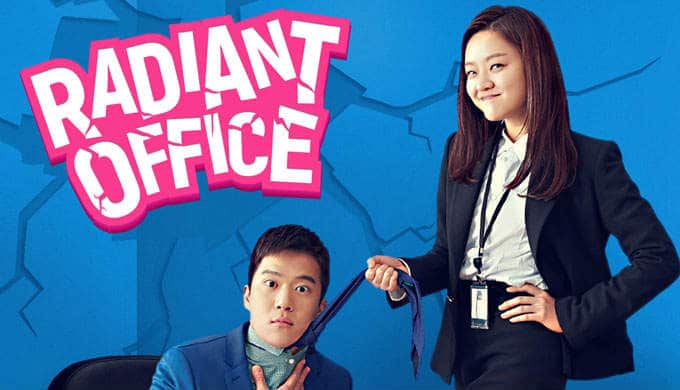 Part romantic comedy and part melodrama, Radiant Office is a new and underrated Korean Drama that just keeps improving week after week. It’s like Pride and Prejudice (with just a twinge of North and South), The Blue Castle, and Chasing Life, all with a side order of an office romantic dramedy. It’s sad, poignant, funny, and surprisingly romantic. I say surprising because I thought there was no way I would ever root for the lead guy. I mean, you thought Mr. Darcy’s “tolerable” comment about Elizabeth was bad? Or Mr. Thornton beating a guy up at work? Try ever liking a guy that called you an idiot at an interview, belittled you into nothing, and let the main girl stand in a corner just to prove she was a patient worker. And that’s just their first scene….

In Radiant Office, Eun Ho Won’s life sucks. It is a literal nightmare. She can’t get a real job other than part-time slave work. She can’t pay the rent. There is no hope on the horizon. So after her 100th interview that ends with her face in a corner, Eun Ho Won has reached her limit and has no will to live. Drunk, she stands on top of a bridge. However, she doesn’t exactly go through with her suicide attempt. Instead, she accidentally falls into the water and almost drowns. 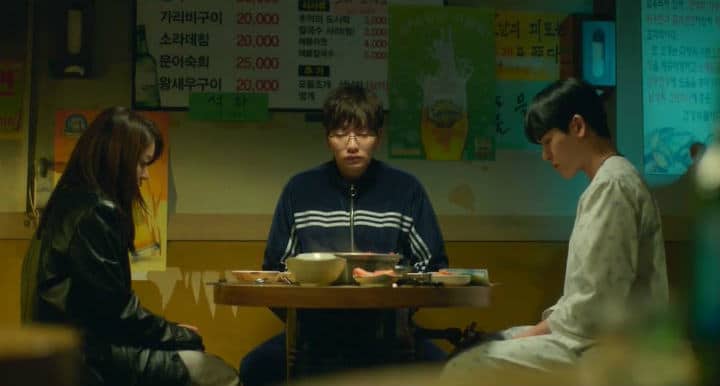 Stuck in the hospital with no way to pay, Eun Ho Won meets two other sweet guys who also tried to kill themselves. Their meeting is like fate when all three overhear a conversation about how one of them is terminally ill. But which one? Because none of the three have money, they make an escape from the hospital with the knowledge that one of them is going to die in 6 months.

Things get even weirder when they all end up interviewing for the same job and then are mysteriously hired as temporary contractors when others had better qualifications. Even worse for Eun Ho Won? The uptight jerk of a workaholic who slighted her at her last interview, Seo Woo Jin, is now one of her bosses. And he wants absolutely nothing to do with her…

So sets up our romantic dramedy. Eun Ho Won decides that now she is probably going to die soon, she might as well live life to the fullest. She even tells off her TERRIBLE bosses on occasion. And she has some bad ones, excluding Seo Woo Jin who is much kinder and fairer than the first impression would suggest (hence similarities to Darcy and Thornton). He’s actually quite the reasonable boss in comparison to the corrupt others. And, of course, as the two get to know each other on a deeper level, sparks begin to fly, albeit very, very slowly. I mean, this one is a major slow burn for a Korean drama that could have continued on into another season. That doesn’t mean, however, that I don’t love absolutely everything about the love story or the show in general. 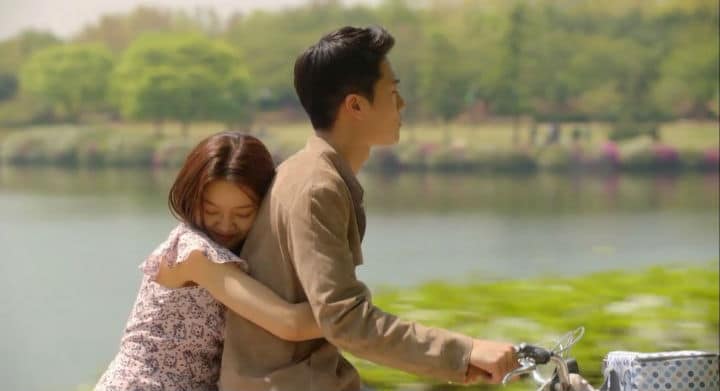 Yes, Radiant Office starts off slightly slow and strange. And, sometimes, I wish the series focused a little less on office politics. That being said, each episode just gets better and better. From the amazingly drawn out characters (the entire ensemble), the laugh out loud moments, the sweet old-fashioned romance, to the scenes that will just hurt your heart to watch, Radiant Office is an underrated drama that deserves a second look because it is more than your general romantic comedy. The show shines as an excellent written ensemble drama that deals with deeper social themes like suicide, depression, corruption, and gender inequality at work, but all in an optimistic way. Overall, Radiant Office is a hopeful new Kdrama definitely worth your time. You can now stream every episode on DramaFever.

Content Note: Honestly, I can’t remember anything too objectionable other than PG-level language. However, Radiant Office deals with serious issues like suicide so this may be a trigger issue for some.

What did you think about this underrated Korean Drama? Also, am I the only one who thinks this could totally have a second season? I would love to talk everything Radiant Office so be sure to sound off below!

Our romance-themed entertainment site is on a mission to help you find the best period dramas, romance movies, TV shows, and books. Other topics include Jane Austen, Classic Hollywood, TV Couples, Fairy Tales, Romantic Living, Romanticism, and more. We’re damsels not in distress fighting for the all-new optimistic Romantic Revolution. Join us and subscribe. For more information, see our About, Old-Fashioned Romance 101, Modern Romanticism 101, and Romantic Living 101.
Pin this article to read later! And make sure to follow us on Pinterest.
By Autumn Topping on May 5th, 2017