It is the early 1920’s and Spain is at war with local tribes in a Northern African area known as the Rif. The Spanish Queen wants to boost morale and to create positive public relations for the Spanish monarch and government. So she gives her good friend, Carmen Angoloti, Duchess of Victoria, a task. She must establish a Red Cross hospital in the Spanish occupied city of Melilla. 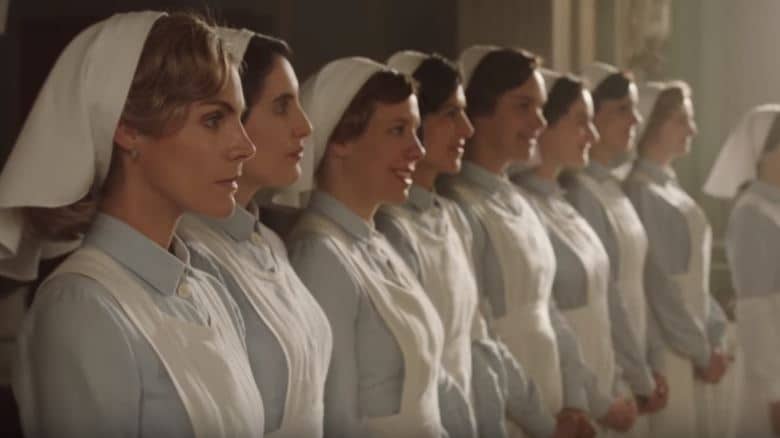 Several newly trained nurses, daughters of privilege, join the Duchess in traveling to Morocco to begin this endeavor. Among them are Pilar, a young widow, and the Duchess’ right hand. Magdalena is a somewhat flighty but effervescent young woman who leaves her fiancé behind in Spain. Then there is Julia. Julia has not yet had time to complete nurse’s training. But she determines to use her new job as a way to search for her missing brother and fiancé Andres, who are soldiers.

Upon their arrival, the Duchess faces some opposition from the army’s director of health and sanitation, Colonel Vicente Ruiz-Marquez. He does not wish to give control over hospital decisions to the Duchess. But she is able to arrange for several army doctors to be attached to her new hospital, including Dr. Fidel Calderon, Dr.Luis Garcés, and Dr. Guillermo. Together, along with field nurse Verónica and ambulance driver Larbi Al Hamza, these men and women accomplish the impossible in difficult circumstances. They also see their professional and personal lives intertwine while war takes its’ toll. 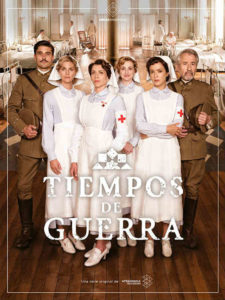 I have heard great things about many of the Spanish series available on Netflix but just had not had the chance to watch any. So, when I read about Morocco: Love in Times of War, I thought I would just take a peek at the first episode to see if I liked it. I loved it and ended up binge-watching the entire series in no time at all.

Morocco: Love in Times of War, originally named Tiempos de Guerra, is, of course, a war drama. But it also has a bit of a soap opera approach to the characters interactions and relationships. There are, of course, as one would expect a few love triangles to complicate things. But within these triangles, the series also focuses on how war affects the characters individually and relationally. The series also addresses how the lack of supplies and resources affect the ability of the medical professionals to successfully keep the wounded alive. There are also storylines about corruption within the military as well as personal vendettas which allow some soldiers to find themselves in risky circumstances.

The characters are multi-faceted and compelling. Their histories and motivations are revealed slowly as the series progresses. I really appreciate the character development in Morocco: Love in Times of War. No one is all bad or all evil (with one exception) despite what some of their actions may suggest. Instead, these people are human, facing difficult choices in desperate circumstances. At times, it appears there are no wrong or right choices, just those they must make the best of. 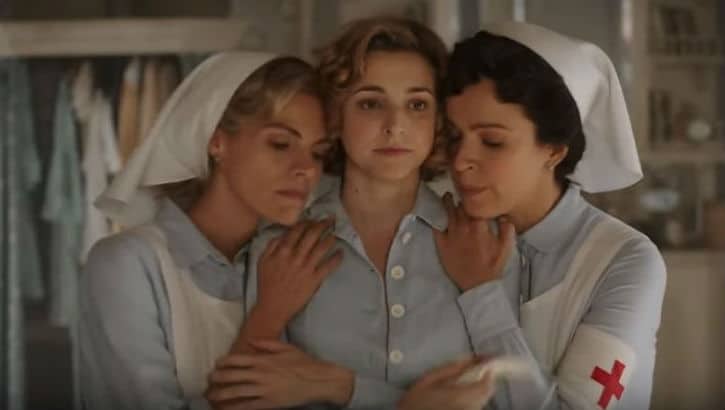 Nowhere are these ambiguous choices felt more clearly than in the love triangles of Julia, Fidel Calderon, and her fiancé Andres as well as Pilar, her former fiancé Luis and his pregnant wife, Raquel. Julia’s whole purpose in becoming a nurse is to find her brother and Andres. She takes great risks and goes to extreme lengths to track them down. At the same time, she feels drawn to the perfectly mustachioed Fidel. Fidel himself is close to proposing to his girlfriend Susana, who just happens to be the daughter of his boss Colonel Ruiz-Marquis.

RELATED: Romantic Moment of the Week: Luis and Pilar  -When Words Fail Us

Pilar is surprised to find Luis, the love of her life, who left her at the altar years ago, stationed at her hospital. Luis is thrilled, but her anger is not the only obstacle to overcome. Luis just happens to have a wife who trapped him into marriage with an unexpected pregnancy. These are all decent people whose emotions make it difficult to determine the right course of action in their relationships.

Magdalena is a grown-up Shirley Temple look-alike who begs her fiancé not to leave her. Then she falls for the kind and compassionate Muslim ambulance driver Larbi. Magdalena experiences the most character growth over the series as she learns what it really means to be a nurse in a war zone. She also faces a difficult decision. Will she remain with her loving fiancé? Or should she commit herself to a man whose faith and culture differ so much from her own that it could make her an outcast to accept him.

With all of its outstanding characters, however, the Duchess Carmen is the one who takes first place. In fact, she may be one of my favorite female characters ever. She accepts the Queen’s assignment with eagerness, not at all daunted by the enormity of what she must accomplish. The Duchess refuses to allow the army and by proxy Colonel Ruiz-Marquez to dictate to her any decision about operating the hospital. The Duchess never backs down from their power struggles. She is polite but firm and not above using her royal connection to accomplish what is best for the hospital. At the same time, she also acts as a mentor to her nurses earning great love and respect among them. In short, she is the perfect balance of a tough, career-minded but compassionate loving woman that I have ever seen on screen. The Duchess is a true heroine.

These characters and their story arcs are engaging and believable due to the talent of the actors playing them. Fans of Spanish drama series will be familiar with the actress who plays Julia, Amaia Salamanca. She has appeared in other popular series like Grand Hotel and Velvet. Veronica Sanchez gives the reserved Pilar a real sense of dedication and vulnerability. Anna Molinar captures the grace with which the naïve Magdalena grows and matures into the heart of the hospital. Alicia Borrachero plays the Duchess. She is a veteran actress with roles even in English films like The Promise, The Chronicles of Narnia; Prince Caspian and Love in the Time of Cholera. Women of all ages will love the handsome, charming leading men Alex Garcia, Alex Gadea, Christobal Suarez and Daniel Lundh who play the ladies love interests.

The characters and their development are one of the best things about Morocco: Love in Times of War. However, the setting and costumes are nothing to scoff at. Though the nurses spend a lot of time in uniform, they occasionally have the chance to wear the clothing of their old pampered way of life. And the women in the show who are not nurses, of course, display the airy, less-structured dresses of the time. If you are a fan of the costumes of the early seasons of Downton Abbey, then you will recognize the same style used in this series.

The hospital building itself is beautiful. It originally served as a school before being converted for hospital use. It ‘s setting overlooking a seaside cliff, lead to many gorgeous shots of the ocean. The rather sunny, warm climate of Morocco ensures magnificent light always streams through the hospital.

Perhaps, I’m biased, but I found little to fault with this series. Although I did have a few minor quibbles and questions when events stretched the bounds of reason. With excellent casting, beautiful camera work and costuming, an intriguing setting and plot, Morocco: Love in Times of War held me captivated from start to finish. If you are a fan of romantic period dramas, then you should enjoy this one.

Where to Watch: Morocco: Love in Times of War is a Netflix series. There are thirteen episodes which run at about 70 minutes each.

Content Warning: I would rate this at a TV-14, though Netflix gives it a TV-MA. There is war violence and gore, some profanities and one scene of physical intimacy between a couple.

Our romance-themed entertainment site is on a mission to help you find the best period dramas, romance movies, TV shows, and books. Other topics include Jane Austen, Classic Hollywood, TV Couples, Fairy Tales, Romantic Living, Romanticism, and more. We’re damsels not in distress fighting for the all-new optimistic Romantic Revolution. Join us and subscribe. For more information, see our About, Old-Fashioned Romance 101, Modern Romanticism 101, and Romantic Living 101.
By Brittaney B. on March 22nd, 2018