THE EPISODE: Season 1, Episode 2, “Todos son Héroes” (All are Heroes)

THE ROMANTIC MOMENT (SPOILERS!): After parting on bad terms eight years ago, sparks fly during wartime as Pilar and Luis realize they never stopped loving each other.

I heard about the Spanish series Tiempos de Guerra (Morocco: Love in Times of War) since last year but never bothered to check it out. When I finally got around to the first episode, I knew I stumbled on a period drama gem. Starring Amaia Salamanca from Gran Hotel and Velvet, the story follows three nurses and a hospital in the city of Melilla in the 1920s. The drama does not shy away from the destruction of war, both in terms of the work of medical staff and the personal sacrifices made by individuals.

This series takes the time period and drama of class differences from Downton Abbey, a pinch of the romance and suspense of Gran Hotel, and the medical drama from the Civil War drama Mercy Street and throws them all together for an addictive series! As characters find themselves caught in the horrors of war, it will change their lives in ways they never anticipated.

My interest definitely piqued when I watched this intense exchange between Luis and Pilar so soon into the series. Pilar and Luis almost got married eight years ago – before Luis left Pilar at the altar. Now when Pilar ends up as a nurse at the same hospital as her ex-fiance, everyone knows it is only a matter of time before they confronted one another. Pilar is level-headed with quiet grace, giving her the perfect combination of steadfastness and compassion to be a nurse. Meanwhile, the lean and lanky doctor, who talks a mile a minute, wears his heart on his sleeve. Both deny any lingering feelings, but when they are together, sparks still fly.

THE LEAD IN – NARROW ESCAPE

Pilar and Luis are finding their way back to the hospital after their medical truck is caught in an ambush. After a narrow escape, and ready to move on from their past in order to work together, Luis tries to talk to Pilar. She has ignored him ever since her arrival. Pilar can’t forget the pain of their almost-wedding nor when she eventually married, the experience of being widowed young. Despite their differences and heated outbursts, both Pilar and Luis have genuinely kind hearts. Neither can bear to see another person suffering if they can do anything to help. This similarity is what draws them together. 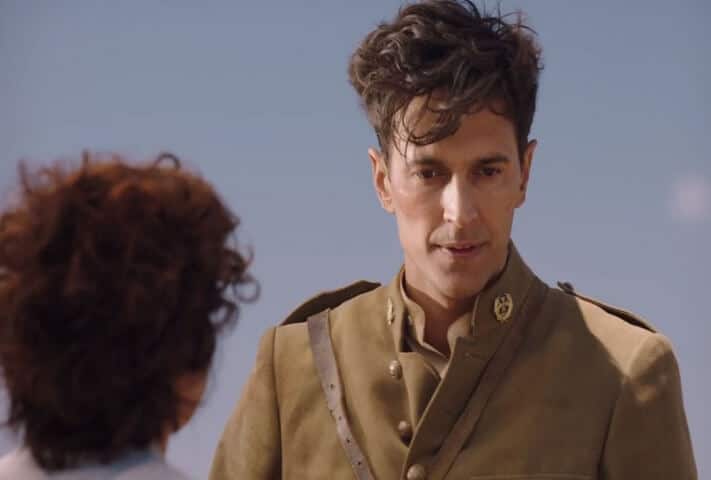 Fed up, Pilar suddenly turns around and pushes Luis in anger. As she reminds Luis how he left her to pick up the pieces of her life, humbled he tries to apologize for her pain. While Pilar has none of it and takes everything he says as an excuse, he reminds her that he wrote her a letter. She blows him off, saying: “What, saying you didn’t love me?” Luis, windblown and exhausted, leans down and insists:

With this confession, Luis’s side of the story comes out. His family forced him to leave Pilar without saying a word. Pilar can’t believe it, doesn’t want to believe it – because if she does, the stoic exterior she presents to the world will crumble. Everything she thought she knew, as she spent eight years trying to forget Luis,  is for naught. During all this time, they both still loved one another. 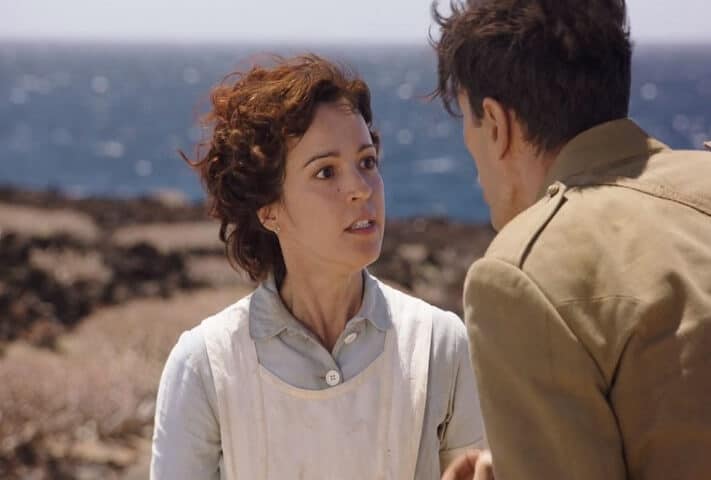 Pilar’s expression in this moment of realization is what drew me deeper into this romantic moment. Her eyes, inviting to her patients but always cautious, fill with unspoken feelings. Disbelief at Luis’s words. Anger at the past. Regret for not having learned sooner. Even though she doesn’t want to admit it, a flicker of relief and hope for their relationship is written in her searching eyes. Without saying a word, Pilar affirms the truth – she is still deeply in love.

Luis leans down, gently placing his forehead against hers, whispering “I’m sorry.” This energetic doctor who has a habit of using ten words when five will do – and is all the more endearing for it – finds himself speechless. They share a small kiss, but Pilar moves away first and slaps Luis. He too speaks with just his eyes. He gazes at her, first angered at the slap, then as if to ask what Pilar is really feeling. When her eyes tell him she is afraid, he lowers his head in acceptance. Luis cares for Pilar and won’t push her. In the next moment, Pilar steps towards Luis. Now, she invites the kiss, throwing her arms around his neck and standing on her tiptoes. This time, they hold onto one another, as if parched from the years of separation. 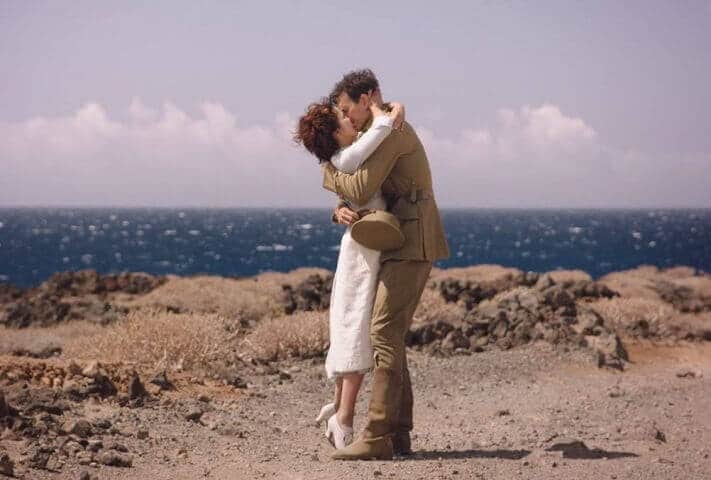 What will happen when Pilar and Luis return to the hospital? Will they be able to start again in the midst of war – or has too much happened in eight years for them to find happiness?

Have you seen Morocco: Love in Times of War (You can watch it on Netflix!)? Who is your favorite couple in this romantic wartime drama? Let me know in the comments!

Our romance-themed entertainment site is on a mission to help you find the best period dramas, romance movies, TV shows, and books. Other topics include Jane Austen, Classic Hollywood, TV Couples, Fairy Tales, Romantic Living, Romanticism, and more. We’re damsels not in distress fighting for the all-new optimistic Romantic Revolution. Join us and subscribe. For more information, see our About, Old-Fashioned Romance 101, Modern Romanticism 101, and Romantic Living 101.
By Natalya Carpenter on March 10th, 2018

2 thoughts on “Romantic Moment of the Week: Luis and Pilar from ‘Morocco: Love in Times of War’ – When Words Fail Us”