At the height of his literary career, Charles Dickens meets young actress Nelly Ternan and falls in love. A fragile connection forms between the two and Nelly becomes the center of Charles’ universe. Young and naïve, Nelly eventually succumbs to the Charles’ magical pull on her. Yet, her doubts remain and add to the tension between them. Despite this, their devotion to each other is true. Nelly becomes the secret in Charles’ life. She was the invisible woman; Charles’ inspiration and muse. Directed and starring Ralph Fiennes, The Invisible Woman also stars Felicity Jones, Kristen Scott Thomas, Tom Hollander, and John Kavanagh.

The Invisible Woman is unexpectedly tender. It is a quiet story without sweeping declarations of love. Instead, it is a deeply emotional drama. The film follows the slowly growing love between Charles and Nelly. In addition, the focus is on the consequences of their relationship; the impact on family and on themselves. There is remorse and guilt over this relationship. What’s fascinating about this story is Nelly’s reluctance to become Charles’ lover. Her resistance to the pull of his magnetism is truly beautiful to watch, all the more so for her eventual surrender to her own feelings. 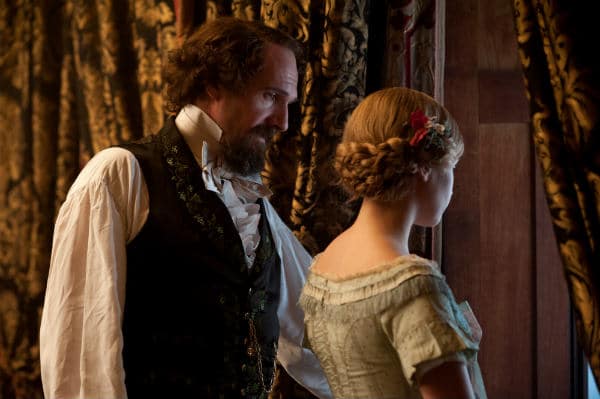 Many will find the slow pace of the film frustrating. However, the pacing is deliberate. Each scene, every line, every gesture, every look serves a purpose. There is nothing superfluous or unnecessary. Even the dialogue is vague; sentences ending into trailing silence. While frustrating to some, I found it added to the delicate telling of this story. Furthermore, the supporting cast is brilliant. The roles they play in Charles and Nelly’s relationship is intentional. From inception to the closure of the affair, there was a purpose to each character.

The Invisible Woman Herself 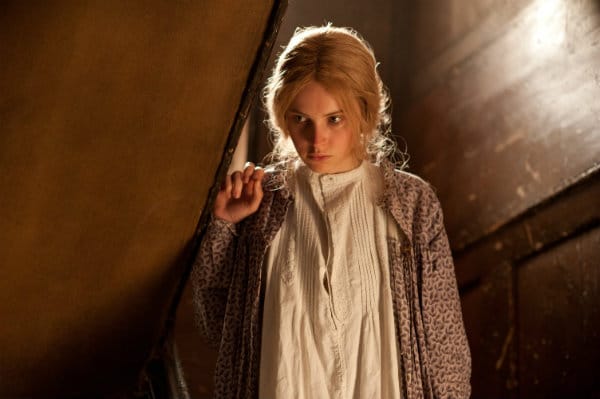 As Nelly, Felicity Jones evoked two different characters. First, there was the child-woman. Attracted to Charles, Nelly carefully navigates the throes of first love. Innocence clings to her every move and expression. Her thoughts and voice are guileless. As an actress, Nelly does not have the talent of her sisters. Her mother sees this. So, Mrs. Ternan contemplates the benefit of Nelly being Charles’ mistress. Nelly overhears this discussion with horror. No one told her that her future was unclear. She feels somewhat lost. This could have made her an easier mark for Charles. Yet, it does not. Though attracted to him, Nelly does not let her heart guide her. She relies on her mind. She does not simply just fall into his arms. 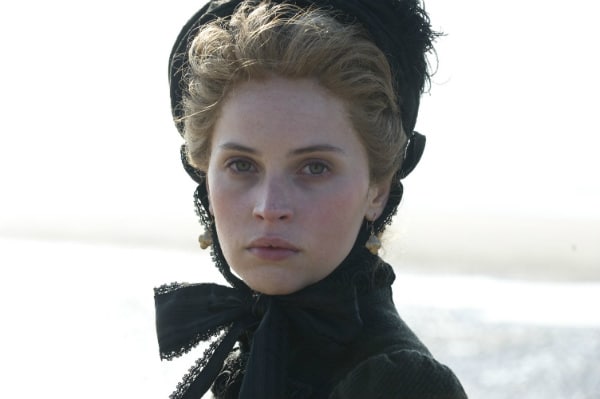 Then, there was Jones’ “present day” Nelly. Gone is the innocent girl of the past. It is years after her affair with Charles Dickens and remorse and guilt cling to her. Now a wife, mother, and teacher, Nelly’s feelings for Charles roar unexpectedly to the surface due to a school play. Yet, no one knows. She repackaged her history with Charles into something far more innocent. Tormented by the deception and her buried emotions, Nelly tries to drown those feelings. Present day Nelly struggles with her past and the effect that the past is having on her present. 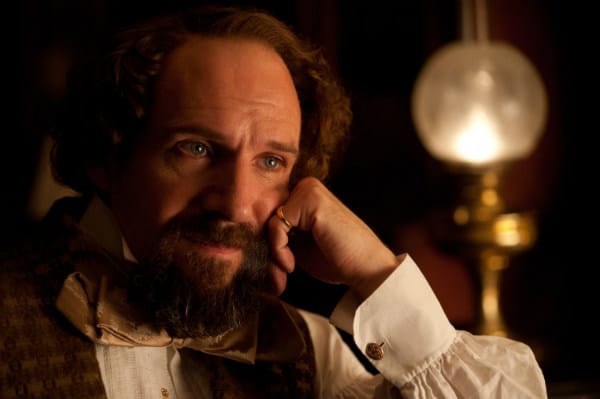 Ralph Fiennes captures the haughty arrogance of Charles Dickens perfectly. Despite his vanity, Charles displays an unexpectedly sensitive side as he falls for Nelly. There is a hesitancy in Dickens’ approach. This is likely due to Nelly’s innocence and fiercely protective mother. Yet, at the same time, Charles expects Nelly to surrender to him. Charles is at his best when putting on a show. And, he puts on quite the show for Nelly. He uses his greatest weapon to convince her: words. It is a line from a draft of Great Expectations that finally captures Nelly. The moment is quietly beautiful. But, not without consequences. During his pursuit of Nelly, we see Charles’ insensitivity to his family. Especially towards his wife.

Joanna Scanlon is wonderful as Catherine Dickens. Her stoic bearing contrasts beautifully with Charles’ insensitivity. Her emotions are in the smallest movement of her hands or the flash of her eyes. It is in the tone of her voice when she calls on Nelly. Despite Charles’ betrayal, Catherine remains quiet in her pain. Nonetheless, she protects his secret. In his arrogance, Charles does not care that he is hurting his family. Charles only sees what he wants. In addition, he only cares about protecting his reputation and, perhaps, Nelly’s.

Final Thoughts on The Invisible Woman

The film made me curious about Charles and Nelly’s relationship. How long did it last? How accurate was the portrayal? I thought this was a fleeting moment in time. To my surprise, their love affair lasted 13 years. It only ended with Charles’ death. The true story of Charles and Nelly’s romance is not typical. Everyone kept their relationship a secret. However, after the death of Dickens’ last living child, stories emerged. The movie captures the tale much like it occurred in real life. Ralph Fiennes deliberate telling is like listening to a grandparent tell a story of a different time. As a result, it gives the film a dream-like quality that adds to the quiet unfolding of love and eventual freedom from the past.

The Invisible Woman is available free to STARZ subscribers or to rent on your favorite streaming service.

Content Warning: Rated R for some sexual content and a flash of nudity as a woman changes.

Have you seen The Invisible Woman? Tell me what you thought in the comments below!

Our romance-themed entertainment site is on a mission to help you find the best period dramas, romance movies, TV shows, and books. Other topics include Jane Austen, Classic Hollywood, TV Couples, Fairy Tales, Romantic Living, Romanticism, and more. We’re damsels not in distress fighting for the all-new optimistic Romantic Revolution. Join us and subscribe. For more information, see our About, Old-Fashioned Romance 101, Modern Romanticism 101, and Romantic Living 101.
Pin this article to read later! And make sure to follow us on Pinterest.
By Catherine on August 8th, 2017