In 1965, I Dream of Jeannie aired on NBC and would run for five seasons.  I Dream of Jeannie ran at the same time as Bewitched and The Monkees. The first season was in black and white, but the later seasons were in color. The show starred Barbara Eden and Larry Hagman. Eden starred as Jeannie the genie and Hagman starred as Major Tony Nelson, Jeannie’s reluctant master.

I Dream of Jeannie Plot

In the pilot episode, we meet Major Tony Nelson, a young and handsome astronaut. Engaged to the General’s daughter and about to set out on a mission, everything is going well for Tony. Unfortunately, while on his mission, something goes wrong. Tony finds himself on an island in the South Pacific. While there, he finds a bottle and, when he opens it, discovers a genie inside. This genie is Jeannie, a lovely blond spirit who saves him and helps him get back home. He sets her free, but she decides to go with him to Florida. Jeannie is determined to become a part of Tony’s life. So, once she gets to Florida, Jeannie inserts herself into his life. Once there, she begins to grant his wishes and his whims. Often, her attempts to help end up causing Tony a ton of trouble. With his fellow astronauts wondering what is happening in Tony’s mind and NASA’s doctor trying to explain all the strange things that happen to Tony, I Dream of Jeannie is a ton of fun.

I Dream of Jeannie was a unique show in many ways. First, for most of the show’s run, Jeannie and Major Nelson were not married but still lived together. It is also important to remember that all the magic was done with practical effects. From Jeannie’s shrinking and her floating to all the things that she creates or summons was done with these effects.

RELATED | Good Witch Season 4 Review – Romance is in the Air!

The show is also interesting when it comes to Barbara Eden’s costume. After the pilot episode, Barbara Eden was pregnant. Rather than recast her, the production team decided to simply wrap her in her veils to hide her baby bump. During the second season, her belly button was uncovered at times. In season three, the censors told the team that her naval needed to be covered.

Major Tony Nelson is an intelligent astronaut. He is a member of the Air Force and works with other members of the military in the space program. Tony has a life that is orderly and neat. He has a career that he loves and a wonderful fiancé, but his adventures in the South Pacific change him. When he finds Jeannie, she turns his orderly life upside-down. Now the neat military man finds himself living with a fun-loving and mischievous genie. 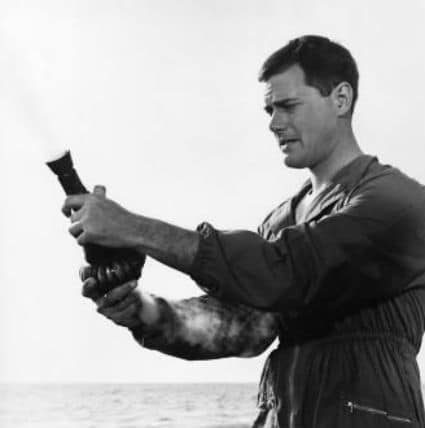 Then there’s Jeannie! Having been cooped up in her bottle for 2000 years, Jeannie is determined to have fun. While she is always getting Tony into trouble, she is only trying to help him. Jeannie is also always learning about life in her new land, trying to figure out the best way to live in her new world. Her magic is wonderful, but also frequently causing problems for everyone around her.

Roger Healey is a member of the Corps of Engineers and Tony’s best friend. He is one of the people who learn about Jeannie’s true identity later on in the show. Another important character is Doctor Bellows, a medical officer who is curious about why Tony is acting so strangely.  If he thinks Tony is crazy, he will have him removed from the space program.

There is clearly chemistry between Jeannie and Major Nelson. Tony is reluctant to fall for the magical and mystical Jeannie, although he is clearly attracted to her. She is persistent, however, and as time goes on, they begin to form a relationship. They become friends, but the chemistry is still there in a big way. From the beginning of the show until their marriage in season five, Jeannie is trying to convince Tony that they belong together. This takes the form of trying to arrange their marriage and sabotaging Tony’s dates. 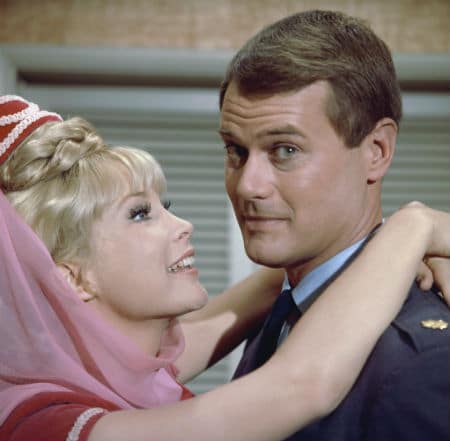 From Tony’s fiancé, the other girls that Tony dates, Jeannie’s sister, and the men who show an interest in Jeannie, there are plenty of obstacles to their romance. The biggest obstacle that they face seems to be the fact that Jeannie is magic, and Tony is not. Jeannie also has a bad habit of getting Tony into trouble. Luckily, she is always there to get him out of it. Eventually, they figure out their relationship.

I’ve heard lots of criticism that I Dream of Jeannie is a sexist show, but I would disagree with that. Jeannie does not just do what Tony tells her to do; she is very much her own woman. The times that she does listen to him are because he’s still, technically, her master. There are also some jokes that can be a little dated. Just remember when you are watching I Dream of Jeannie that it was made in the 1960’s.

I love this show. I have always thought that I Dream of Jeannie is funny. The story is interesting, the effects are unique, and the characters are a lot of fun. I also love the relationship between Tony and Jeannie. It slowly grows from friendship to love and is overall very entertaining.

Content Note: There are moments of risque humor as well as some adult situations. But it’s rated TV-G.

Where to Watch: I Dream of Jeannie is available to buy on Amazon Video, VUDU, iTunes, Google Play, Youtube, and DVD.

Have you seen I Dream of Jeannie? Did you enjoy it? Let me know in the comments…

Our romance-themed entertainment site is on a mission to help you find the best period dramas, romance movies, TV shows, and books. Other topics include Jane Austen, Classic Hollywood, TV Couples, Fairy Tales, Romantic Living, Romanticism, and more. We’re damsels not in distress fighting for the all-new optimistic Romantic Revolution. Join us and subscribe. For more information, see our About, Old-Fashioned Romance 101, Modern Romanticism 101, and Romantic Living 101.
By Bailey Cavender on May 8th, 2018