The name of Doris Day is almost synonymous with the romantic comedies of the Sixties. In a ten year period from 1958 to 1968, she starred in over ten comedies with leading men like Clark Gable, Cary Grant, James Garner and Jack Lemmon among others. But of all her rom-com co-stars, she is best remembered for her three films opposite Rock Hudson. Even today, decades later, their names are irrevocably linked. Lover Come Back is the second of their three films together.

Lover Come Back – What It’s About 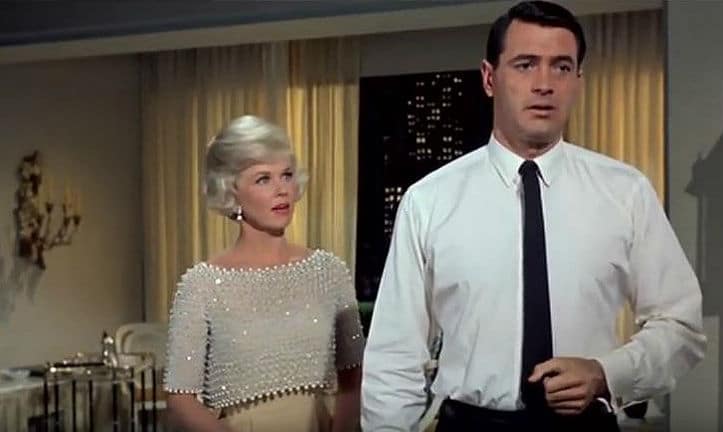 Carol Templeton and Jerry Webster have never met, but they work for competing advertising agencies in New York. Carol loves the creative challenge of her job. Jerry prefers to court potential clients with wining, dining and women.When Carol loses a huge account to Jerry’s less than savory sales approach, she is enraged. She reports him to the advertising council and vows to do whatever it takes to win the next big potential account.

Though a thorn in his side, Carol isn’t Jerry’s only problem. His sniveling, neurotic friend, Peter Ramsey, who is also his boss, has returned determined to take the reins of Jerry’s ad agency. Not to mention, one of the women he uses to lure in customers is threatening to spill his secrets if he doesn’t fulfill his promise of putting her on television. All of these challenges force Jerry into a creative, but risky solution with unintentional consequences. He creates a demand for a product which doesn’t exist!

In the meantime, Carol is on the hunt to steal Jerry’s big account for a new product called VIP. In the process, she runs into Jerry, who she believes to be an important scientist, Dr. Linus Tyler. Once Jerry gets an eyeful of his female antagonist, he decides to play along. Because he knows she won’t give him the time of day as himself.

After the undisputed success of Day and Hudson’s first comedy Pillow Talk, they were immediately re-teamed for a very similar film in Lover Come Back. Also along for the ride, was Tony Randall, whose third wheel performances are one of the highlights of the Day-Hudson collaborations.

Doris Day comedies often featured her all-American, wholesome image and this film is no exception. But you might be surprised by how risque the innuendo becomes in Lover Come Back. This movie does a great job with playing on words and phrases, taking the innocent into the downright suggestive. The dialogue itself is brisk, witty, and downright fun as the battle of the sexes between Carol and Jerry play out. 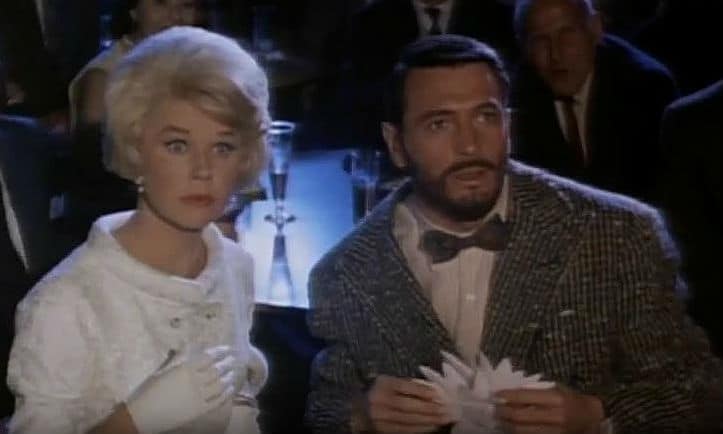 But the best lines are reserved for Tony Randall playing the silly, clueless millionaire boss Peter Ramsey. As excellent as Doris Day and Rock Hudson are in their roles, Randall steals almost every scene he is in. One of my favorites is when he goes on a rant about the disadvantages of being born wealthy. It is ridiculously funny and yet he is so sincere in his cluelessness.

RELATED: Down With Love, Maybe, But Not With Ewan McGregor’s Hotness

Along with the dialogue, another highlight of Lover Come Back is the 1960’s style and décor, which graces Doris Day and her apartment. Along with Audrey Hepburn, I consider Day one of the best dressed women of films from this era. In Lover Come Back her innocent image is highlighted, by structured, lady-like ensembles in whites and pastels with perfectly matching hats and accessories.

In fact, Day wears one of my all time favorite film costumes in this movie when Carol Templeton is hosting Jerry/Linus in her apartment for dinner. Her apartment is decorated along the same lines, with lots of yellows, blues and whites. Though it does date the film, the style remains classy. In contrast. Jerry’s apartment and wardrobe look remarkably modern even by today’s standards.

There is nothing groundbreaking about Lover Come Back. But it remains a classic, simply because it is so much fun to watch. Though it does retain a bit of the old-fashioned view of a “woman’s place”, for the most part it allows the female lead to be just as strong and independent as her male counterpart. With it’s classic cheery style, excellent script and perfect casting, it is a film I always enjoy watching. It is also one I wholeheartedly recommend if you are in need of lighthearted entertainment.

Content Note: Aside from some sly, sexual innuendo, there is nothing overly objectionable.

Where to Watch: Available on DVD. Lover Come Back can also be rented from Amazon or iTunes.

Our romance-themed entertainment site is on a mission to help you find the best period dramas, romance movies, TV shows, and books. Other topics include Jane Austen, Classic Hollywood, TV Couples, Fairy Tales, Romantic Living, Romanticism, and more. We’re damsels not in distress fighting for the all-new optimistic Romantic Revolution. Join us and subscribe. For more information, see our About, Old-Fashioned Romance 101, Modern Romanticism 101, and Romantic Living 101.
By Brittaney B. on April 11th, 2018