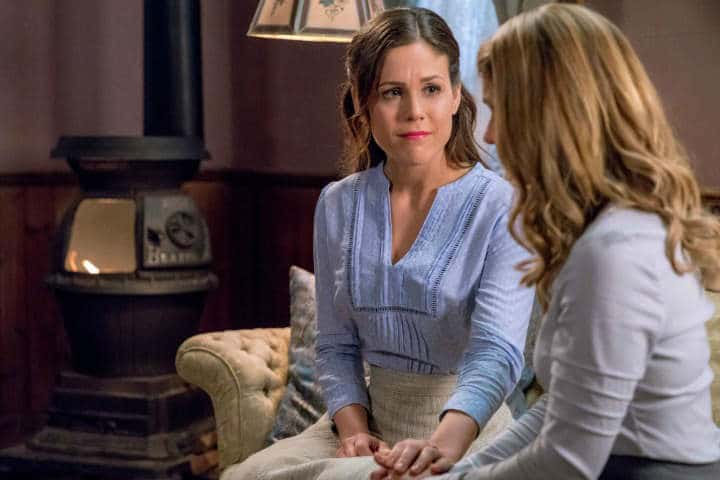 When Calls the Heart, Heart of a Fighter Recap

Sunday night, the fourth season of When Calls the Heart came to an end. All of the emotional upheaval, heartbreak, romance (still swooning over a certain proposal), and joy came down to this final hour.

RELATED  |  When Calls the Heart, Heart of a Secret Recap – Return to Normal (Plus, a New Romance Blossoms!)

Last week left us hanging with a deathly ill Cody, and that’s where the majority of time is spent in this final season four hour. There are highs and lows, but what’s always assured is a poignant hour in which genuine sentiments and emotions are the character-driven forces. 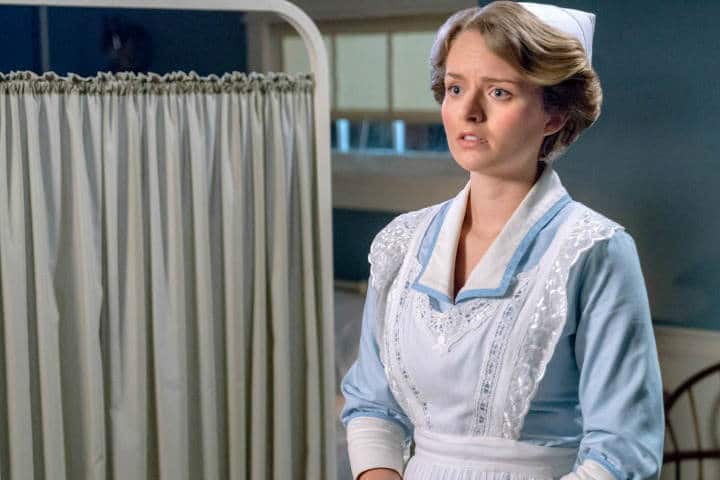 As Faith is the only medical professional in Hope Valley, the young nurse is ill-equipped to deal with a serious aliment. But with the nearest doctors too far away, the town bands together to find Carson Sheppard. Having only just left, he can’t have gone far is their logical assumption. Volunteers set out (including a determined Elizabeth!) while Abigail keeps vigil at Cody’s bedside.

It’s Elizabeth who finds him and convinces him to return with her. Once back in Hope Valley, Dr. Sheppard confirms Faith’s best guess diagnosis: Cody is suffering from appendicitis. He needs to be operated on immediately, but it’s risky. With Carson’s past coloring (some of) her judgment and another doctor’s differing diagnosis (Cody has only a virus), Abigail hesitates. She chooses to wait a day which almost sends Carson packing again. She asked his advice, he gave it and now it’s time to leave.

Before he can, Elizabeth finds him, and as she so often does, she convinces him to stay. (When will everyone learn, Elizabeth doesn’t take “no” for an answer!?) 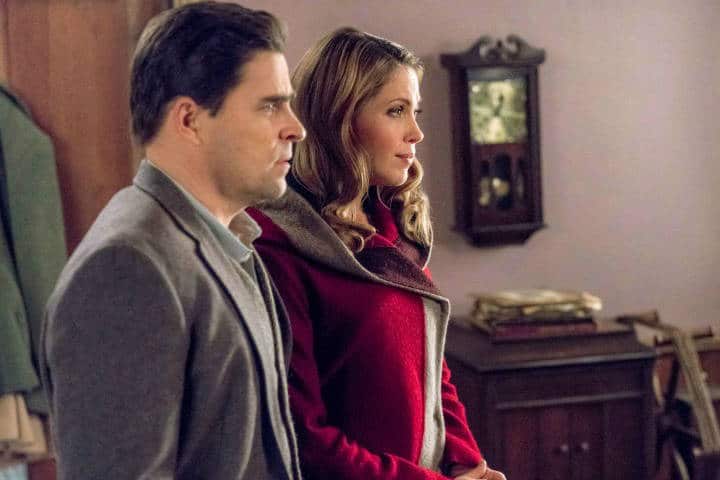 Later, Cody worsens and an emergency surgery is needed. With her faith and friends, and a tearful expression, Abigail gives her permission.

Memories of the Past

Cody’s dreadful ordeal stirs up bad memories for Lee. Frustrated she cannot figure what troubles her husband, Rosemary finally forces him to open up. This illness reminds Lee of his own brother, a brother named Patrick who he lost too young. With tears streaming down his face, he confesses his feelings of guilt to his wife.

You see, the night before his death, he broke a promise to his brother because he was “tired.” The following day, he never had the chance to make it right because his brother died. 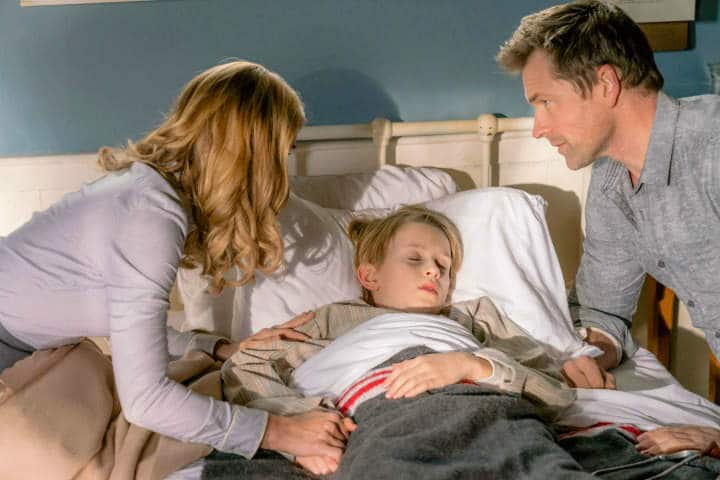 Hope Valley comes together to pray for Cody’s recovery as they prepare for a long night in the aftermath of his operation. Between the skilled hands of Dr. Carson and their prayers, Cody recovers. None too soon either! It’s his birthday and Miss Abigail, along with the entire town is ready to celebrate with him. With his friends and sister at his side, presents, cake and of course, a very happy Abigail round out the day. The greatest gift of the celebration is not only Cody’s health but adoption papers. Abigail is now officially Cody and Becky’s mother. They can now refer to her as “mom.”

Elsewhere, Henry Gowen is also transferred. Before he is, he shows compassion. It would seem he has a soft spot for Mayor Stanton. He asks Bill to delay his transfer a day so he’ll know whether or not Cody pulls through. As he leaves, he and Abigail share a goodbye in which he tells Abigail he’s glad her son pulled through. In return, she thanks him for the care and concern. It’s an interesting, touching moment that begs the question, could Gowen be back? And if so, what is this connection between him and Abigail?

As the weeks pass, Cody gains greater strength, they form a new family and life moves on. Elizabeth writes her beloved Jack asking him to “hurry home” as the episode ends to a whole and happy Hope Valley.

Season four is now over which brings with it a myriad of speculation, thoughts, and queries. Firstly, will there be a fifth season? I suspect there will be (it’s one of Hallmark’s highest-rated series). Beyond this, who knows what a (potential) fifth season will bring with it.

Will Jack return and reunite with Elizabeth? Are wedding bells to be their future?

Will Faith and Shane pursue courtship?

Is Carson Shepard going to be able to stay in Hope Valley and serve as its doctor?

All of these questions and more beg answers. If I had to wager my best guess (based on four seasons of When Calls the Heart and fan enthusiasm), I’d guess the writers won’t disappoint when it comes to this show’s main ship, Jack and Elizabeth. I’ll be very surprised if there isn’t a happy end. Whether that will be in a serial television format or a TV movie that wraps the story up, either way, it’s bound to happen.

What’s more, this show reminds us of everything good in the world. From redemption to forgiveness, love to faith, there is a beautiful simplicity to its old-fashioned storytelling.

Until then, speculate, fangirl or enthuse down below! I’d so love to read your thoughts on last night’s finale or what’s yet to come in the lives of Hope Valley residents.

Our romance-themed entertainment site is on a mission to help you find the best period dramas, romance movies, TV shows, and books. Other topics include Jane Austen, Classic Hollywood, TV Couples, Fairy Tales, Romantic Living, Romanticism, and more. We’re damsels not in distress fighting for the all-new optimistic Romantic Revolution. Join us and subscribe. For more information, see our About, Old-Fashioned Romance 101, Modern Romanticism 101, and Romantic Living 101.
Pin this article to read later! And make sure to follow us on Pinterest.
By Rissi JC on April 24th, 2017