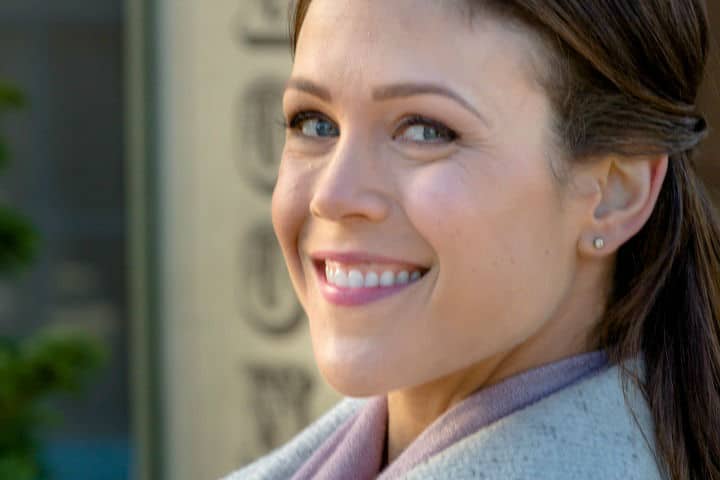 When Calls the Heart, ‘Heart of a Secret’ Recap

Sunday night, the next-to-last episode of fan favorite, When Calls the Heart aired. Though its conclusions may disappoint some, it’s actually one of the most enjoyable episodes with a great “cliffhanger” lead into next week.

Before we get into the “why” of this, I’ll say this. No, Jack Thornton doesn’t come strolling back to Hope Valley. That said, this installment does the next best thing; the writers help teach Elizabeth how better to cope with the separation.

A Glimpse of the Future

Leading into the cliffhanger that I tease in the opening (something we’ll look at later on!), there were two “big stories” this go round. The first is a lighthearted journey that gives Elizabeth a peek into what motherhood is like. It begins when she volunteers to keep her young student, Opal. With an ailing grandmother, and parents who need to attend to her, Opal’s mother is grateful to have a safe place for her daughter to stay and the little girl is happy to continue school.

Elizabeth finds herself in over her head during Opal’s stay. From sugar rushes to messy clothes, she realizes teaching and motherhood are two very different things. But the longer she has Opal, the more her heart melts towards her already loved student. Opal reminds Elizabeth of the importance of trust. Specifically, trust that God is watching over Constable Thornton.

A reminder that rewards when a Mountie passes through Hope Valley with reassuring news. Despite the lack of letters, Jack is alive, well and often speaks of Elizabeth.

It begins when a woman steps off the stage and immediately seeks out the sheriff. Bill then brings her to Abigail where she recounts her story. She claims Carson Sheppard is a murderer.

This, to me, seems overblown, and as it turns out, it is. It’s the result of a bitter, grieving woman rather than one speaking truth. You see, Carson was a doctor who, to save his wife, performed a risky operation. The operation failed. The woman, Ellen (Carson’s sister-in-law) makes lawsuit plans with a goal to see him in jail.

Bill investigates the validity of her story on behalf of Abigail. Turns out, the medical board cleared Dr. Sheppard of any wrongdoing. But it’s too late. The damage is done. Carson tells Abigail it’s time he leaves. It would seem the secretive man cannot stay in a town where everyone knows his secrets and the painful details of his past. Last we see of him, he thanks Abigail for her kindness, and walks away.

While those are the more important stories in “Heart of a Secret,” many other stories play out or start to blossom. Here’s a rundown. 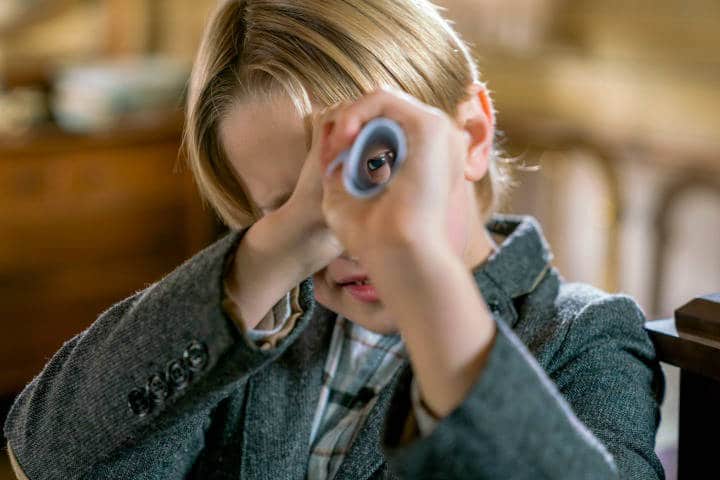 – Abigail returns to the mayor’s office; Russ Wyatt takes over his brother, Ray’s job at the rail way.

– As a surprise for Cody’s upcoming birthday, Abigail arranges to have his sister, Becky visit. With all of her studies, Becky seems to have less time for her young brother as she grows up, and wants different things than him.

– Rosemary begins her work in the dress shop. As work is slow (no one wants to pay the high costs Rosemary’s designs require), Lee decides to place an order for uniform shirts. Though this helps boost his wife’s spirits, they do have a (lovable) disagreement over the shirt’s design.

– You may remember, weeks ago, I had a thought that perhaps Faith and Carson might start something. That speculation seems to be wrong. Instead, Faith and Shane Cantrell express interest in courtship. Their one obstacle? Shane’s young son, Phillip is feeling some anxiety over the chance he’ll lose his father. With the help of Elizabeth, he comes to discover, Faith isn’t such a bad person – plus she likes bugs! We leave them after a first date, and a sweet kiss that promises a second will follow. 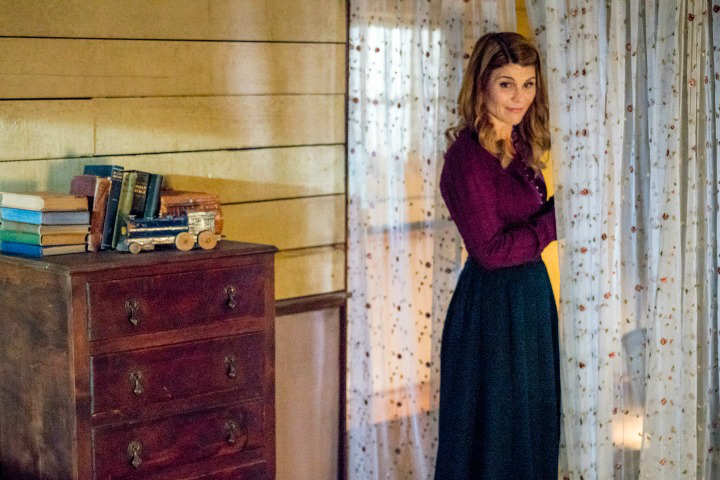 And finally, for that ending! We leave a character in danger and a preview of the season finale. Cody’s recent lethargic behavior isn’t simply heartbreak over the gap between himself and his sister. There is something wrong with him. In the final seconds, he collapses on the stairs, clutching his side as a frantic Abigail and Becky rush to his aid.

Next week’s preview brings Carson back as the person who can (perhaps) save Cody with a risky operation. His return signals a chance for redemption and proof that he is more than one terrible mistake. It’s an episode that looks roller-coaster emotional worthy.

The preview also hints at some sense of resolution with Jack and Elizabeth. (I suspect it will focus on Cody and his life-threatening illness.) The writers are doing too good a job teasing out Jack’s return. Something I don’t see happening with more than moments left in the finale. Though the chance they’ll surprise us is always a possibility.

Join us next week as we recap the season four finale, “Heart of a Fighter.”

Sound off below with your thoughts on last night’s episode. I’d love to read them. Do you have any speculation about next week’s finale? I’d love to speculate with you.

Our romance-themed entertainment site is on a mission to help you find the best period dramas, romance movies, TV shows, and books. Other topics include Jane Austen, Classic Hollywood, TV Couples, Fairy Tales, Romantic Living, Romanticism, and more. We’re damsels not in distress fighting for the all-new optimistic Romantic Revolution. Join us and subscribe. For more information, see our About, Old-Fashioned Romance 101, Modern Romanticism 101, and Romantic Living 101.
Pin this article to read later! And make sure to follow us on Pinterest.
By Rissi JC on April 17th, 2017