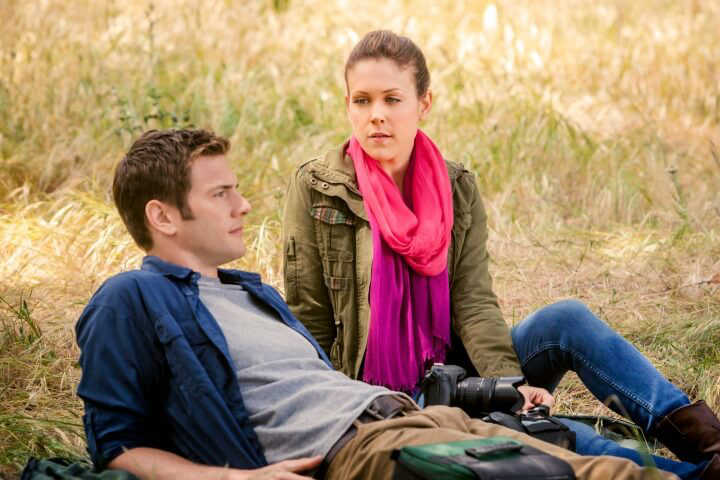 One of the best things about Hallmark is their consistency. Whether the story is more dramatic or romantic, the one thing a viewer can rely on is their sweetheart nature. The same can be said for Chance at Romance, a romantic comedy that’s familiar charm is what makes it shine.

RELATED | 8 Romantic Hallmark Channel Originals to Stay In With

When Calls the Heart star Erin Krakow plays Samantha Hart, a down on her luck coffee shop waitress. A girl who’s had poor luck in love, Sam is ready to meet the perfect guy. When she emails famed photographer Heath Madsen (Ryan McPartlin) sharing how his work has impacted her, the last thing she expected was to hear back from him. But she does.

An email correspondence strikes up between them, one that leads to a kind of friendship. And then Heath invites Sam as to his small-town hometown. Though her sister thinks she’s crazy, she accepts and arrives at Heath’s home expecting a warmer welcome than she receives. Little does she realize that her arrival reveals Heath hasn’t a clue who she is! 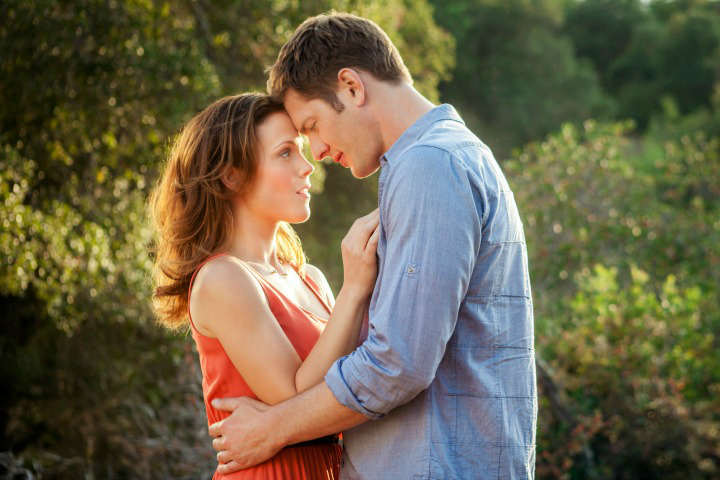 When you’re used to seeing actors play certain roles, it’s odd to see them step outside of those to play different personalities. Such is the case with Erin Krakow. Fans will know her from Sunday’s Hallmark drama When Calls the Heart where she plays a feisty, opinionated teacher living in the 1800s. Contrast this with a contemporary romance and it takes some adjustment. Then there is the leading man, played by Ryan, an actor who I know best from NBC’s Chuck.

Seeing these two paired up is fun especially after being a fan of their respective popular roles. It helps that there is a nice chemistry built between them, and their scenes together have a kind of timeless, rom-com magic. The supporting characters (including Heath’s mischievous son) are also memorable, and also feature Patricia Richardson in the cast list.

The fun doesn’t stop there! From a budding entrepreneur spirit (a business finds roots) to the beauty of life through the lens of a camera, there is plenty to love in Chance at Romance (also known as Friend Request). Those who have liked the cast in other roles, fangirl over the Hallmark Channel (like me) or love the period drama series, When Calls the Heart should make this a must see. Like its peers, it sparkles with light and cuteness.

Content Note: This is rated TV-G, and contains nothing offensive.

Where to Watch: You can catch re-airings of Chance at Romance on Hallmark Channel; check your local listings. Titled Friend Request, you can also see this film on the PixL Movie Channel (YouTube) for a low yearly fee.

Our romance-themed entertainment site is on a mission to help you find the best period dramas, romance movies, TV shows, and books. Other topics include Jane Austen, Classic Hollywood, TV Couples, Fairy Tales, Romantic Living, Romanticism, and more. We’re damsels not in distress fighting for the all-new optimistic Romantic Revolution. Join us and subscribe. For more information, see our About, Old-Fashioned Romance 101, Modern Romanticism 101, and Romantic Living 101.
Pin this article to read later! And make sure to follow us on Pinterest.
By Rissi JC on April 21st, 2017