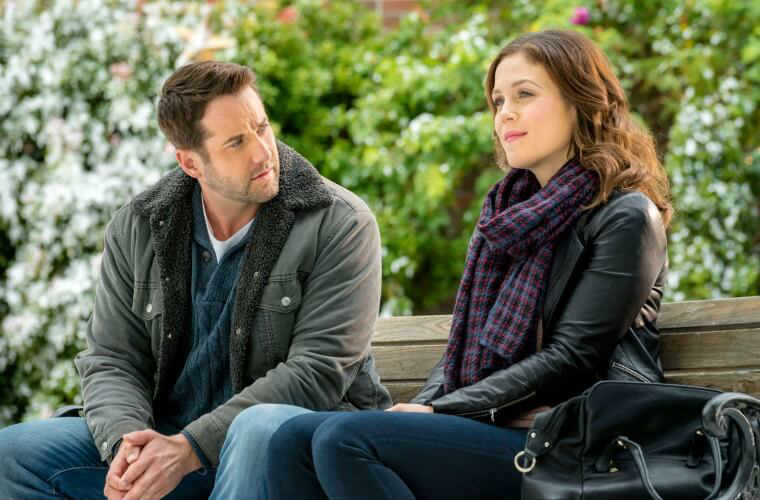 Mixing into their lineup of original scripts, Hallmark adapted a handful of books during their popular Countdown to Christmas campaign. Among them is Robin Jones Gunn’s Finding Father Christmas. Combining the first book with Engaging Father Christmas, the result is this Hallmark film that premiered on Hallmark’s Movies and Mysteries channel.

The story is about Miranda Chester (Erin Krakow), a successful businesswoman living in Seattle (where she works as an interior designer). Miranda begins to wonder about her father when she finds clues about her mother’s past. Among her mother’s old things, she discovers a photo of a boy on Santa’s knee with the name of a photo studio on the back. This inspires her to further investigate the secrets of her mother’s past.

The clue takes her to a small Vermont town where she sets about following the trail of clues. With the help of the inn owner’s son, Ian (Niall Matter), the answers she uncovers cause Miranda to second-guess everything.

As with each Hallmark film, the bevy of familiar faces that appear in ‘Father Christmas’ is many. From Niall Matter (Stop the Wedding) to Wendie Malick (After All These Years), you’re sure to spy a favorite. But there is none more familiar than its leading lady, Erin Krakow. Erin is recognizable from Hallmark Channel’s scripted series When Calls the Heart and a handful of their movie originals. Like her co-star, Daniel Lissing (who starred in another Christmas movie), it was great fun to see Erin outside of Hope Valley’s petticoats and wagon trails. 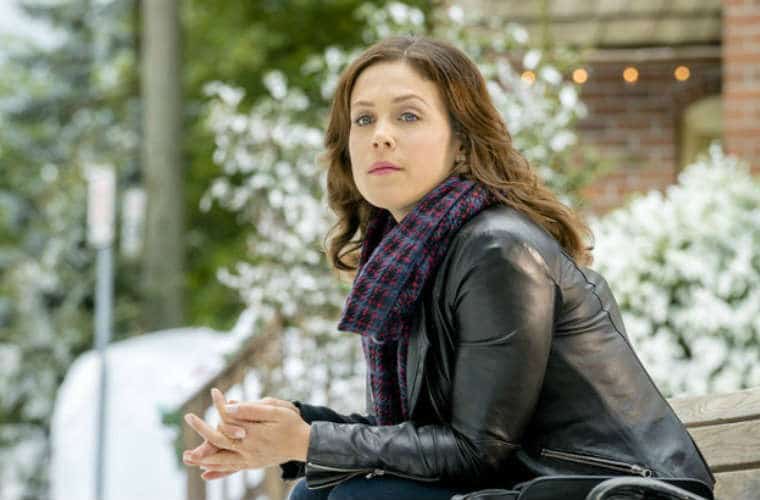 Common to Hallmark productions is a sense of charm and happy personality. But on the flip side, most productions also packs an emotional punch that’s hard to ignore. Finding Father Christmas deals with some cumbersome (positively so) issues that surprise in the best way. Not the least of which is the driving story inspiration behind Miranda’s pursuit to learn the truth regarding her father.

The script reminds us of the importance of family and forgiveness. In the former, value is emphasized, and a cohesive and healthy emotion structures the latter. Though a relationship between Miranda and Ian does form, it’s really a story of Miranda discovering more than just a flourishing romance. It’s about a woman discovering what self-worth means. It’s about family and the impact others (even the memory of them) have on our lives.

In conclusion, ‘Father Christmas’ is a lovely drama to enjoy while snuggled inside during these winter months.

Our romance-themed entertainment site is on a mission to help you find the best period dramas, romance movies, TV shows, and books. Other topics include Jane Austen, Classic Hollywood, TV Couples, Fairy Tales, Romantic Living, Romanticism, and more. We’re damsels not in distress fighting for the all-new optimistic Romantic Revolution. Join us and subscribe. For more information, see our About, Old-Fashioned Romance 101, Modern Romanticism 101, and Romantic Living 101.
Pin this article to read later! And make sure to follow us on Pinterest.
By Rissi JC on December 13th, 2016