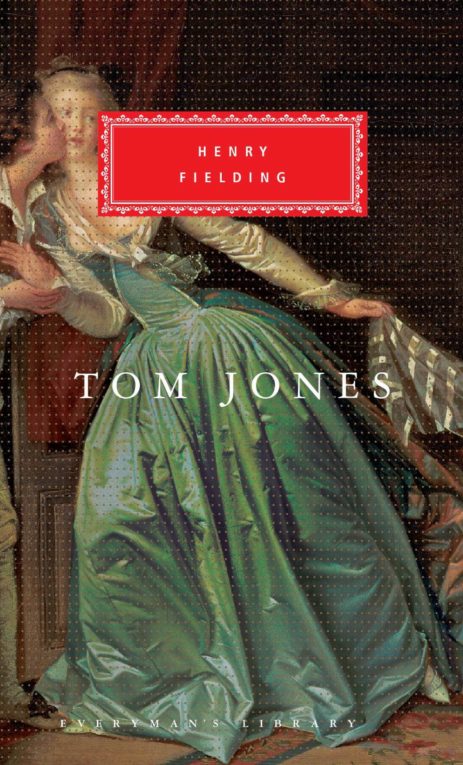 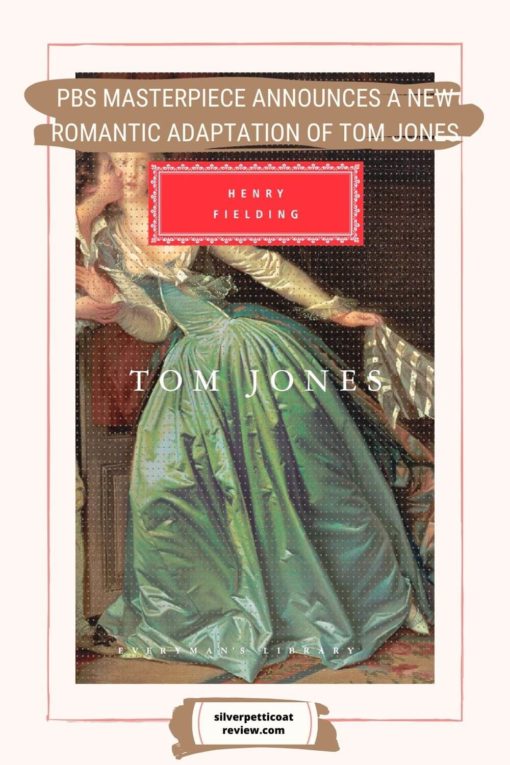 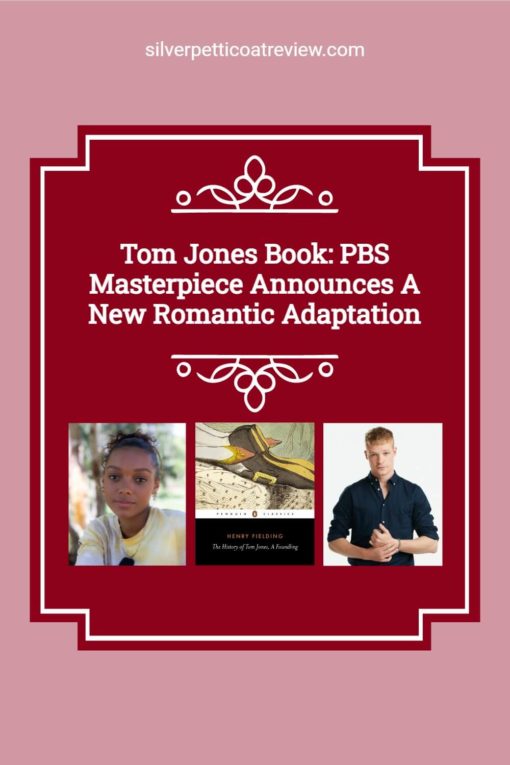 In 2021, MASTERPIECE celebrated its 50th Anniversary. Well, period drama lovers, as momentous as that was, we have even more reasons to rejoice! MASTERPIECE on PBS announced (in September 2021 during the anniversary) an exciting new co-production of Henry Fielding’s classic book, The History of Tom Jones, A Foundling. MASTERPIECE, ITV, and Mammoth Screen (Poldark, Victoria) will partner to adapt, reimagining the Tom Jones book as a four-part TV miniseries.

THE STORY OF TOM JONES – AND A JANE AUSTEN CONNECTION?

The novel follows the adventurous journey of Tom Jones and his quest for real love. Tom Jones was first published in 1749 and “has delighted and scandalized readers” ever since – including Jane Austen!

Yes, Jane Austen was likely a Henry Fielding fan. The mysterious flirtation between Austen and Lefroy is connected to Tom Jones and the color of Lefroy’s coat – matching the character of Tom Jones’ own jacket because Lefroy was “supposedly” a huge fan! You can read Austen’s letters and come to your own conclusions about what Jane Austen meant with her Tom Jones references.

Even so, Austen fans who haven’t read Tom Jones are sure to be pleased by the connection. Janeites (and anyone else who hasn’t read the book yet or doesn’t plan to) will soon discover why the story was so scandalous and delightful!

Solly McLeod, the new actor from the upcoming The Rising, will star as the hero Tom. Sophie Wilde from You Don’t Know Me will play the heroine, Sophia Western.

All in all, they’ve rounded up a brilliant cast for this adaptation.

The other Executive Producers are James Gandhi, Damien Timmer, and Helen Ziegler for Mammoth Screen. For MASTERPIECE, Rebecca Eaton and Susanne Simpson. And finally, Polly Hill for ITV.

Gwyneth Hughes, the writer and executive producer of the upcoming miniseries, explains her vision:

“Tom Jones is the mother of all romcoms and isn’t that just what we all need after the last couple of years of misery? It’s a story where the sun barely stops shining, where love conquers all, and at its warm heart stand a pair of young sweethearts everyone can root for. Henry Fielding’s 18th century novel is sexy and fun; it’s also a dramatic rollercoaster, addressing so many modern concerns around consent, sexual equality and the pursuit of happiness. …This is a classic adaptation with a wise soul and a great big smile on its face.”

Well, that puts a big smile on our faces! We need more uplifting and happy stories in this world right now. And what’s better than a romantic period drama where love conquers all in the end?

This four-part television miniseries reimagines The History of Tom Jones, A Foundling, Henry Fielding’s classic novel. A picaresque story of the title character’s complicated journey to find real love, Tom Jones has delighted and scandalized readers since it was originally published in 1749.

Solly McLeod (The Rising) stars as the hero Tom, alongside Sophie Wilde (You Don’t Know Me) as the heroine Sophia Western. Written by Gwyneth Hughes (Vanity Fair, Miss Austen Regrets), Tom Jones is directed by Georgia Parris (Mari) and produced by Benjamin Greenacre.

MORE ABOUT THE ADAPTATION

James Gandhi, one of the Executive Producers from Mammoth Screen, explains why we should all be excited about this new reworking of the book:

“With Gwyneth Hughes’s masterful scripts, Georgia Parris at the directing helm and rising stars Solly McLeod and Sophie Wilde leading the cast – we couldn’t be more excited to bring this joyous 18th century story of identity and romance to the screen.”

Susanne Simpson, the Executive Producer of MASTERPIECE, has even more lovely things to say about the adaptation:

“Tom Jones is one of the most joyful, big-hearted romances ever written. We’re delighted to add it to the long list of MASTERPIECE classic adaptations. Mammoth Screen is the ideal producer to bring together a brilliant writer, exceptional director and outstanding cast for this ambitious project.”

With Mammoth Screen behind popular period drama productions like Poldark, Endeavour, and Victoria, we couldn’t agree more that they are the ideal producer!

But how will the classic novel play to a modern audience? Director Georgia Parris explains:

“This production of Tom Jones is an escapist romp into the sights, sounds and textures of 18th century England. It is an intimate story that shows how love and desire drive and confound us all, both women and men. I can’t wait to get started on telling this classic story, one of the first ever English novels, and making it resonate with a modern audience.”

So, where and when will they film Tom Jones? The funding for the miniseries comes from Northern Ireland Screen; thus, it “will film entirely on location in and around Belfast this autumn.”

Richard Williams, the Chief Executive of Northern Ireland Screen, reveals that they are “delighted to be working alongside Mammoth Screen, MASTERPIECE and ITV on the latest drama to film in Northern Ireland. We are sure audiences around the world will enjoy this exciting adaptation of Henry Fielding’s classic novel.”

How do you feel about this new adaptation of the Tom Jones book? Are you as excited as us about the colorblind casting? Will you watch Tom Jones on PBS? Let us know in the comments?