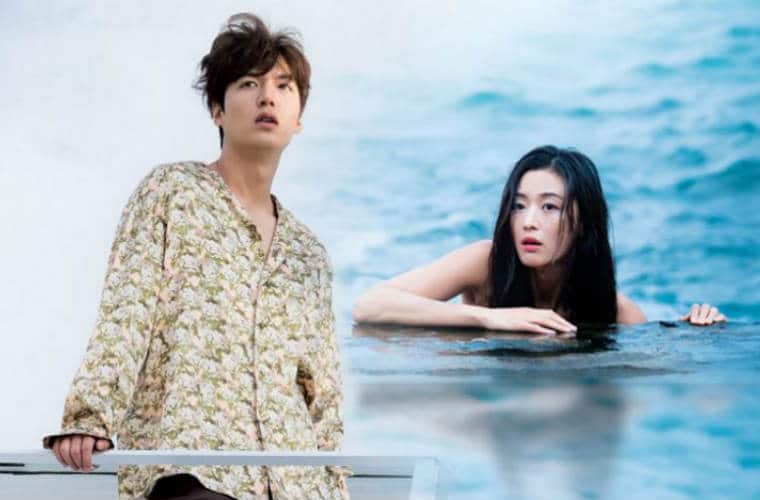 The Legend of the Blue Sea Review

The Legend of the Blue Sea finally premiered weeks back on Viki to much excitement! After this show ends (thanks to all the good buzz), I wouldn’t be surprised if mermaid TV shows became the next big trend. Rarely do we get to watch a romantic show (about adults) that focuses on mermaid folklore. (Honestly, aside from films like Splash, I can’t even think of one.) With several trailers released internationally, The Legend of the Blue Sea has the potential to be a massive success worldwide.

From the creator of My Love From Another Star (a swoony series about an alien falling in love with a human), The Legend of the Blue Sea definitely lives up to the hype thus far. Set between modern day and the 16th century (so the already amazing premise is also part period drama), the show tells two stories (purposely played by the same actors) about a human man falling in love with a mermaid. How the two connect plays out as another mystery.

Inspired by a Korean folktale, the 16th-century story follows a captured mermaid and the human man who saves her. But there is ill fate involved much like a magic curse, an ill fate that continues to modern day. Reborn, or at the very least a doppelganger of some sort, Heo Joon-jae is now a con man who crosses paths with a woman who has no understanding of how to act in society. Believing she has amnesia, he feels drawn to her and helps the strange, yet beautiful woman following him around. He has no idea she is actually a mermaid until her secret gets outed to save his life.

However, in order to protect her secret, the nameless mermaid erases Heo Joon-jae’s memory of her with a kiss. All he can remember is a voice that says, “I love you.” It’s all very Little Mermaid esque…

With his memory gone, he doesn’t remember the mermaid when she shows up in Seoul. Once more, he feels drawn to the nameless woman. He allows her to move in with him and gives her a name. Soon, the two begin to fall in love, but fate from the past begins to cross over into the present. The two are even having strange dreams of the past.

With traces of fairy tales present (yes there is an evil stepmother in cahoots with a murderer), an extra magical obstacle gets in the way of our couple’s happy ending. After Shim Cheong (the mermaid’s new name) meets a male mermaid living as a human, she realizes that there is a time limit to her love. If she can’t get Heo Joon-jae to fall in love with her, she will die literally from a broken heart. Can he love her in time? Will he save her from the dangerous murderer out to kill her? Here’s to hoping she doesn’t turn into foam at the end of this mermaid love story! 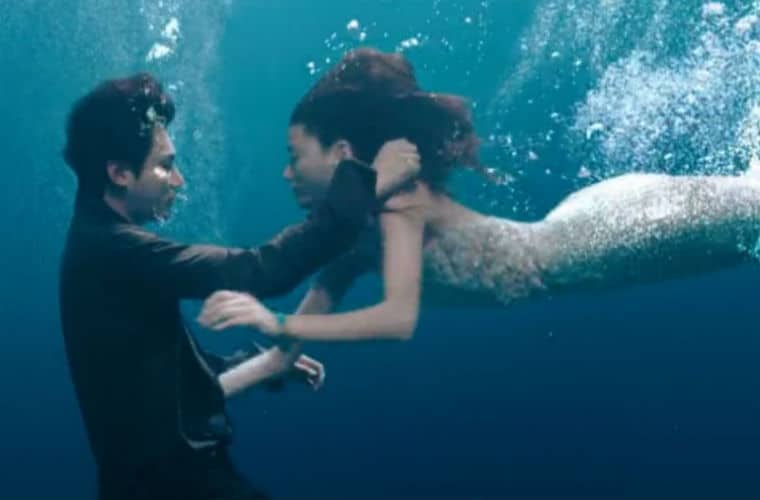 Overall, if you love epic romances, mermaids, fairy tales, or Korean dramas, The Legend of the Blue Sea should be at the top of your Christmas binge list. Seriously. It is just that good and so swoon-worthy you will wish the show could go on forever. From the acting (Boys Over Flowers fans will love Lee Min Ho here), the old-fashioned love story, the mysteries, the strong connection to folklore, to the excellent production quality, The Legend of the Blue Sea proves to be a contender as one of the most epic and romantic shows of all time. You don’t want to miss this one. Be sure to check it out on Viki! The first few episodes are already available for free.

Our romance-themed entertainment site is on a mission to help you find the best period dramas, romance movies, TV shows, and books. Other topics include Jane Austen, Classic Hollywood, TV Couples, Fairy Tales, Romantic Living, Romanticism, and more. We’re damsels not in distress fighting for the all-new optimistic Romantic Revolution. Join us and subscribe. For more information, see our About, Old-Fashioned Romance 101, Modern Romanticism 101, and Romantic Living 101.
Pin this article to read later! And make sure to follow us on Pinterest.
By Autumn Topping on December 21st, 2016