Though long gone, Judy Garland is still famous for her singing voice and her film musicals. Of her forty film credits, there are only three in which she does not sing or dance. The first of these three is The Clock and it proves that Judy was a talented actress in her own right, even without her musical skills.

Joe Allen (Robert Walker), a country boy turned soldier, arrives in New York City with a 48-hour leave. Immediately, he’s overwhelmed by the hustle and bustled of the city and seeks to lessen the effect by making conversation with strangers. While taking refuge in the train station, an accident brings him and Alice Mayberry (Judy Garland) together. Though she has other plans, he convinces her to pass some time with him. Feeling compassion for this soldier, Alice first allows herself to be talked into a walk in the park, then an afternoon at a museum, and finally a dinner date. Alice’s roommate warns her not to fall under the spell of a man who will soon be shipping out.

Alice tries to resist. And a few awkward moments and misunderstandings tempt her to abandon Joe. But neither one can deny a strong connection and many things in common. Despite differing plans for their futures, the pair finds themselves in love. Soon, an accidental separation leaves them both desperate to find the other. Unfortunately, they haven’t even exchanged last names, so their odds of finding each other before Joe leaves the city are very low. By chance, they meet again and are so overjoyed and relieved that they decide to marry. But they have less than 24 hours to complete all the necessary steps so that a judge can marry them. And as Shakespeare wrote, “the course of true love never did run smooth.” 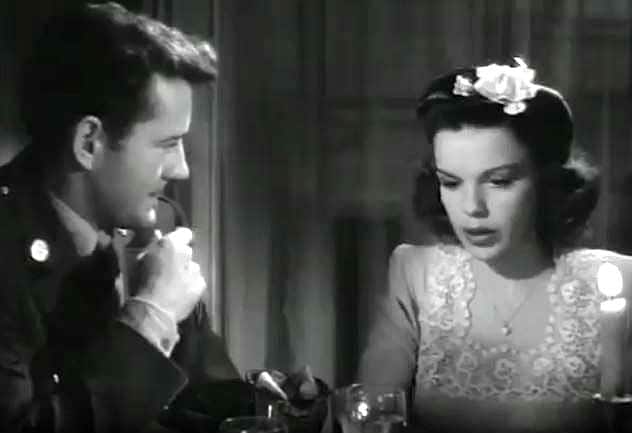 The Clock is a  sweet little romantic drama I fell in love with at first watch. There’s no specific plot or great obstacle to overcome, no villain that must be punished. It’s a simple love story which follows two strangers from first glance to their last goodbye as something much more. Joe and Alice are both simple, kind and caring people who are lucky enough to meet and recognize in each other a soul mate.

RELATED: The Wizard of Oz: A Magical Musical Adventure

Judy Garland gives a beautifully understated performance as a simple working girl whose life is unexpectedly transformed when she meets a stranger. Dressed in simple, but classic clothing, and radiating peace and contentment throughout her courtship, she has rarely looked more innocently pretty.

Robert Walker skillfully portrays Joe’s awkward loneliness and desire for a real connection. From his fidgeting to his changing posture, it’s clear that Joe is out of his element until he meets Alice. As they spend time together he becomes more at ease and grows in confidence.

With a title like The Clock, it’s no surprise that clocks make appearances in various scenes of the movie, though never in an obvious way.  Other than when Alice agrees to meet Joe for their dinner date beneath the clock at the Astor Hotel, they are never referenced. Of more importance is the title’s allusion to the passing of time. Joe and Alice have a finite and limited amount of it together from the time they meet until they must part. As they grow to love each other, every minute becomes more precious and valuable. 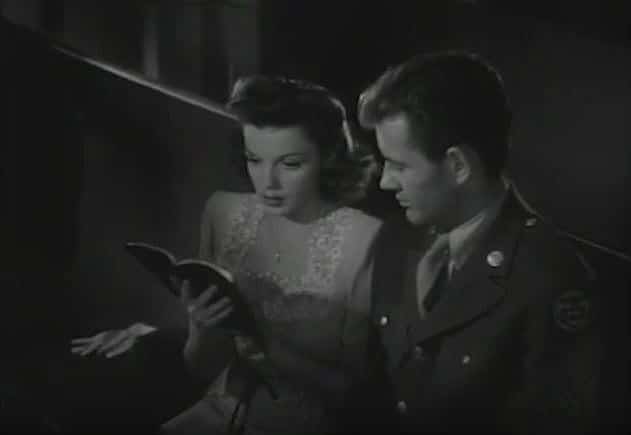 Though The Clock is a romantic drama, that does not mean it is without its humorous moments. Many of these come in the form of milkman Al Henry. Another chance encounter has Joe and Alice helping Al deliver milk overnight before he takes them home to his wife for breakfast the next morning. Al is played by character actor James Gleason and his real-life wife also plays his film wife. This couple’s good-natured teasing is the result of a long, successful marriage which acts as a model not only for Joe and Alice but also for the viewer.

The Clock is not just a romance, but a tender love story.  Despite the brief time Joe and Alice know each other, they recognize pretty quickly how right they are for each other. It’s not quite love at first sight, but it’s close. But it isn’t until they talk and listen to each other, that love develops. It is love, not the euphoria of romance which gives them the desire to marry. Though their time together is brief, one can believe that their love story won’t be.

I can state with certainty that The Clock is my favorite Judy Garland movie, even though she never sings or dances once. Instead, sweet and subtle performances by both stars make this film a pleasure to watch. The Clock’s simple storytelling method makes this romance credible and touching and one I highly recommend.

Where to Watch: Stream on FilmStruck, Rent or Buy from Amazon, Google Play or YouTube.

Have you seen The Clock? What are your thoughts on this classic romance? Let me know in the comments!

Our romance-themed entertainment site is on a mission to help you find the best period dramas, romance movies, TV shows, and books. Other topics include Jane Austen, Classic Hollywood, TV Couples, Fairy Tales, Romantic Living, Romanticism, and more. We’re damsels not in distress fighting for the all-new optimistic Romantic Revolution. Join us and subscribe. For more information, see our About, Old-Fashioned Romance 101, Modern Romanticism 101, and Romantic Living 101.
Pin this article to read later! And make sure to follow us on Pinterest.
By Brittaney B. on August 2nd, 2018