In 1939, two major movies were released that would go down in history as two of the most beloved movies of all time – Gone With the Wind and The Wizard of Oz.

I’ve always thought that this was fascinating because both films made good use of the new Technicolor technology. Gone With the Wind captures the scope and colors, while The Wizard of Oz uses color to make Oz look more magical (compared to Kansas). 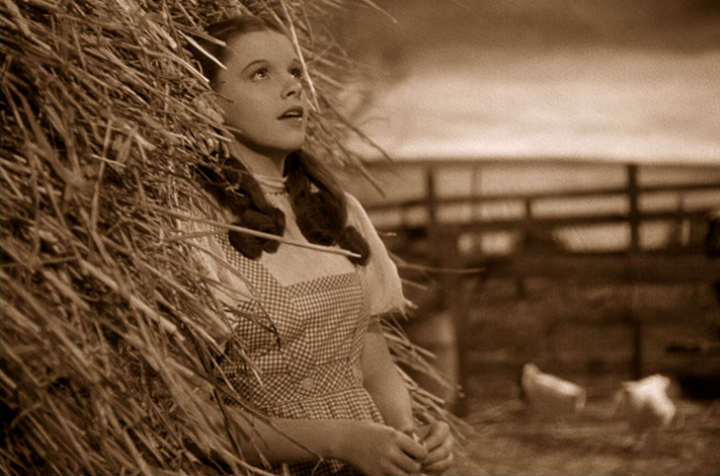 If you’re one of the few who haven’t seen The Wizard of Oz, I highly recommend it. The story starts in Kansas, where Dorothy Gale lives with her Auntie Em and Uncle Henry. Meanwhile, Dorothy tries to protect her beloved dog Toto from the mean Miss Gulch, and so they run away. However, meeting up with Professor Marvel, Dorothy realizes that running away will hurt her family. So, she heads home. Unfortunately, she and Toto arrive home just in time for a cyclone to sweep across the plains. While looking for her family, Dorothy is knocked out. She wakes up to find herself in the cyclone itself, along with Miss Gulch. 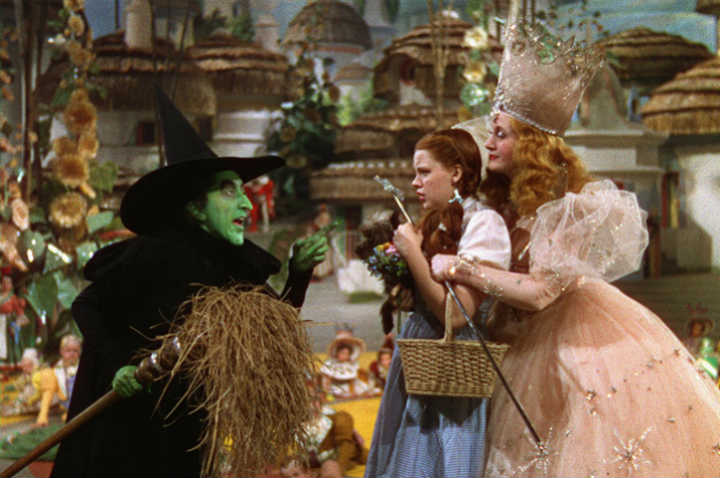 And then soon she finds herself in a different world where her house has crushed a witch. Dorothy learns she is in a magical land called Oz, and that the witch she crushed has a sister, the Wicked Witch of the West who is now out for revenge. Trying to get home from Oz and avoid the Witch, Dorothy begins a journey to the Emerald City to ask the Wizard of Oz for help. She and Toto meet many characters – Glinda the Good Witch, the Scarecrow, the Tin Man, and the Cowardly Lion.

Even though The Wizard of Oz was made in 1939, I think that the effects still look good. The costumes are gorgeous, and the use of miniatures and practical effects never ceases to amaze me. The characters who fly are connected on wires, and honestly, it’s hard to tell. There are some effects that might not have aged well to younger audiences, but to me, it still works. Do the flowers in Munchkinland look plastic? Yes, but it’s a magical land. I’ll give them that one. Some pieces are obviously puppets, but to me, that’s just impressive. When I was a kid, those trees were the scariest thing I had ever seen.

Also, it is crucial to mention that The Wizard of Oz is a musical. The background music is beautiful. The musical numbers themselves are widely known. From “Somewhere Over the Rainbow” to “We’re Off to See the Wizard,” there is a song for every mood. They all help us get to know our characters while showing off the singing and dancing talents of the actors. If you haven’t seen the movie, you will probably at the least recognize the songs. 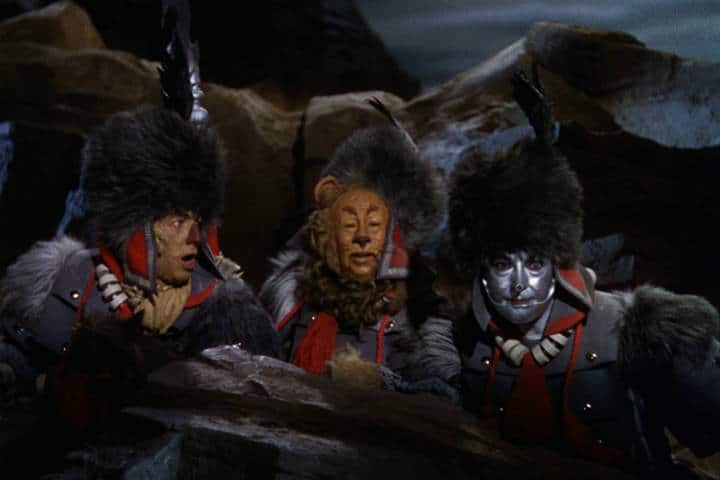 There are a couple of interesting bits of trivia from The Wizard of Oz. One is related to the Tin Man. Buddy Ebsen was originally cast to play the Tin Man. Unfortunately for Ebsen, he was seriously allergic to the makeup that was used on the Tin Man, an aluminum powder. When Jack Haley took the role, they switched to an aluminum paste, just in case. Secondly, Margaret Hamilton, who played the Wicked Witch of the West, caught on fire during on the scenes that involved fire. As a result, she was a little nervous about working with fire again. She was promised that she wouldn’t have to use fire again.

Our main characters are Dorothy Gale, the Scarecrow, the Tin Man, the Cowardly Lion, and the Wicked Witch of the West. The Wizard himself, played by Frank Morgan, pops in and out of the story. He plays a variety of characters but always stays in the background. Dorothy is played by Judy Garland. She plays Dorothy with the wide-eyed and innocent look of a girl who is just trying to get home. Dorothy is a reluctant hero who just keeps getting into situations where her caring personality makes a huge difference.

Her three friends are played by the same men who play the farmhands back in Kansas, Ray Bolger, Bert Lahr, and Jack Haley. This gives the film a smaller list of characters but also helps audiences wonder if the entire thing was just a dream. Each of the three men plays their characters beautifully. While they each have one major defining characteristic, they are not one-dimensional characters. There is more to each of these characters than meets the eye. 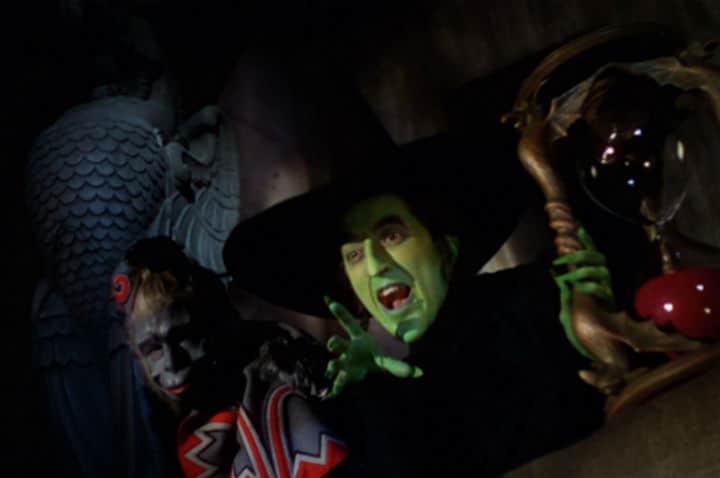 Finally, Margaret Hamilton. As the Wicked Witch of the West, she gave generations of children nightmares. Ironically, she was a wonderfully kind lady. Later, she would go on the television show Mister Roger’s Neighborhood to explain to kids that she was not actually a wicked witch. Hamilton is well-known for this role, and with good reason. She’s genius. She’s scary, menacing, and jaded, providing a perfect foil for Dorothy’s wide-eyed innocence.

The Wizard of Oz is based on the series of books by L. Frank Baum. The series is a little darker in some places than the film. However, as a fan of the book and the film, I think that the movie managed to capture the whimsy and heart of the original story. With the musical numbers, an amazing score, and outstanding performances by all the actors, The Wizard of Oz is a classic.

It’s a film that people still love today, and for good reason. The songs are amazing. There are many beautiful lessons to remember. If you haven’t seen The Wizard of Oz recently, this holiday season might be the perfect time to dust off this masterpiece.

Where to Watch: The Wizard of Oz is available to rent and/or buy on Amazon Video, VUDU, iTunes, Google Play, Youtube, and DVD.

Have you seen The Wizard of Oz recently? What is your favorite part of the film? Let me know in the comments!

Our romance-themed entertainment site is on a mission to help you find the best period dramas, romance movies, TV shows, and books. Other topics include Jane Austen, Classic Hollywood, TV Couples, Fairy Tales, Romantic Living, Romanticism, and more. We’re damsels not in distress fighting for the all-new optimistic Romantic Revolution. Join us and subscribe. For more information, see our About, Old-Fashioned Romance 101, Modern Romanticism 101, and Romantic Living 101.
By Bailey Cavender on December 28th, 2017

2 thoughts on “The Wizard of Oz: A Magical Musical Adventure”