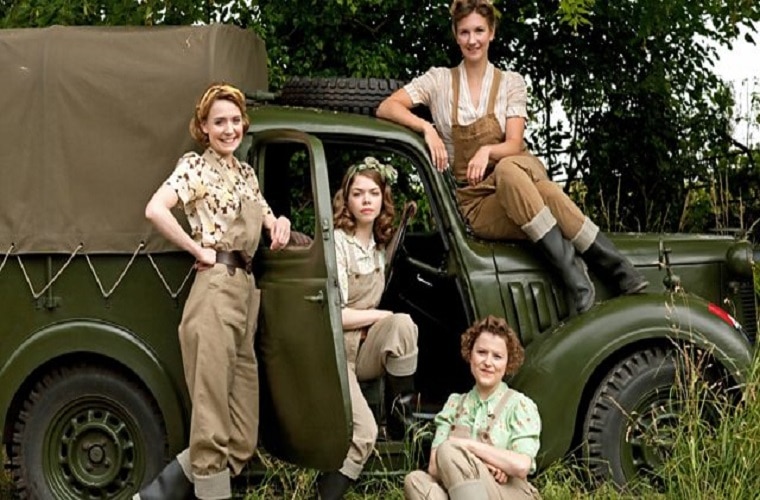 Land Girls is a BBC WW2 series which focuses on a less well-known but utterly crucial part of the war effort; farming. Food production and the prevention of food waste was a huge part of the fight on the home front in 1940’s war-torn Britain. With most of the young men enlisted, it was up to women all over the country to step in to prevent Britain from starving. Land Girls follows the struggles of a group of these women.

Our narrative begins with Nancy and Joyce, newly arrived from London and Coventry respectively. Joyce is ready to work and make do. Nancy is decidedly less enthused by the prospect of country living. They soon meet Annie and Bea, a pair of sisters for whom being called up is a Godsend, giving them the chance to escape a dangerous father. These four girls, with very different backgrounds, share living quarters on the Hoxley estate. In between copious amounts of hard work, the women experience love, loss, friendship, scandal, betrayal and much more in the beautiful English Countryside. Land Girls is a different kind of war narrative with a focus on lighter, less combat-focused stories. There seems to have been a growing interest in women’s stories from WW2 in recent years. Similar series such as Bomb Girls and Home Fires present a view of the war far removed from, and yet still very much affected by the fighting.  Since WW2 stories frequently focus on it’s more brutal aspects, it was refreshing to see an aspect of the war that wasn’t all about death and misery. After all, people back home were still living their lives as best they could and Land Girls shows this well. Land Girls is formed of three short series but the BBC manages to provide much value in that time. The women are all very sympathetic and the characters well acted. While I was not familiar with the main four actresses, there are several familiar faces such as Nathaniel Parker, Sophie Ward, and Mark Fenton. 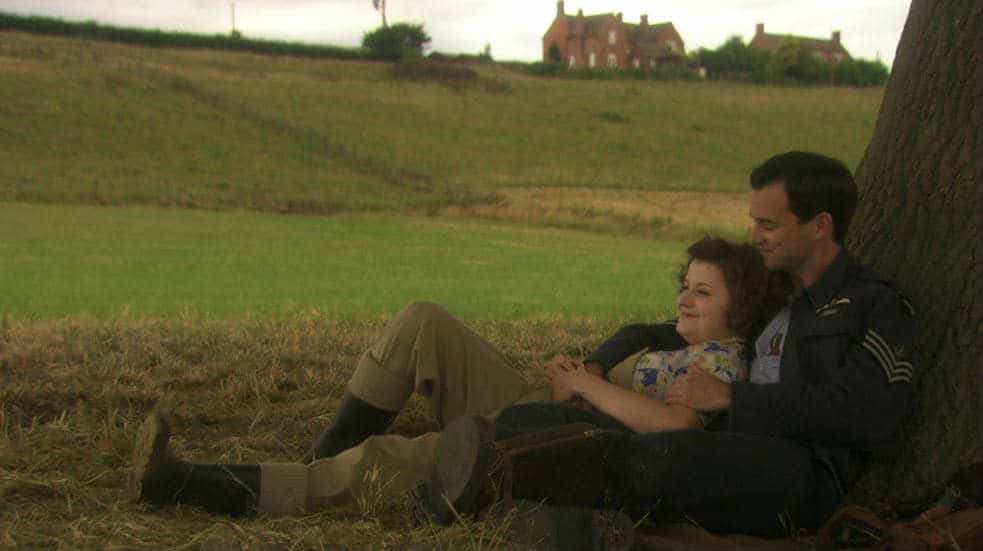 One area where Land Girls certainly excels is in its beauty. The farm on which the girls work is idyllic and the costumes really help to make history come to life. There is also plenty of romance in Land Girls. Whether you prefer sweet, forbidden or sad, there is a wide variety of love stories that Land Girls offers viewers.

All in all, an enjoyable series that should definitely appeal to those who prefer women- focused historical fiction and war stories that are cheerful rather than violent. A great pick for Call The Midwife fans.

Our romance-themed entertainment site is on a mission to help you find the best period dramas, romance movies, TV shows, and books. Other topics include Jane Austen, Classic Hollywood, TV Couples, Fairy Tales, Romantic Living, Romanticism, and more. We’re damsels not in distress fighting for the all-new optimistic Romantic Revolution. Join us and subscribe. For more information, see our About, Old-Fashioned Romance 101, Modern Romanticism 101, and Romantic Living 101.
Pin this article to read later! And make sure to follow us on Pinterest.
By Elinor Cackett on January 28th, 2017