The popular world of online streaming originals continues with the latest Netflix romantic comedy, Sierra Burgess is a Loser. Sometimes, I walk into a movie not knowing a great deal about it, and this was one of them. But, I’m glad I found it and now you can too!

Who IS Sierra Burgess (Shannon Purser)? This is a question the high school senior receives one time too many as she works on college preparations. Bright and studious, Sierra is the girl all the cool kids at school make fun of. She’s not the prettiest. She’s not a cheerleader, and she certainly hasn’t ever had a boyfriend. Her best friend (RJ Cyler) is the only person she lets in. Then, everything changes when a boy begins to text her. Sierra is confused until she realizes the girl he thinks he’s texting is actually the most popular girl in Sierra’s school, Veronica (Kristine Froseth).

As she gets to know Jamey (Noah Centineo), Sierra falls a little deeper in love until things move past just texts. This forces Sierra to confess to Veronica and beg for her help. What begins as a quid pro quo turns into an unexpected new journey to friendship. 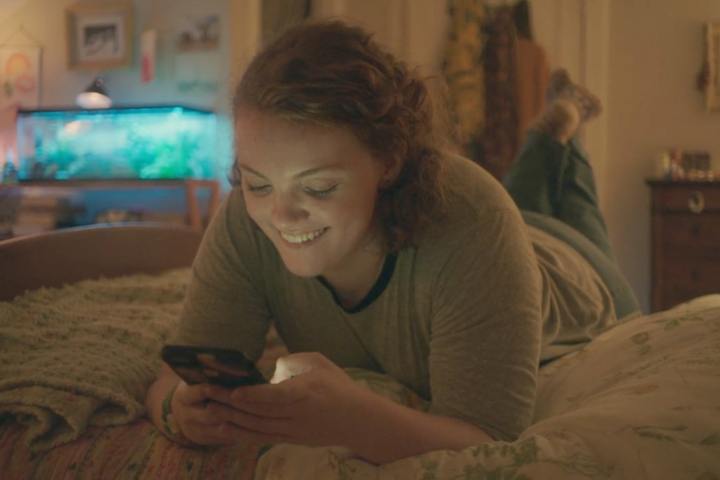 Right up front, I’ll admit, this isn’t my favorite of Netflix’s movies. It’s not bad by any means, but it’s missing some kind of “sparkle.” This said, when it’s good, it’s really good. The acting may not always be up to par, but I think some of this is due to the story which doesn’t always run smooth. Like I say, what works does its job, and that’s to entertain.

There’s a lot I admire about this script, one thing being that it omits the common mean-girl-revenge plot. Instead, this trope flips and reverses. It’s actually something that works well for this story and these characters. What it does do is cause the viewer to be disappointed in the titular character, but the values of truth and the lesson therein is what’s most important. There’s a lot of other powerful things about the script such as Sierra’s voice. She isn’t the wilting flower most fictional kids like her tend to be.

Whether it’s the montages between Veronica and Sierra or the darling first kiss scene, this film has some really memorable moments. The cast has a nice repertoire, plus it’s way too much fun to see Noah Centineo in something so soon after his role as Peter from To All the Boys I’ve Loved Before.

It’s a story about friendship, and there’s romance (of the most adorable kind). It’s also about finding your voice and realizing life might not treat you well, but you’ll be okay. There are some tough truths for these character’s, and because of this, the viewer relates (in some way) to them and their journey. This is what makes Sierra Burgess is a Loser a joy to watch.

Where to watch: You can stream Sierra Burgess is a Loser on Netflix

Content Note: There is some teen partying (minor), and non-graphic innuendo. There may also be some commonplace profanity. The film is rated TV-14.

Our romance-themed entertainment site is on a mission to help you find the best period dramas, romance movies, TV shows, and books. Other topics include Jane Austen, Classic Hollywood, TV Couples, Fairy Tales, Romantic Living, Romanticism, and more. We’re damsels not in distress fighting for the all-new optimistic Romantic Revolution. Join us and subscribe. For more information, see our About, Old-Fashioned Romance 101, Modern Romanticism 101, and Romantic Living 101.
Pin this article to read later! And make sure to follow us on Pinterest.
By Rissi JC on October 4th, 2018