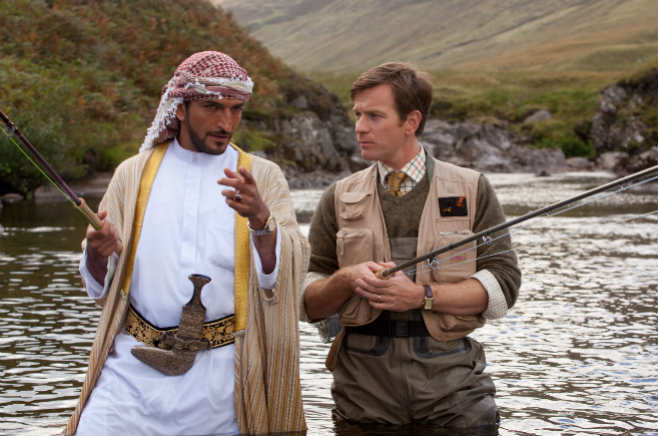 Salmon Fishing in the Yemen Review

In recent years, I’ve tended more towards films that, five years ago, I might never have thought interesting. Odd as venturing into this unknown cinematic territory is (for me),  I’ve found some real gems including Salmon Fishing in the Yemen. Back when it was new in 2011, I suspect I did give it a passing glance, but it wasn’t until the last three months that I decided to give this romantic comedy a fair chance.

The story begins with Harriet Chetwode-Talbot (played by Blunt) writing a formal email request to Britain’s foremost fisheries expert. You see, she represents a wealthy and powerful Sheikh named Muhammed (Amr Waked). As a visionary fly fisherman, the Sheikh wants to bring salmon fish to his desert home country. With unlimited resources, as his representative, Harriet is the person to see this happen. Only trouble is, the leading fisheries expert, Dr. Alfred Jones (Ewan McGregor) finds the notion preposterous… until he actually speaks with the Sheikh and sees all of the preparations the man has made. 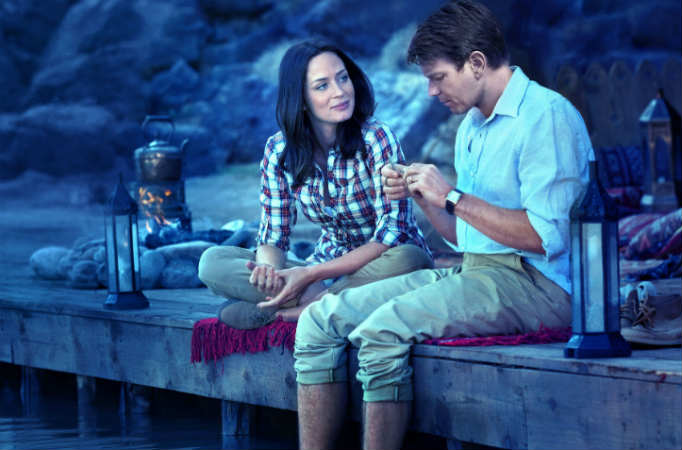 When the British prime minister’s office learns of the undertaking, they find in it a prime “feel good” journalism story, which inspires the press secretary, Patricia Maxwell (Kristin Scott Thomas) to insert the media and inspire the project by offering the government’s help. With snags and conflict along the way, Fred and Harriet soon realize that making things happen brings unexpected change – in themselves and by realizing the most impossible of dreams.

Describing Salmon Fishing in the Yemen as anything other than “offbeat” or colorful won’t suit it, yet much to my surprise, there is an established kind of story quality that I didn’t anticipate. For example, despite his idiosyncrasies (of which there are a few), Ewan’s Fred is more normal in a universal well-liked kind of way than I expected of him. When first I met him and as I learned more of the relationship he has with his wife (played by British actress Rachel Stirling), his character didn’t jump out as being a favorite. Yet as the film progressed I was proven wrong. Happily so, I might add. He was actually one of the most compassionate, interesting leading men I’ve met in recent (film) years. 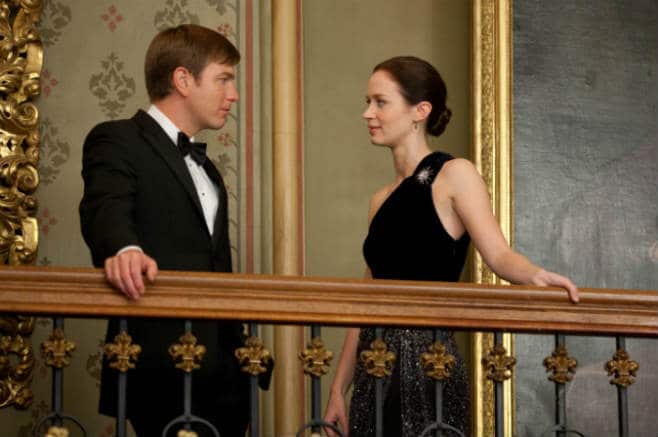 Emily Blunt’s Harriet also enjoys a deeper sense of character that’s lovely to watch. We feel deeply for the loss and mourning she experiences as events take place, and revel in the comforting way Fred is able to support her. The relationship between them is beautifully romantic but never does it become tawdry. Instead, it’s a kind of old-fashioned sense of romanticism that’s sweet. Though there is a strong romantic presence (another unexpected pleasure), the romance isn’t pushed as being the primary story.

Based on a novel by Paul Torday (of the same title), the script tells a story of taking a possible idea (in theory) and having to fight for the impossible because sometimes a dream is more than a dream. Sometimes it’s a means of healing. Sometimes it’s a way to reconnect and find oneself. It reminds us, no matter what we dream of, sometimes hard work and a little bit of ingenuity, those visions can be realized. Again, while this might not be a film I revisit with great frequency, I did find it pleasant, charming and romantic. With the talents of Lasse Hallström (Chocolat, Casanova) steering this in the director’s chair, there are plenty of laughs (the script is teeming with great wit), and the cast list alone will be temptation enough for some aficionados.

Have you seen Salmon Fishing in the Yemen? If so, what impressions were you left with: did you like or dislike it? Feel free to share your thoughts down below.

Visit our film archives to discover what else we’ve seen and reviewed.

Our romance-themed entertainment site is on a mission to help you find the best period dramas, romance movies, TV shows, and books. Other topics include Jane Austen, Classic Hollywood, TV Couples, Fairy Tales, Romantic Living, Romanticism, and more. We’re damsels not in distress fighting for the all-new optimistic Romantic Revolution. Join us and subscribe. For more information, see our About, Old-Fashioned Romance 101, Modern Romanticism 101, and Romantic Living 101.
Pin this article to read later! And make sure to follow us on Pinterest.
By Rissi JC on February 7th, 2016