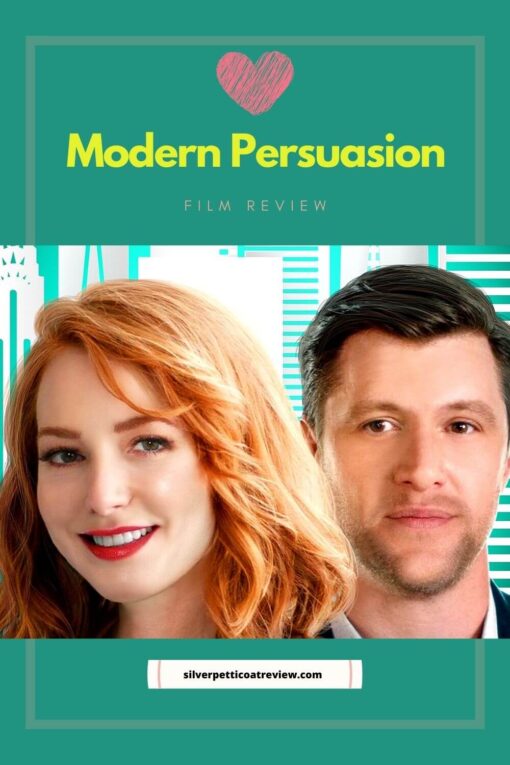 A modern telling of Jane Austen’s “Persuasion.” Wren Cosgrove is a happy, single, and self-confessed workaholic who, after rising to the top of the corporate ladder, finds herself coming home every night to her cat.

When her firm is hired by Owen Jasper, “the man who got away,” long-lost feelings are stirred, giving Wren a second chance at true love.

Despite poor ratings and reviews, I wanted to like this recent retelling of Persuasion. Unfortunately, not all stories fare well in the modern-day.

That being said, Modern Persuasion isn’t all bad. Alicia Witt works well as a likable rom-com lead. Bebe Neuwirth also excels as the Aunt who ‘persuaded’ Wren not to give up her career for a man, hence why Wren initially lost the love of her life.

RELATED: The Secret Garden (2020) Review: A Beautiful But Imperfect Adaptation

But he’s back, and just like in the original Persuasion, she has a second chance at love! Oh, and did I mention Wren’s adorable cat named Wentworth?

If anything, I was surprised how closely this modernization follows the main plot points of the book. Even the depressed poet plays a considerable part.

Nevertheless, the screenplay fails to capture the heart of Jane Austen even if it’s ‘mostly’ pleasant to watch. Instead, the film focuses on ‘cleverly’ transforming the story into a contemporary mess.

RELATED: Persuasion (2022): Everything We Know About the New Netflix Romance

Indeed, the film is so ‘modern’ that all the secondary characters are abysmal. I scratched my head in wonder that Wren would purposely associate with such immature, unlikeable, and shallow coworkers.

Honestly, I don’t see many of the Austen fanbase appreciating the modernism. It was just so over the top. Still, Alicia Witt’s outfits are gorgeous! So, props for utilizing a low budget well.

As for the romance, it’s fine. However, Shane McRae fails to embody the essence of Jane Austen’s Wentworth. Rather, Owen is bland from start to finish, never capturing that special something you need in a romantic leading man. Nor do the two actors have much chemistry.

While I am perhaps overly harsh, I still think Modern Persuasion is worth watching if you like checking out all Jane Austen adaptations. Watch when you’re in the mood for fluff escapism.

Have you watched Modern Persuasion? What did you think of this contemporary take on Jane Austen’s novel? Leave a comment below!

3 thoughts on “Modern Persuasion: This is a Pleasant if Disappointing Adaptation”