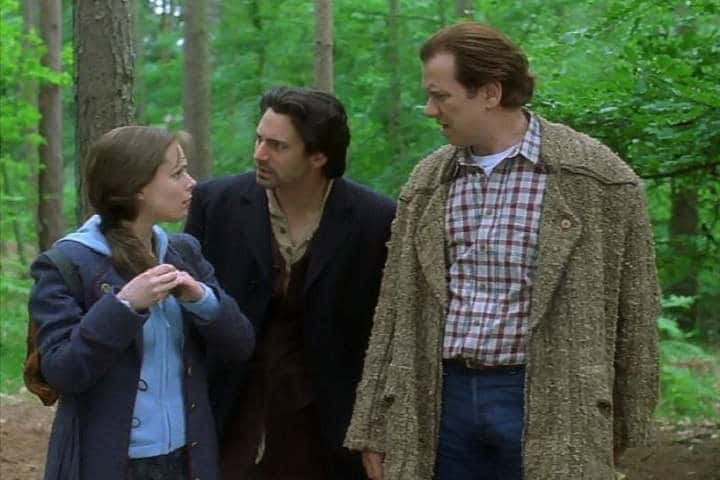 If you’re familiar with Science Fiction or Fantasy, then you will likely have come across some variation of this portal trope. A long-time staple of both genres; it’s the kind of story that involves someone from our world, often ordinary, travelling to another world. Whether similar or drastically different our hero will likely spend much of their time trying to find a way home, usually befriending various locals and having numerous adventures along the way. Here’s a quick list of television recommendations that make good use of the other world portal trope. 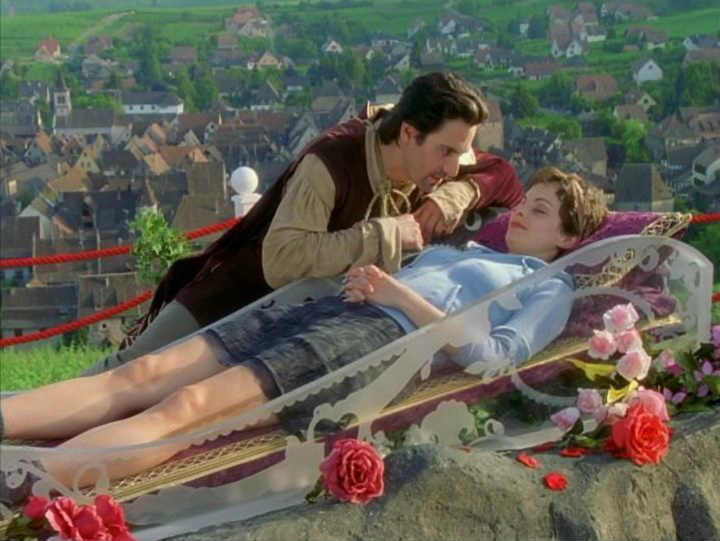 Virginia Lewis lives on the edge of central park, works as a waitress and lives with her father.  She’s completely given up on anything exciting ever happening to her.  That is until a mysterious dog knocks her off her bike one night.  A dog who is soon followed by a trio of stupid trolls and a man who claims to be half-wolf. Virginia’s ordinary life is about to get a lot more magical.

A glorious and hammy fairy-tale mash up of epic proportions. 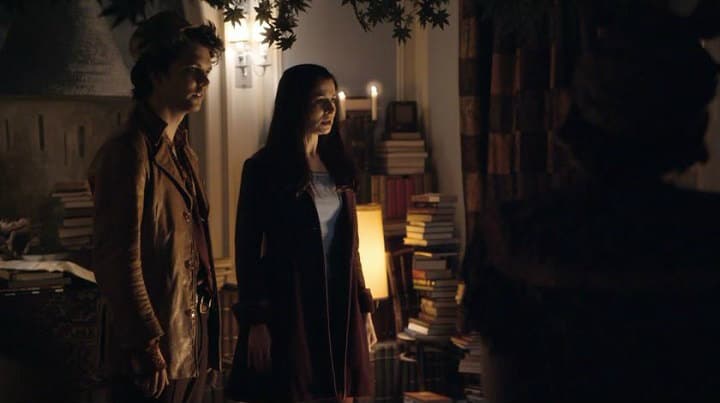 Martial arts instructor Alice leads an unremarkable life (barring the disappearance of her father many years beforehand) with a promising new boyfriend, Jack.  However, after a family dinner goes wrong she finds herself chasing after Jack to apologise only to witness him being forced into a white van by a pair of mysterious men.  She follows them to an empty warehouse and ends up falling through a giant mirror/portal into a bizarre world that is nothing like home.

An unusual Sci-fi take on Alice in Wonderland.

Where To Watch: DVD 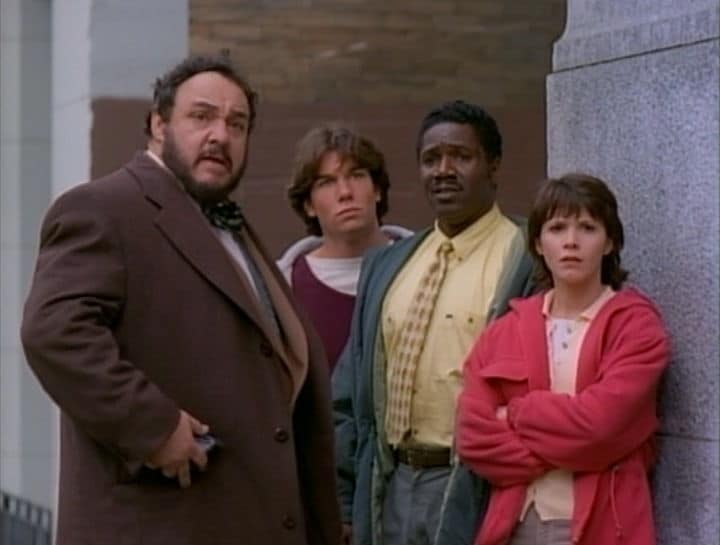 Quinn Mallory is a brilliant physics student who spends his free time working on a personal science project.  In the pilot, Quinn manages to invent a device which allows him to travel to parallel universes for a short amount of time.  However, through a series of mishaps Quinn gets himself and three others lost in another world with a broken timer.  He manages to get it to work but no longer has any control over the jumps.  The four travelers must keep sliding between infinite worlds hoping to someday get back home.

Sliders presents some truly thought-provoking alternate societies. However, the quality of this series rapidly declined after season two so I’d advise only watching up until that point. 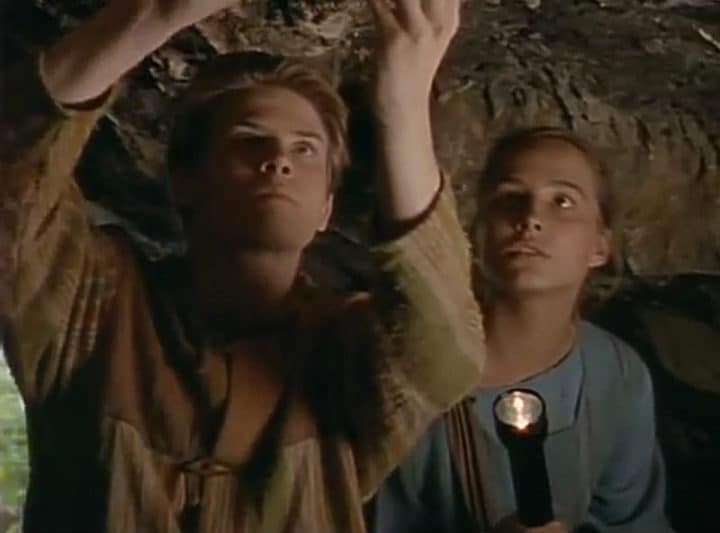 On a school trip to view an eclipse, Paul happens to be in the wrong place at the wrong time and gets sucked through a tear in reality.  He finds himself in the land of the Spellbinders where technology is illegal and people believe in magic.

Spellbinders is a Polish-Australian television series aimed at children and young teens.  An original and interesting sci-fi show.  It’s sequel Spellbinder: Land of the Dragon Lord is also worth checking out. 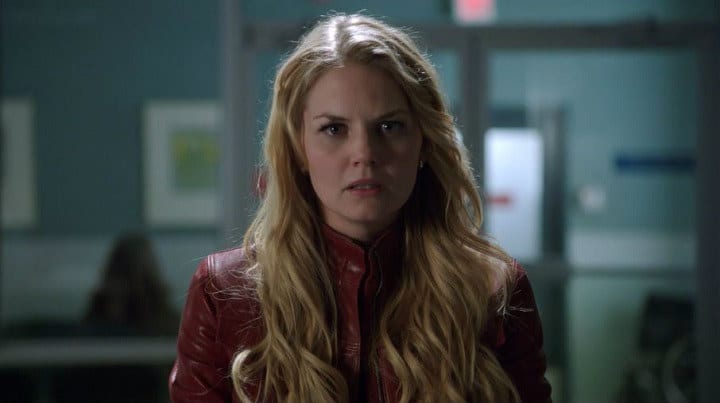 Emma Swan is a cynical bounty hunter who is surprised on her birthday by a visit from the son she gave up at birth ten years previously.  He needs her help, claiming to be from a town filled with fairy-tale characters who are under a curse. She doesn’t believe him but agrees to take him back to his adoptive mother, the Mayor of Storybrooke.  Once there, Emma decides to stay for a while and soon realizes that there is definitely something not quite right about this town.

While the portal jumping does not happen very often at first, the plot spans multiple story worlds aside our own. This show also spawned a spin off, Once Upon A Time In Wonderland which takes place in the show’s version of Alice in Wonderland.

Where To Watch: Amazon Video, UK Netflix, Hulu, and DVD.

RELATED POST –Highlighting Folk and Fairy Tales on TV: Once Upon a Time… 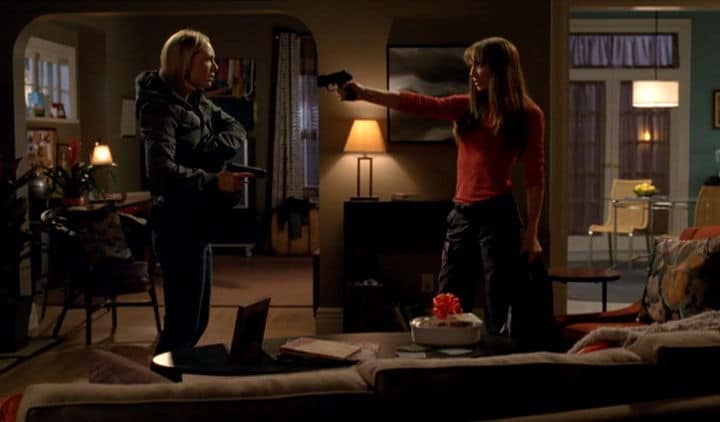 FBI Agent Olivia Dunham is called in on an assumed terrorist attack which soon appears to be something much more mysterious. The only man who has experienced something similar is confined to a mental institution. Her only way to access him is to find his estranged son, Peter. Together this mismatched trio forms the FBI’s Fringe Division and begin investigating unexplained happenings in across the US.

Similar in many ways to The X files, Fringe specialized in supernatural phenomena. However, much of seasons 2 – 4 dealt with a similar parallel universe to ours where the twin towers still exist, the statue of liberty is bronze and blimps are still used as a mode of transport. A fascinating series. 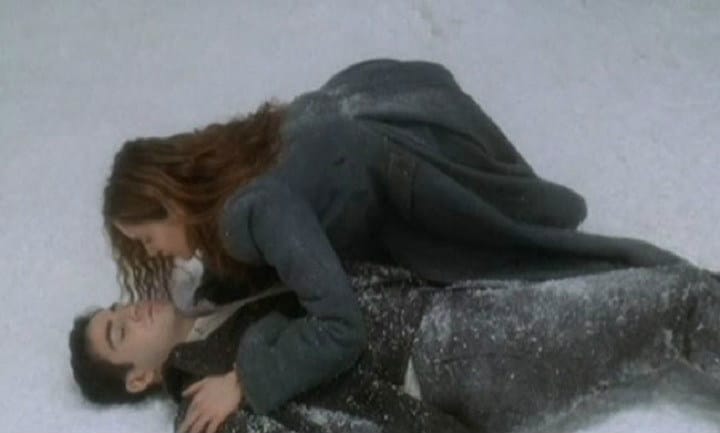 Gerda lost her mother to winter at an early age, causing her father to lose all his joy. Years later, Gerda grows into a beautiful and serious young woman. Her father takes on a new bellboy, Kai, who immediately takes an interest in Gerda. She gradually warms to him and begins to let him into her heart. However, their lives are disrupted by a strange woman with a heart of ice. She casts a spell on Kai, turning him cold and emotionless then runs off with him into a snowstorm. Gerda must travel through four strange lands to find and rescue him.

A fun and interesting take of the Hans Christian Anderson fairy-tale. 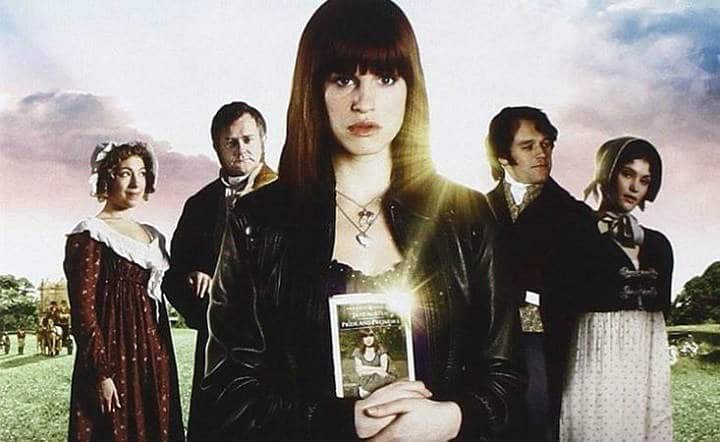 Amanda Price likes to escape into her favorite book every chance she gets, Jane Austen’s Pride and Prejudice. Things take a turn for the strange when she investigates a noise in her bathroom and discovers Elizabeth Bennett standing in her bathtub, claiming to have stepped through a magical door. While entirely convinced that she has gone insane, Amanda can’t resist a peek and promptly finds herself trapped.

A funny and fascinating mini-series for anyone who’s ever dreamed of escaping into a fictional world.

Where To Watch: Hulu, Amazon Video, UK Netflix and DVD 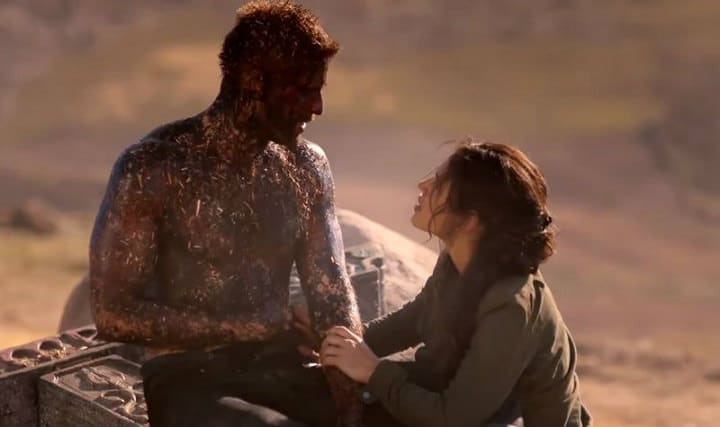 Dorothy locks herself in a police car during an altercation with a mysterious man, moments before a tornado hits. She is transported to an unfamiliar land and accidentally kills a witch in the process. She is told by the strange tribal people who find her to seek out the Wizard as he is the only one who can help her get back home.

A darker, modern retelling of The Wizard of Oz. For a lighter take on a similar premise try SyFy’s, Tin Man.

Where To Watch: Hulu and Amazon Video 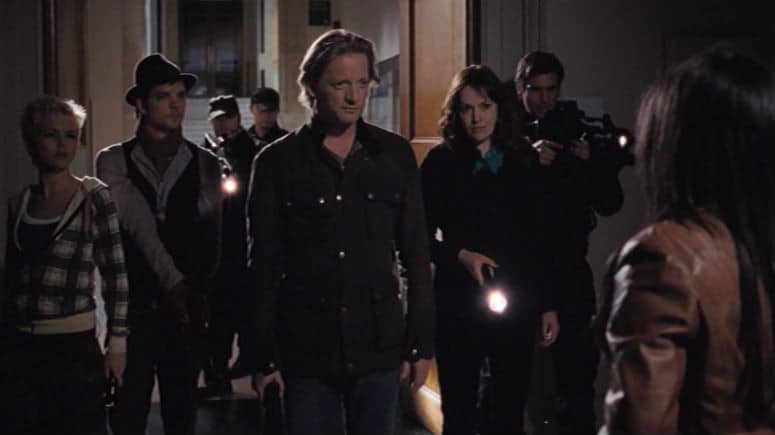 Inexplicable creature attacks are taking place all over Britain. Nick Cutter and his ragtag team of experts must work to contain the anomalies and the dangerous creatures that manage to make it through into our world.

Technically more of a time travel series but alternate timelines are used and the past versions of earth visited are so alien, they may as well be other worlds.  A tremendously endearing series with great characters.

Content Note: TV-14 for violence (animal attacks) and some profanity.

Have any favorite portal or other world adventures? Any recommendations?

Our romance-themed entertainment site is on a mission to help you find the best period dramas, romance movies, TV shows, and books. Other topics include Jane Austen, Classic Hollywood, TV Couples, Fairy Tales, Romantic Living, Romanticism, and more. We’re damsels not in distress fighting for the all-new optimistic Romantic Revolution. Join us and subscribe. For more information, see our About, Old-Fashioned Romance 101, Modern Romanticism 101, and Romantic Living 101.
Pin this article to read later! And make sure to follow us on Pinterest.
By Elinor Cackett on August 15th, 2017