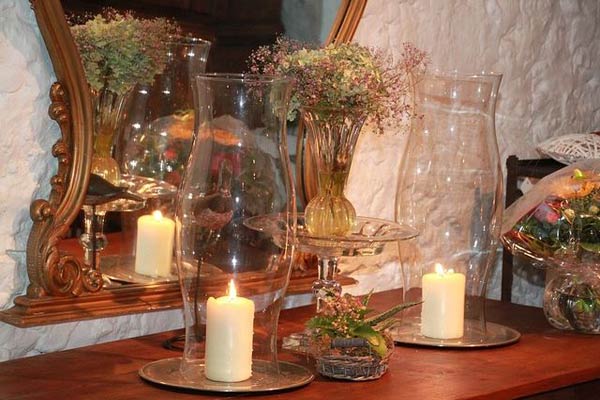 “All mirrors are magic mirrors,” says George MacDonald in his classic fantasy, Phantastes.  I have to agree with him.  As a small child, I spent hours with my head inside the three-way mirror on my mother’s dressing-table, watching endless repetitions of myself disappear down glass corridors.  However, some mirrors are more magical than others.  Here are some you will know well, and some which perhaps are still waiting to be explored…

#1: The Evil Queen’s Mirror from Snow White (traditional, retold by The Brothers Grimm and others)

Probably the first magic mirror any of us remember.  Mirror, mirror on the wall, who is the fairest of them all?  Actually, any ordinary mirror could tell you that you’re not as young as you used to be and that your step-daughter is pretty.  It doesn’t have to be magic to do that.  But that’s not the point, is it?  The mirror speaks the truth that the Queen refuses to accept.  And often in an actual voice.  Who could forget the resonant voice of the mirror in Disney’s version?  (Still a terrifying film, in my opinion!)  And I like how Once Upon a Time made the mirror an actual person (aka Sidney Glass) whose unrequited love for the Queen (Regina) drives him to imprison himself in the mirror.  (A touch of Echo and Narcissus there, I think!  More on them later).

#2: The Beast’s Mirror from Beauty and the Beast (traditional, retold by Madame Le Prince de Beaumont and others)

Not all versions of Beauty and the Beast have a magic mirror, but I always liked it.  In the Ladybird version I had as a child, it had the rhyme: Little Beauty, dry your eyes; Needless are these tears and sighs; Gazing in this looking-glass; What you wish shall come to pass.  When the mirror does appear, it usually has the function to show whatever Beauty wishes it to show, or to show her family.  In the 2014 La Belle et la Bete, director Christophe Gans plays on the idea of mirrors and dreams, by having Beauty visit a magic mirror nightly in her dreams.  On the other side of the mirror is a reflection of the castle as it was before the Beast was cursed, gradually revealing his true history.

Again the mirror leads a young girl into a dream world.  This time it is Alice, on her second adventure following Wonderland.  She decides to climb up the mantelpiece and into “Looking-glass House,” the house reflected in the mirror, which always looks so much more magical than the real house.  (Why is that, anyway?  This is actually what George MacDonald is talking about when he says all mirrors are magic mirrors).  Of course, this being Lewis Carroll, the other side of the mirror is not only full of things in reverse but also inhabited by the weird and whacky, eg. Bread and Butterflies, Jabberwocks and Humpty Dumpty. 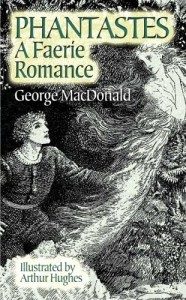 If you haven’t read this book by one of the fathers of fantasy, get a copy today!  It was a huge influence on CS Lewis, and contemporary with Alice and Wonderland and Through the Looking-Glass, sharing many themes and tropes with Alice but treating them completely differently.  In the middle of the book (actually in a book in the library of the Fairy Palace) is the story of Cosmo, a student who buys a mirror from an antique shop, only to find that it shows a beautiful woman, who appears nightly in the reflection of his room.  Does she exist in real life?  Can he free her from the mirror and finally be with her?  You’ll have to read the book to find out!  This is absolutely “mirror-as-dream,” and reminds me of those tales and myths in which a hero dreams of a beautiful woman and then sets out to find her.

#5: The Mirror of Matsuyama (traditional, retold by Yei Theodora Ozaki and others) 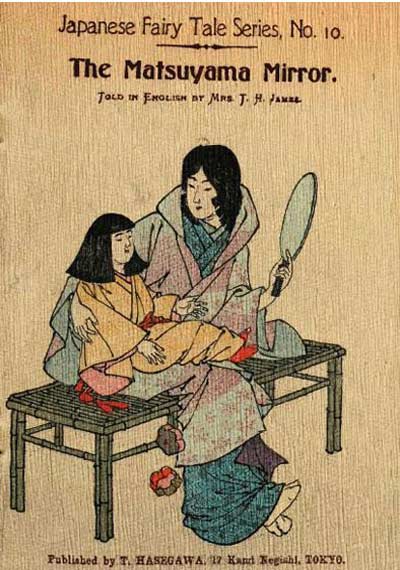 This is a Japanese tale about a mirror that isn’t actually magic but its owner thinks that it is.  It tells of a young girl whose dying mother bequeaths her a rare object, a mirror.  “Whenever you look in it,” the mother says, “you will always see me.”  As the girl grows up, she looks in the mirror and, because she resembles her mother, she thinks the dead mother is there with her.  But her step-mother becomes suspicious of what the daughter is doing secretly in her room.  Are you hearing echoes of Snow White here?  Interestingly, we are told in this story that: As the sword is the soul of a samurai, so is the mirror the soul of a woman, and that to keep your mirror clean is to keep your soul pure.

In Tennyson’s classic poem, the Lady of Shalott is cursed to stay in her tower, never looking out of the window directly but only viewing the outside world through a mirror, whose sights she weaves into an endless tapestry.  Only when Sir Lancelot appears in the mirror does she break the rules that have bound her, and we read the fateful words: Out flew the web and floated wide; The mirror crack’d from side to side; “The curse is come upon me!” cried The Lady of Shalott.

#7: Narcissus’ Pool from the Legend of Narcissus (traditional, retold in Metamorphoses by Ovid) 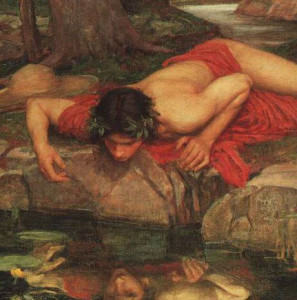 If The Mirror of Matsuyama shows good, healthy use of a mirror, then the tale of Narcissus from classical mythology shows the most unhealthy use of a mirror.  It’s after Narcissus that we get the word narcissism, after all.  If you thought the Evil Queen was obsessed, Narcissus goes all the way and falls in love with his own reflection in a pool.  He never moves and wastes away, eventually turning into the narcissus flower.  Meanwhile, poor Echo, who is in love with him, also wastes away until she becomes an actual echo.

#8: The Mirror of Galadriel from The Lord of the Rings by JRR Tolkien

Also made of water, the Mirror of Galadriel draws on the folkloric idea of the mirror as a tool for scrying or seeing visions.  (The “mirror-as-dream” again).  Invited by Galadriel, Frodo and Sam see visions of friends and foes, present and future.  But the most terrifying part (portrayed so brilliantly on film) is when a vision of the Eye appears, searching for Frodo.  The Ring that hung upon its chain about his neck grew heavy, heavier than a great stone, and his head was dragged downwards.  The Mirror seemed to be growing hot and curls of steam were rising from the water.  He was slipping forward…  When looking in a magic mirror, perhaps we forget to ask who might be looking back at us? 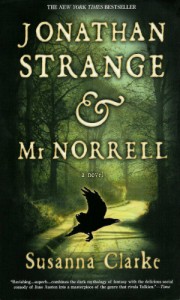 In this masterful fantasy, soon to come to the small screen, it turns out that all mirrors are magic mirrors.  What’s more, they are all connected.  All you need do is step through one to find yourself in a vast labyrinth of paths and bridges known as the King’s Roads (after the magician-king of Northern England, John Uskglass, who made them).  The trouble is, no one has travelled the roads for hundreds of years, or has the least idea where they lead or who else might be upon them.

Just to prove that magic mirrors can be evil as well as good, we have the demonic mirror from Hans Anderson’s fairy tale, which had this peculiarity, that everything good and beautiful that was reflected in it shrank… but that whatever was worthless or ugly became prominent.  To be honest, many people might feel ordinary mirrors do this too (especially first thing in the morning) but, as with Gerda and Kay, it’s a matter of perspective.  A speck of the evil mirror in Kay’s eye causes him to mock childhood’s innocent pleasures and to turn him cold and logical.  When Gerda eventually finds him in the Snow Queen’s castle, he is fruitlessly trying to put the pieces of the mirror together to make the word eternity, as if he is solving a puzzle.  It takes Gerda’s love to show him that eternal matters can’t be grasped by mere logic and reason.  We must never lose our childlike way of seeing the world.  Like me on my mother’s dressing-table.

Our romance-themed entertainment site is on a mission to help you find the best period dramas, romance movies, TV shows, and books. Other topics include Jane Austen, Classic Hollywood, TV Couples, Fairy Tales, Romantic Living, Romanticism, and more. We’re damsels not in distress fighting for the all-new optimistic Romantic Revolution. Join us and subscribe. For more information, see our About, Old-Fashioned Romance 101, Modern Romanticism 101, and Romantic Living 101.
Pin this article to read later! And make sure to follow us on Pinterest.
By Elizabeth Hopkinson on February 25th, 2015