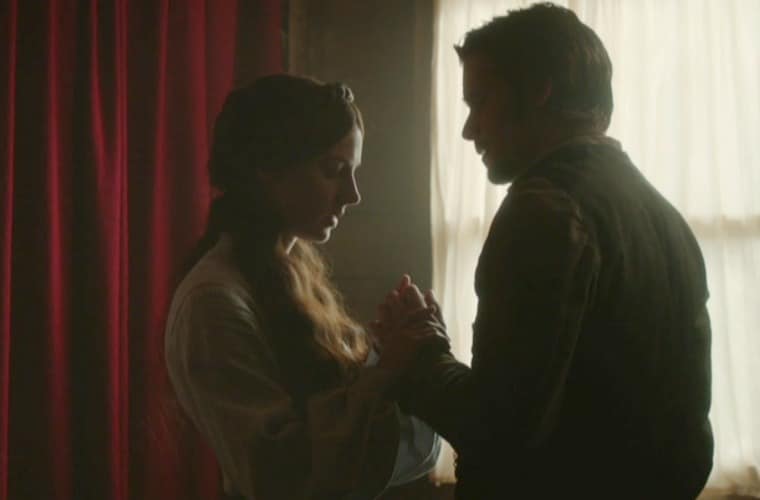 ITV’s drama, Jericho had something special in its DNA. What this is I cannot place, but it’s there.

Jericho introduces us to Annie Quaintain (Jessica Raine). A widow with two children – George and Martha, Annie is forced to uproot her children after her husband’s death. The only home they’ve known has been a good one. The children had proper schooling and a respectable life. But now Annie is forced to sell their household belongings to satisfy debts. This leaves them without friends or money. On the road to Jericho, the shantytown Annie hopes to find work in, they meet Johnny Jackson (Hans Matheson).

Johnny isn’t like the rest of the “navvys” working the quarry and building the railway line. He’s a gentleman and it shows which earns him the nickname “prince.” When Johnny becomes one of Annie’s first lodgers, a tragedy entwines their lives, forever changing them all.

The primary story is that of Johnny and Annie, but also a factor is the coinciding arrival of Mr. Coates (Clark Peters). An American railway man with years of experience, Mr. Coates is a complex character. For me, he’s one of those characters I love to detest. He’s a patient sort of person who bides his time, but you never completely trust. Hidden beneath that façade is a mysterious man with a painful past. It was his double-dealing and dishonesty that ultimately put him on my villain’s list. That said, he’s a good one who, because of his painstaking schemes, is more frightening than I’ anticipated. Of course, the rest of the characters make up for this. 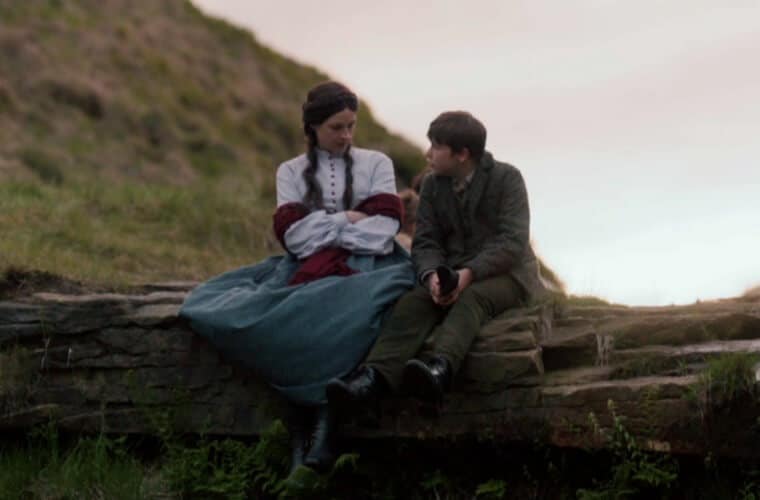 I grew to love (nearly) everyone in this community and the relationships it fosters. The importance of the relationship between George and his mother is compelling as is the romance between Annie and Johnny. Here is a romance I adore no matter the aspect (whether big or small) of their relationship. The chemistry between them might not be full of explosive scenes, but there is an unexplained “pull” I felt every time they share screen time. It was electric. I could go on, but I won’t. Also, an interesting formation was the Blackwood family. Jessica, who fans will recognize from Call the Midwife, leads a talented cast, all of whom play their roles to perfection.

As every British period drama is inclined towards superiority, this one is no exception to this rule. The setting differs from the more refined dramas we’re used to, but it’s no less beautiful even in its stark landscapes. A similar case can be made for the costuming, the sets and every piece of the puzzle that brings it together. The script impresses with exception to episode seven which stalls in its pursuit of solving a story thread; the impact is lessened as it circles the same information. Beyond this, I have nothing but admiration and praise for this series.

Unfortunately, this wasn’t renewed for a second series. This means that there are some things left unsatisfied by series end. One involves the fate of a character, and another the future of a romance. In my mind, I’ve written how the series ends, and it’s with a smile. I choose to believe the romance ends with this character revisiting her rejection (a character I won’t name because, spoilers). (If the emotion flickering across this character’s face is an indication, I see this as being the writer’s intentions.) It broke my heart a little bit not to see one romance resolved, but I understand the writer’s had hopes of a follow-up. 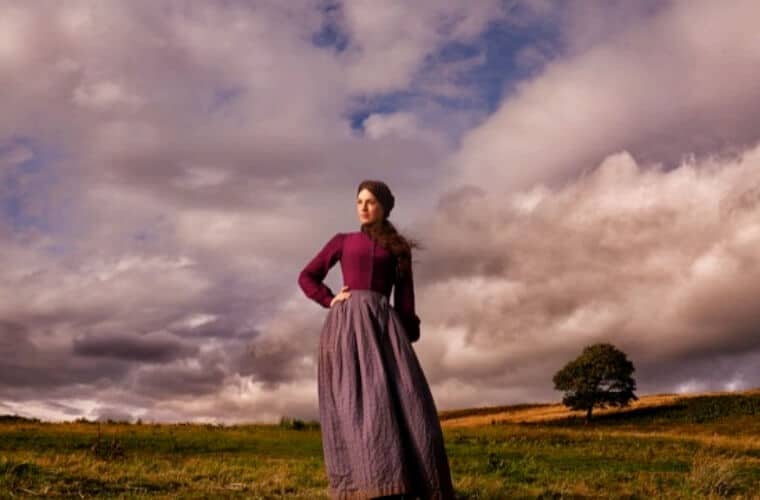 If you like period drama heavy on romance that combines elements of mystery and secrets (didn’t see some of these coming!), then Jericho is worth emotionally investing in. The end fulfills enough answers so as not to sway us to write if off before giving it a chance, and the superb reputation of ITV dramas is incentive alone.

You can stream Jericho on Acorn TV or purchase it now on US DVD via Acorn or Amazon.

Have you seen Jericho? Did you like the romance or the characters? What was your favorite story? Sound off below with your thoughts! I’d love to read them.

Content Note: There two implied sensual scenes (neither one goes beyond the unbuttoning of a shirt, and a scene showing them redress). Multiple scenes (non-graphic) take place in a brothel. There is some violence including a man’s throat being slit and explosions. The series is rated TV-14.

Our romance-themed entertainment site is on a mission to help you find the best period dramas, romance movies, TV shows, and books. Other topics include Jane Austen, Classic Hollywood, TV Couples, Fairy Tales, Romantic Living, Romanticism, and more. We’re damsels not in distress fighting for the all-new optimistic Romantic Revolution. Join us and subscribe. For more information, see our About, Old-Fashioned Romance 101, Modern Romanticism 101, and Romantic Living 101.
Pin this article to read later! And make sure to follow us on Pinterest.
By Rissi JC on October 4th, 2016