Though Hallmark has been celebrating this most wonderful time of year since Halloween, their Countdown to Christmas campaign continues with 15 additional 2017 premieres!

Between the two networks (Hallmark Channel and Hallmark Movies and Mysteries), there’s sure to be something for everyone. The former opts for the lighter, romantic-comedy stories. The latter looks for some deeper truths and occasionally gives us a mystery to puzzle together.

Below, we’ve collected those additional 15 new films spanning both networks, Hallmark Channel and Hallmark Movies and Mysteries. You’re going to spy many a familiar face, faces making their Hallmark Channel debut, book adaptations, and of course, plenty of mistletoe.

As of now, the films below are set to premiere in the range between December 2nd – December 30th. Keep an eye on your listings. Dates and titles do change. (We’ll update with any changes we catch.) 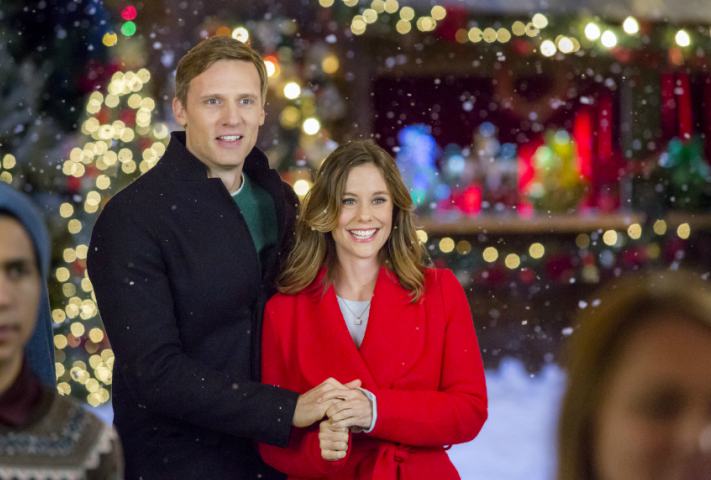 A serendipitous encounter with a stranger inspires a woman to make a snow globe wish that seems to come true! Fun fact: star Ashley Williams is Kimberley Williams-Paisley’s sister, who is also a familiar face on Hallmark.

Murder She Baked star Allison Sweeney stars in this heartwarming tale about a woman trying to protect her lodge. To complicate matters, the big-exec tasked with evaluating its worth arrives just prior to Christmas. Fresh off his stint on Rizzoli & Isles, Jordan Bridges co-stars. 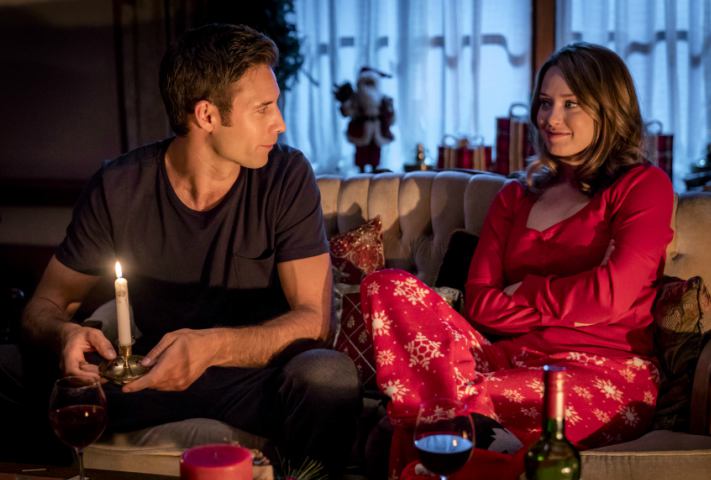 Merritt Patterson (from A Royal Winter) stars as Lacey, a career woman who’s given up on love. When her best friend marries, she earns the Maid of Honor title, and the task of readying the honeymoon cottage also falls to Lacey. A place that is rumored to gift a couple everlasting love. Familiar leading man Steve Lund co-stars.

This one tells the story of a real estate developer trying to buy a building for a profit, which is located in a prime real estate location. The problem is, one of the tenants (a handsome Christmas shop owner, protective of his family’s legacy) refuses to sell.

Jesse Metcalfe (Chesapeake Shores, Dallas) stars as a man left in charge of his niece and nephew over the holidays. At a loss, he turns to his Christmas-happy neighbor for help in making Christmas special.

A child who travels to see her dad on Christmas plays matchmaker between him, and a kind airline attendant who returns the package she left on the flight. Trivia fact: this one was formerly titled Christmas Shuttle.

Bridget Regan stars as a free-spirited travel writer whose recent break up makes her reevaluate her life. While vacationing, a twist of fate forces her to share a cabin with a widowed father in what might just be her best Christmas yet.

The beloved Hope Valley characters return in this Christmas special. A production that’s an official tease to the fifth season of Hallmark’s popular When Calls the Heart. And yes, Daniel Lissing aka Jack Thornton IS back, Hearties!

An aspiring fashion designer is tasked with creating a gown for a New York socialite. This job leads her to meet, quite possibly, the man of her dreams, a man who happens to be a prince! Sam Page (Walking the Dog, All Things Valentine), who was seen earlier this year in The Perfect Christmas Present, stars.

Click through to learn what’s premiering on Hallmark Movies & Mysteries!