There’s just something about certain epic love stories in classic literature that make us swoon or fall in love over and over again. Whether it is the utterly romantic dialogue that takes our breath away, characters that just capture our hearts, or unforgettable moments that keep us wanting more, these are just some of the epic love stories in classic literature that are worth returning to again and again. So, on this most romantic of holidays, take out a hot cup of cocoa, grab your tattered copy, and once more immerse yourself in one of the best love stories of all time!

What is a love story list without Jane Austen’s most iconic couple? Sure, some may have fallen in love with Colin Firth’s portrayal of Mr. Darcy before reading the book, but the adaptation was just another way to introduce the romantic classic to a new generation (Matthew McFadyen doing that for many as well). Jane Austen’s tale of misunderstandings will be sure to steal your heart if you have yet to read the beloved novel, Pride and Prejudice.

While I wish I had room to include EVERY couple Jane Austen ever wrote on this list (because who does it better?), I wanted to at least include one more, my particular favorite: Wentworth and Anne. I dare you to read Persuasion and not get sucked in. Aside from Austen’s hilarious ironic commentary, Captain Wentworth is one of the dreamiest heroes out there, making Persuasion quite the entertaining read. It’s hard to not fall in love with Wentworth and Anne in this romantic classic about second chances.

This lesser known Victorian novel by Elizabeth Gaskell finally got a huge boost in recognition when the BBC miniseries starring Richard Armitage in 2004 aired. And while I love both book and adaptation equally, the novel is one passionate love story you don’t want to miss. With traces of Jane Austen, Gaskell touches on social issues in a Dickens-like way at the same time. Gaskell also has a way of really getting into Thornton’s thoughts that make this literary romance all the more powerful. North and South is truly a gripping read from beginning to end and an essential one for all old-fashioned romantic enthusiasts.

L.M. Montgomery has a beautiful way with words, descriptions of nature, and, of course, characters that have the power of touching hearts everywhere. Anne Shirley with her temper and red hair is a force to be reckoned with, a force that makes the perfect match with Gilbert Blythe. This is the literary couple to enjoy if you hated the outcome of Little Women when it came to Jo and Laurie. But really, Gilbert has to be one of the most swoon-worthy fictional characters ever! Reading Anne and Gilbert fall in love is a treat right from the beginning when Anne breaks a slate over his head! And for fans of the miniseries, there are plenty of great moments from Anne of the Island that never made it in! Plus, wonderful scenes of them as a married couple! 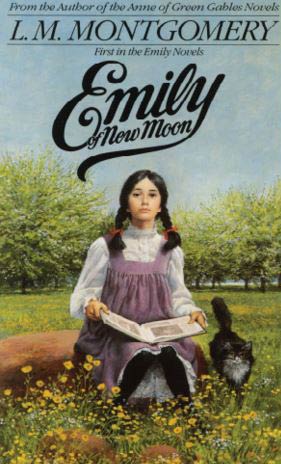 In another series written by L.M. Montgomery, Emily and Teddy are equally as wonderful as Anne and Gilbert, just not as well known. Like Anne, Emily is an orphan and this is a coming of age tale about friendship, family, place, and love. The best friendship between Teddy and Emily is so sweet that I read this over and over as a teenager and then as an adult. If you love Anne, then you will love Emily too!

There is a reason Gone with the Wind was the bestselling book of its time because it is definitely one of the most epic love stories of all time. The chemistry between Rhett and Scarlett, spoiled Southern Belle extraordinaire, is just as intense and passionate as the infamous film. While the ending left us hanging, we can always imagine what might have happened between this larger-than-life literary couple.

No one does Byronic Heroes quite like the Brontë sisters! Mr. Rochester’s Byronic moodiness and temperament mixed with his flirty humor always make reading Jane Eyre a wonderful experience. The tension between these two is so palpable that the relationship between Jane and Mr. Rochester feels real. For fans of the Gothic romance and classic literature in general, you can’t go wrong with this literary couple. It’s a tale of mystery, passion, and redemption. My personal favorite book of all time.

Shakespeare knew how to write romantic tragedy better than anyone, and still, no one can touch his genius. Sure, the two fall in love and are willing to die for one another without even knowing the other well, but the language and intensity written between Romeo and Juliet are so iconic and romantic, that we just don’t care!

Turn the page to check out the final seven epic love stories in classic literature!