THE BOOK: North and South (1855) by Elizabeth Gaskell

THE MOMENT: After being struck down by a stone during a strike, Thornton carries Margaret and secretly tells her he loves her.

The story of Mr. John Thornton and Margaret Hale is well known now thanks to the epically romantic BBC mini-series starring Richard Armitage, but what of the book? Does the love story compare to that of the lush period drama? If you haven’t read the classic novel just yet and while there is no train scene at the end of the novel (sorry), Gaskell’s story is just as passionate as the film. And because so many are familiar with this love story already, I want to focus on a scene that didn’t make it into the adaptation. This truly romantic moment in literature is one well worth remembering.

The Build Up – Thornton and Margaret

When Margaret Hale first moves to Milton, she is turned off by the smoky, harsh atmosphere of the town. And then there is Mr. John Thornton, master of Marlborough Mills and friend to her father. Almost immediately (and no she doesn’t witness him beat up a Mill worker), she doesn’t like him. She thinks him too rough, insensitive, and just plain dislikes his industrial views. He just isn’t a gentleman in her eyes. At the same time, Thornton thinks Margaret a little puffed-up, but quickly feels passionately drawn to her beauty and independent soul.

While the two are at odds with their viewpoints, a strike breaks out. Both workers and masters won’t give in, and then Mr. Thornton does the unthinkable: to keep his Mill going, he brings in Irish workers. Angered by this turn of events, some of the strikers create a mob to go after Thornton, just as Margaret decides to pay the Thorntons a visit. It is the perfect set up for this classic literary and romantic moment.

Visiting the Thorntons to ask for a water bed for her sick mother, Margaret realizes she came at the most unfortunate time. The mob building, they arrive at the gates. With the soldiers twenty minutes away, Thornton tells Margaret to “keep up [her] courage” (Gaskell, E-Book of North and South).

But Margaret isn’t afraid, rather worried about the strikers, and asks Thornton if there was anything he could do to “soothe these poor creatures.” Thornton merely tells her to wait for the soldiers who will “bring them to reason.”

Margaret with intense passion and empathy for the ravenous strike workers implores Thornton to “Go down and face them like a man,” to “save” his Irish workers. She tells Thornton to talk to the strikers like people, “man to man.” 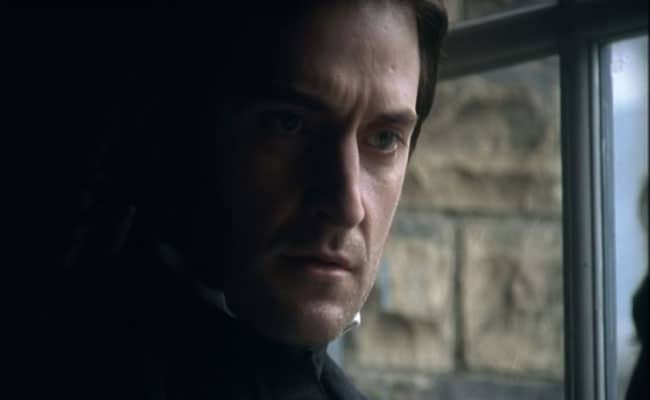 With this call to be noble and courageous, Mr. Thornton does what she asks, and goes out to face the mob of starving men. Almost instantaneously, Margaret wonders if she made a mistake and fears for Thornton’s life. Soon, she feels “intuitively” that they mean Thornton harm. Then she sees men arming themselves with “heavy wooden clogs,” and Margaret rushes out the door to save the man she put in danger.

With passion, she tells them: 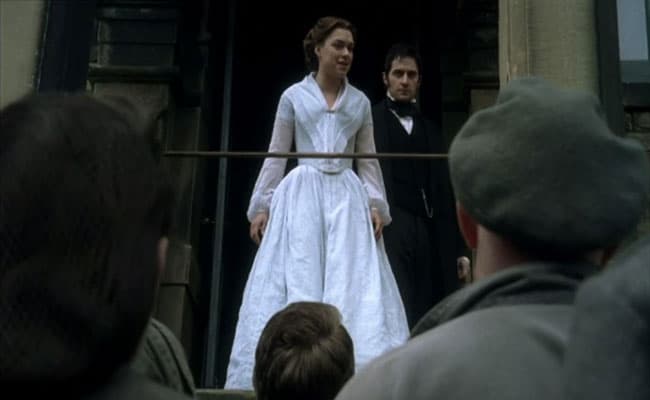 “Oh, do not use violence! He is one man, and you are many.” She continued to tell them to back off, but Thornton just enraged the crowd more. Once again, Margaret could see the crowd’s dark intentions, the clogs in hand. Soon, “she only thought how she could save him.” Like the mini-series, “She threw her arms around him; she made her body into a shield from the fierce people beyond.”

While Thornton tried to shake her off, she insisted to save him because he “did not see what [she] saw.” A clog went by them and missed. Once more, Margaret pleaded with the crowd, but to no avail. Then it happened. A pebble, “grazing forehead and cheek,” knocked her down. 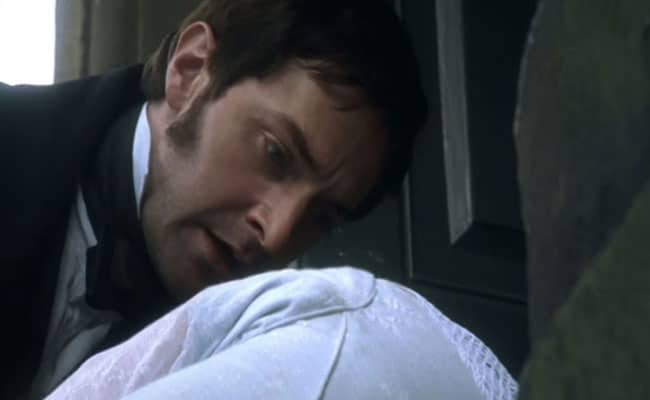 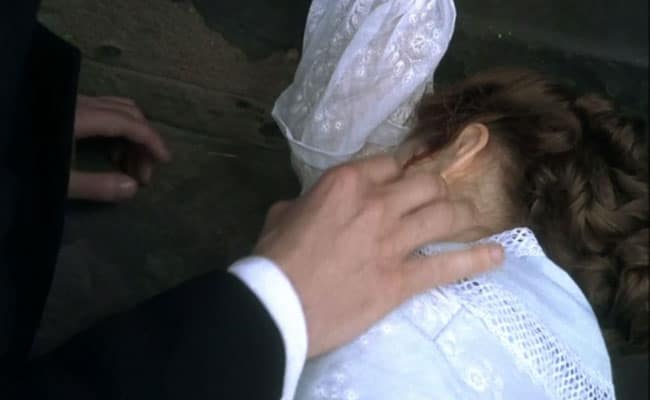 “She lay like one dead on Mr. Thornton’s shoulder. Then he unfolded his arms, and held her encircled in one for an instant.” With anger he faced the crowd, and at the sight of the pale woman, they retreated. Instead of just being thankful for saving his life, his impassioned nature turned to anger towards her foolishness. As she came to, she even tried to take of herself. But just as she fell once more into blackness, Thornton catches her and carries her into the dining room (why this wonderful part of the scene was cut from the mini-series still flabbergasts me). 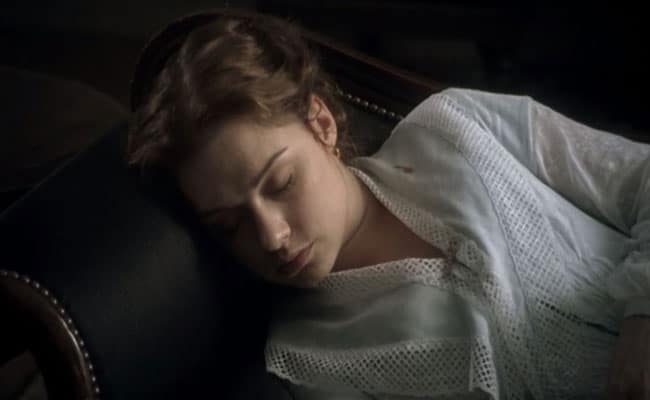 It is in that moment, that Thornton’s epiphany of romantic feelings surface to a complete understanding of his mind, “for looking on her pure white face, the sense of what she was to him came upon him so keenly that he” couldn’t help but confess aloud his intense feelings. His confession (though she was not awake to hear) was thus:

“Oh, my Margaret—my Margaret! No one can tell what you are to me! Dead—cold as you lie there, you are the only woman I ever loved!” His profession of love gets cut short when his mother enters the scene, but after this, there is no going back for Thornton. His inner thoughts become more and more passionate as the chapter continues, him wondering why she decided to face the mob and save him.

What follows in the next chapter is Thornton’s decision to ask for Margaret’s hand, even though he still fears she feels nothing for him. If you’ve seen the mini-series, you know what happens next and how the story ends (hint: there’s a happy ending). But, I will stop there. The rest of the book is definitely worth reading on your own. It really is one of the most romantic classics available mainly because of the intense passion between Mr. Thornton and Margaret Hale.

Do you love North and South? The romance between Thornton and Margaret? Sound off below to tell us your favorite scene…

Our romance-themed entertainment site is on a mission to help you find the best period dramas, romance movies, TV shows, and books. Other topics include Jane Austen, Classic Hollywood, TV Couples, Fairy Tales, Romantic Living, Romanticism, and more. We’re damsels not in distress fighting for the all-new optimistic Romantic Revolution. Join us and subscribe. For more information, see our About, Old-Fashioned Romance 101, Modern Romanticism 101, and Romantic Living 101.
Pin this article to read later! And make sure to follow us on Pinterest.
By Autumn Topping on August 1st, 2015