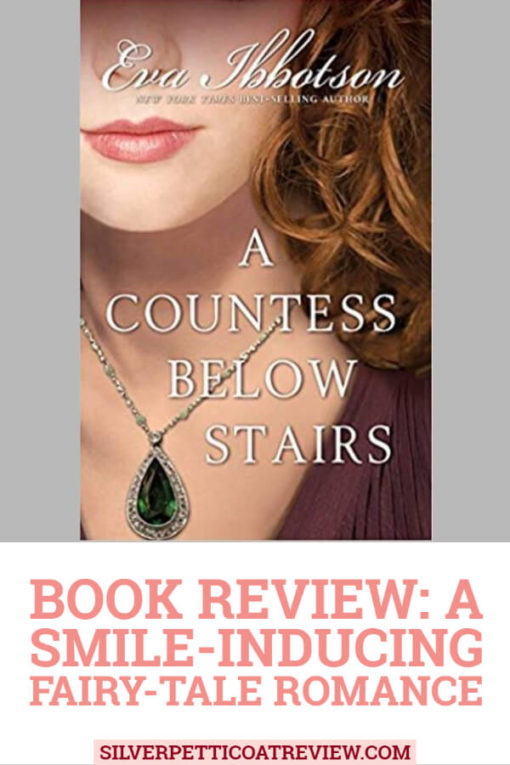 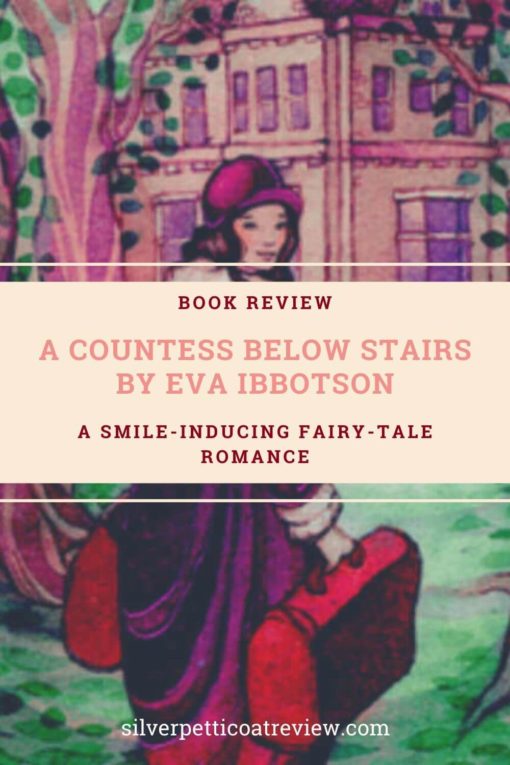 Will falling in love uncover her past? Read our classic book review of Eva Ibbotson’s A Countess Below Stairs or The Secret Countess.

A Countess Below Stairs Synopsis

After the Russian Revolution turns her world topsy-turvy, Anna, a young Russian countess, has no choice but to flee to England. Penniless, Anna hides her aristocratic background and takes a job as servant in the household of the esteemed Westerholme family, armed only with an outdated housekeeping manual and sheer determination.

Desperate to keep her past a secret, Anna is nearly overwhelmed by her new duties – not to mention her instant attraction to Rupert, the handsome Earl of Westerholme. To make matters worse, Rupert appears to be falling for her as well. As their attraction grows stronger, Anna finds it more and more difficult to keep her most dearly held secrets from unraveling. And then there’s the small matter of Rupert’s beautiful and nasty fiancée.

Book Review: A Countess Below Stairs (1981) by Eva Ibbotson

If you have a thing for sweet fairy tales and enjoy Downton Abbey, then Eva Ibbotson’s historical romance A Countess Below Stairs might be for you. (The book has also been published under the title The Secret Countess.) The story focuses on a refugee from war-torn Russia, newly arrived in England.

In the book, Anna Grazinky’s circumstances vastly change from the splendor and privilege of her childhood. Raised above stairs to be dancing in grand ballrooms and wearing jewels, she now finds herself one of the invisible servants, maintaining the grandeur for those above them. But blending into the background has never been Anna’s forte.

Her father is dead. Their home plundered. The family jewels are lost, possibly stolen by an otherwise loved and trusted servant, who was to smuggle them out. So, Anna, her mother, her younger brother, and her English governess have arrived in post-WWI London penniless.

Well, her governess Miss Pinfold is not penniless, but her nest egg did not take into consideration having to support three other people.

Sparing young Peter the direness of their financial situation, he is duly packed off to a good boarding school. And Anna enters domestic service to help pay for her baby brother’s education and lessen the burden on her former governess.

Desperate for house help, however untrained, the butler and housekeeper of Mersham, the ancestral estate of the Earl of Westerholme, take on the enthusiastic and determined Anna. It’s a temporary position, only to see prepping the house for the return of the new earl and his bride-to-be.

The new earl is a second son, his elder brother having died in the war. He, himself, has been recuperating after injuries for many months and is haunted still by his wartime experiences.

That’s where he met Muriel; she was his nurse. Rupert is apprehensive about taking on the earldom and with it, all its responsibilities. The estate is in dire financial straits. So, the relationship with the orphaned heiress Muriel is a godsend.

But then there’s an earnest, straightforward, lovely servant girl – full of compassion, humility, and goodness. The girl whom the earl’s dog adores and follows faithfully. The girl who charms everyone. And as Anna charms, the exquisite Muriel is increasingly showing her frostiness and letting slip her revolting ideas about eugenics. She ain’t pretty, she just looks that way, as the saying goes.

And I don’t want to reveal it all here.

A Countess Below Stairs is a fairly standard, frothy, fairy tale, plot-wise. But Ibbotson’s intellect, witty writing, humor, and eye for details hone this work into something special. It’s fun and lighthearted and silly at times, despite its time of significant loss and upheaval and rising intolerance.

So, all these wide-world elements are there, shaping and forming what is essentially a modern-day fairy tale. It’s an incredibly nuanced balancing act that is successful, thanks to Eva Ibbotson’s fine, fine writing. And it makes A Countess Below Stairs a very compelling read.

There’s a scene in the book where Rupert, the earl, returns to his old haunts at Cambridge, and that brings back memories of old friends. He then lists them and their deaths at various battles. It’s such a poignant scene that adds such depth and gravitas to this otherwise lighthearted tale. And the book is full of these little anchors into the macrocosmic depths.

“It is always a mistake to go back – and to go back to a place where one has been wholly happy is foolishness indeed.”

The ending goes into a madcap shout-out to Jane Eyre. And it leaves you laughing and smiling and sighing and hopeful. Indeed, A Countess Below Stairs is a frolicsome read, a deceptively lighthearted tale with much depth. I’ll be rereading this one. It’s become a new favorite.

Adaptation Recommendation: Oh, I would love to see this depicted onscreen. Seriously, why are there no production companies looking to the works of Eva Ibbotson? She weaves wonderful tales and writes exceedingly well.

Have you read A Countess Below Stairs? What are your thoughts on this book? Leave a comment below!

5 thoughts on “A Countess Below Stairs by Eva Ibbotson: A Smile-Inducing Fairy-tale Romance”