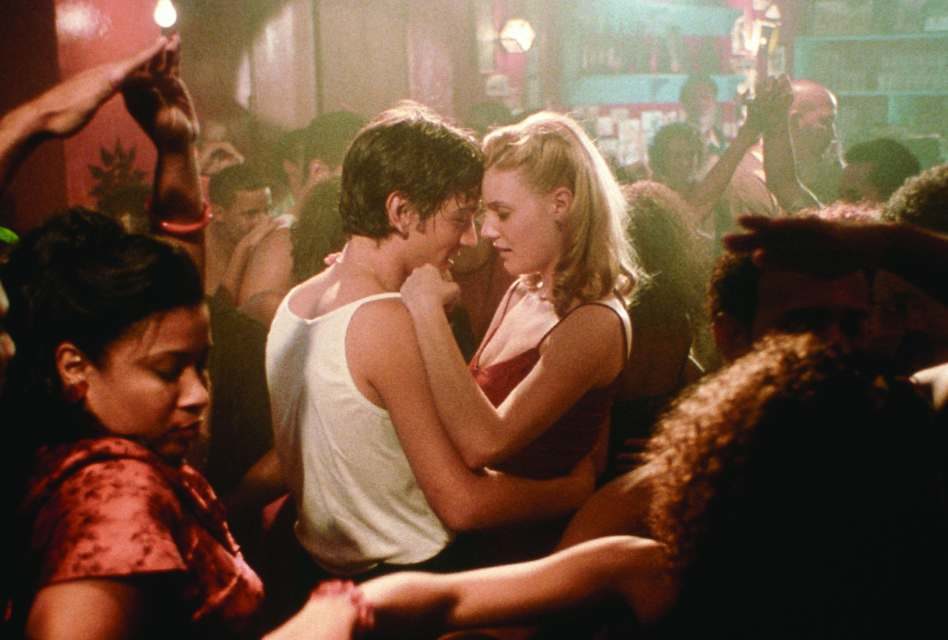 Though not a “proper” prequel or sequel to the 1987 film Dirty Dancing, Havana Nights keeps the basic premise of the timeless love story intact. It’s also surprisingly based on a true story – that of choreographer JoAnn Jansen. Despite the real-life inspiration, the main difference between the two films is the dangerous era and location.

November 1958 finds the Miller family moving to Cuba – on the brink of the Revolution. The eldest daughter, Katey (Romola Garai) is unhappy about these changes. A senior at her high school, Katey’s on track to graduate with prestigious college possibilities and feels unprepared by the sudden change. However, as she tries to make friends among the “country club” young people, Katey finds herself unexpectedly drawn towards the Cuban culture instead.

The dancing in particular makes her feel something. It’s unlike any experience she’s ever felt or seen before. She’s further intrigued by Javier (Diego Luna), a young man working at the hotel where her family stays. When he’s fired for showing her kindness, Katey convinces him to enter a dance competition as her partner. It’s this that changes everything…

Back when driving to, and walking into an actual brick and mortar store to rent a DVD was still “cool,” I saw this film. That was many years ago now, so recently I again sat down to watch this film, and while imperfect, the result’s the same. Havana Nights entertains.

Considered a “prequel” to the original Dirty Dancing film, this film didn’t receive fantastic reviews. It’s on “worst sequel” lists, and didn’t make an impression at the box office. Irrelevant of this, as a viewer, this film accomplishes what it sets out to do, entertain. The opening sequence is a little rough, and feels disjointed in some sense. Fortunately, this smooths itself out before much time elapses and the rest of the film feels more “put together.”

One thing this script isn’t particularly strong with is character development. Given the film runs only 86 minutes, none of these characters earn in-depth characteriztions. Instead, we meet a group of characters we like, but never really know. (Fun trivia fact: Sela Ward and John Slattery reunite here as co-stars from the romantic-comedy, Catch a Falling Star.) What’s cool about this film, however, is that it offers many throwbacks to the original. And thankfully, not in an effort to be like the original. Havana Nights is still its own story and makes its own mistakes. It tells its own version of the star-crossed romance. Some of the ways it does honor the original is with a cameo by Patrick Swayze, and avid fans will recognize the gentle strains of ‘Time of Our Life’ softly playing.

RELATED | DANCING IS GOOD FOR THE SOUL, THE BODY, AND THE SPIRIT – 15 SPONTANEOUS DANCE SCENES FROM FILM AND TV 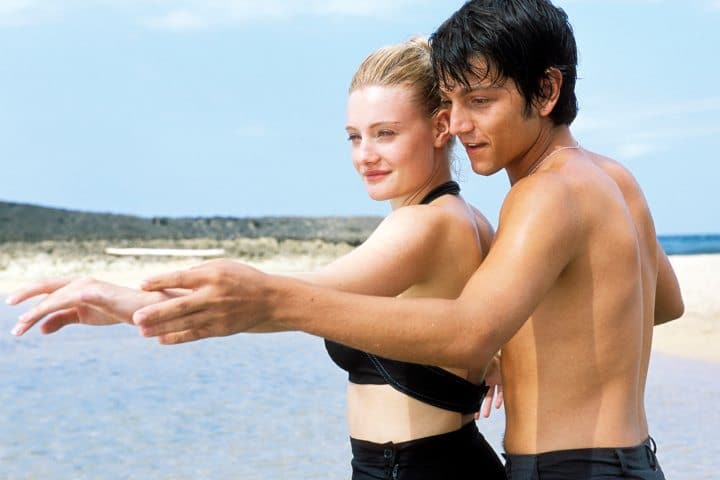 From the historical backdrop (Cuba’s revolution) to the music and costumes, everything’s lovely to experience and look at. It’s especially interesting to see how the costumes tell a story. In this case, it shows the change and progression of Katey as a character. Also breathtaking is the scenery and the romantic sequences on the shore line which helps to showcase the romance of the film.

Overall, if you’re looking for something sweet and romantic, Dirty Dancing: Havana Nights is a cute if imperfect ’50s-era period drama best appreciated as a standalone film inspired by a true story rather than as a Dirty Dancing prequel or sequel. Like this storyline is prone to do, the ending has both bitter and sweet conclusions, but it ends with smiles, which in turn makes the viewer feel good.

Where to watch: You can rent or own ‘Havana Nights’ on Amazon Video or DVD.

Content Note: Some of the dancing is sensual (Katey struggles with the intimacy of dance), and there’s an adult situation. Dirty Dancing: Havana Nights is rated PG13.

Have you seen this romantic drama? Did you like it or dislike it? What’d you think of the dancing? Share your thoughts and verdict down below.