Jane Austen’s Mansfield Park has been adapted to the screen quite a few times. The two versions for my romantic competition is the 1999 version starring Frances O’Connor and Jonny Lee Miller versus the 2007 version with Billie Piper and Blake Ritson. Both adaptations have excellent points about them. But which does the romance between Fanny and Edmund justice? Which on-screen version best brings to life Jane Austen’s classic tale? Let’s see how the two versions stack up against each other. 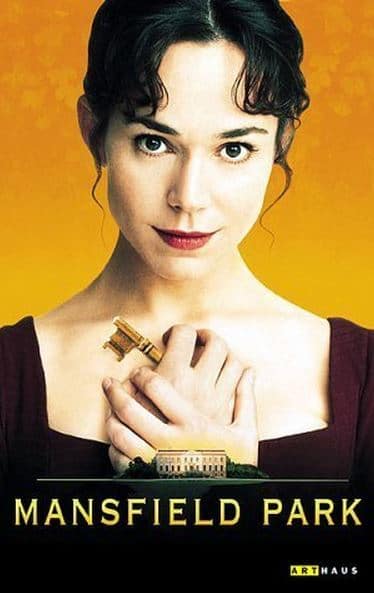 I always call this the mature version of Mansfield Park. This version represents the themes of the novel in darker ways. From Maria getting caught in the act with Henry, the family’s connection with slavery, to the poverty of Fanny’s family, the movie offers it all in stark detail. This adaptation does deviate a bit from the books in this way however. I think perhaps they were trying to appeal to non-Austen fans as well or just intermingle Fanny with a little of Jane Austen herself. For instance, Fanny’s character is truly charming, an independent young woman who wants to become a writer. She is witty, loyal, and passionate. It’s a contrast to the Fanny in the classic novel. In Austen’s work, she was quiet and shy. And while this Fanny is still rather shy, I rather liked the more vocal Fanny Price here. Her relationship with Edmund is even more passionate in this adaptation.

You can sense the underlying tension between the two throughout the film for starters. Edmund is attracted to Mary Crawford, but I always believed he was distracting himself from his true feelings towards Fanny. They both believe that they shouldn’t be together, but they can’t deny their feelings over time, having multiple romantic close calls during the movie. Their interactions are a definitely more heated than in the other adaptation. I will never forget that almost kiss….  Jonny Lee Miller also made a great Edmund, but then again, Miller knows how to play an Austen character like a pro.  Check him out in Emma (hint: he’s fabulous). In short, the 1999 version has a bit more spice. 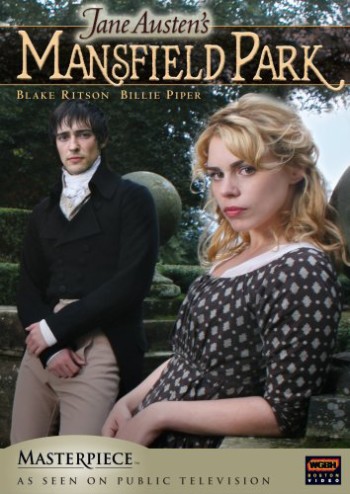 The 2007 TV adaptation captures the Jane Austen period drama spirit. Still, overall, there was a lack of screen time for important characters from Austen’s book, like the Bertram sisters. I always felt this version, though charming, was rushed in its short 90 minute time frame. Fanny’s family in Portsmouth doesn’t even factor much into the plot. There were also a lot of gaps in the movie that made it frustrating to watch. Nevertheless, there are merits to the film. Billie Piper’s Fanny was truer to the book as Fanny suffers in silence a great deal and Billie Piper brought that to the screen extremely well. For instance,much like Austen’s classic, Fanny Price was sweet, kind, and much more timid than Frances O’Connor’s Fanny.  Her romance with Edmund is closer to the novel as well.

Ritson and Piper made a charming pair, though their romance is quite different from that of Lizzie and Darcy’s. They remind me of teenagers with crushes on each other at the prom, with one who must make the first move. Their first kiss had just enough passion to make Austen fans cheer. As a whole, this version kept the tone of Austen’s original novel much better.

I can’t help but prefer the 1999 version over the 2007 Mansfield Park. The 1999 adaptation may take a bit more liberties, but it made me like Fanny more. It was hard for me to love her in the books as I like my heroines more like Lizzie. Furthermore, I felt more chemistry from the main couple in this version as well. The 2007 version just cut out too much from Jane Austen’s original for my taste.

What adaptation of Mansfield Park did you like best? Sound off in the comments.

Our romance-themed entertainment site is on a mission to help you find the best period dramas, romance movies, TV shows, and books. Other topics include Jane Austen, Classic Hollywood, TV Couples, Fairy Tales, Romantic Living, Romanticism, and more. We’re damsels not in distress fighting for the all-new optimistic Romantic Revolution. Join us and subscribe. For more information, see our About, Old-Fashioned Romance 101, Modern Romanticism 101, and Romantic Living 101.
Pin this article to read later! And make sure to follow us on Pinterest.
By Mandi Harris on July 8th, 2015

8 thoughts on “Which Adaptation is Better? Mansfield Park Edition”