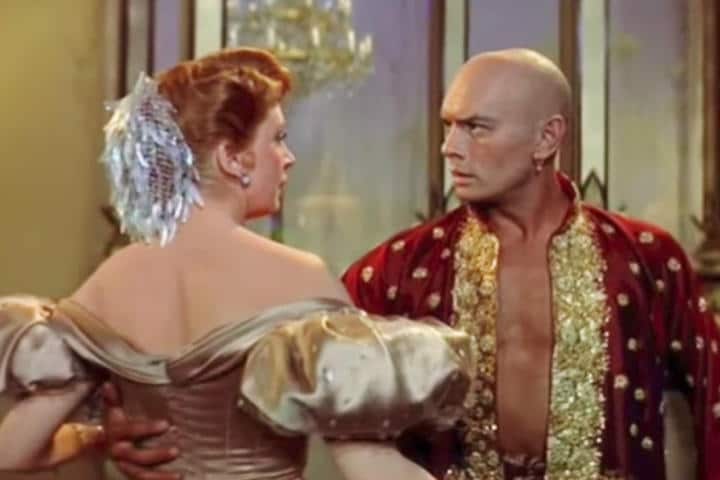 The King and I Review

I remember being about 10 years old when I saw The King and I for the first time. My twin and I sat on the floor in front of the television in our grandmother’s room and we were spellbound. I recall wishing I could try on a dress with a large hoop skirt and that I too, just like the film’s leading lady, would dance so competently to the tune of “Shall We Dance”.

The film held me captivated, but more so, the music stuck with me into adulthood. To this day, musicals are still among my favourite experiences on the planet. My love of musicals began with The King and I.

I am no longer ten years old, however, and with a modern lens, there is much about The King and I to examine. I remind myself constantly that this film, with its charming score and colourful sets, was written in the 1950’s – a very different time. In 2017, with culture, race, and ethnicity an important part of the social discourse, The King and I must be viewed as a product of its time.

Getting To Know You 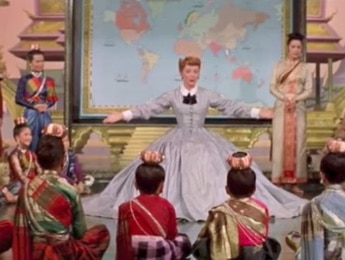 With that in mind, The King and I is one of the classic Rodgers and Hammerstein musicals. The film is based on the novel, Anna and the King of Siam by Margaret Langdon, which chronicles the real-life story of Anna Leonowens (Deborah Kerr) in the 1800’s. Mrs. Leonowens was a widowed Englishwoman who after the death of her husband, accepts a teaching position in Siam (modern day Thailand). Her charges are the numerous children, subsequent wives, and concubines of King Mongkut of Siam (Yul Brynner).

Getting to know you. Getting to feel free and easy. When I am with you, getting to know what to say. Haven’t you noticed, suddenly I’m bright and breezy. Because of all the beautiful and new things I’m learning about you. Day by day

Siam is equal parts mesmerizing and infuriating but completely foreign to Anna’s English sensibilities. Despite an initial squabble about housing though, she decides to honour her teaching post when she falls in love with the royal children. Anna, however, has her work cut out for her. King Mongkut is a fascinating contradiction. While he desires a modern, progressive, scientific Siam, he is also a traditionalist at heart whose arrogance and force of will is mighty. 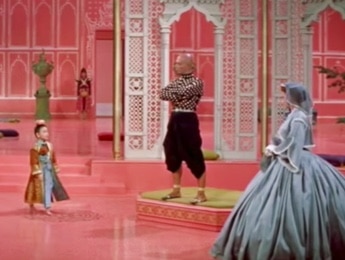 Immediately Anna and the King clash as their cultural differences and personalities create friction. Mongkut wishes for the world to see Siam as a modern civilization and Anna works alongside him to dispel the notion that he is nothing more than the barbarian the west would brand him as. However, when a young concubine, Tuptim is brought to the palace, her love for another man places her at odds with her duty towards the king. The consequences for Tuptim (Rita Moreno), Anna and the King are devastating. Unfortunately, while Mongkut wants to usher Siam into modernity, change in tradition cannot happen overnight. 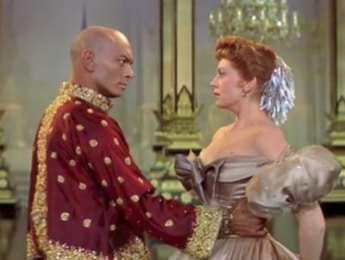 The obvious thing that works about The King and I is the music! Oh, how the music works. Of all the musicals in all the world, most everyone who adores the genre must know the iconic “Shall we dance” which is surely the film’s crowning glory. Anna and the King share a dance and it’s strange to describe. On one hand, she remains teacher and he a pupil. On the other, the scene is underscored by a tangible sexual chemistry as the two leads touch. It feels forbidden, despite the fact that there is nothing strictly inappropriate about it. The scene is also framed by the King’s frenetic personality, which should negate any hint at romance. However, it doesn’t.

Shall we dance? On a bright cloud of music? Shall we fly? Shall we then say goodnight and mean goodbye? Or per chance, when the last little star has left the sky. Shall we still be together with our arms about each other and shall you be my new romance? On the clear understanding that this kind of thing can happen, shall we dance?

“Shall we dance” is truly my favourite song from the film, beating the enchanting “Getting to know you”. As the title suggests, Anna is getting to know her pupils. Beware of this one getting stuck in your head. You’ll find yourself humming it for days, coupled with the constant urge to sway your imaginary hooped skirt.

While those are my top two favourites because they are bold, big songs, “Hello, young lovers” and “Something wonderful” are heartbreakingly tender too. Truthfully, from a musical perspective, The King and I is in my opinion, quite flawless. 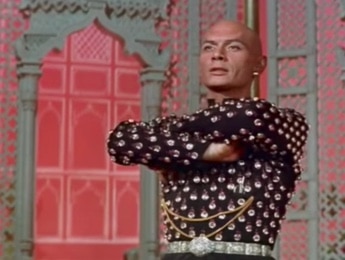 The cast of The King and I, especially its leads Yul Brynner and Deborah Kerr, are electric. As a little girl, I had the biggest crush on Yul. Watching the film now, I realize I still do. The commanding voice, the on-screen presence and his tyrannical, yet effervescent charm is incredibly captivating. While there are elements of the ridiculous in the character, that is a flaw of the writing, not the actor. It’s no wonder Brynner won an Academy Award for his performance. King Mongkut is vigorous, brash and full of life. Yet Brynner imbues him with hints of great affection and kindness. These traits layer the character and make him more complex than one would initially assume. 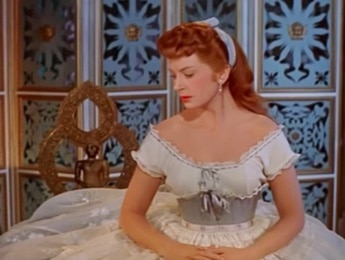 Deborah Kerr, unfortunately, did not win an Oscar, though she did take home a Golden Globe for her efforts. As Anna Leonowans, she is warm and sympathetic. The character is also strong-willed and quite willing to challenge the King – perhaps more creative license than actual historical fact – but it’s fun to watch nonetheless. Kerr infamously did not sing her songs for The King and I – that honour belongs to ghost voice, Marni Nixon.

Nevertheless, Brynner and Kerr have sizzling chemistry. While the musical never goes full romance, their heat is quite undeniable. Even if it is the 1800’s, she’s laced up to her throat and he’s stalking around bare-chested. Oh, the swoons Brynner must have delivered.

Rita Moreno and Carlos Rivas have small, but pivotal roles in The King and I. As Tuptim and her forbidden lover, they bring an aching poignancy to their doomed romance and their musical set piece, “We kiss in a shadow” is the perfect lover’s song. 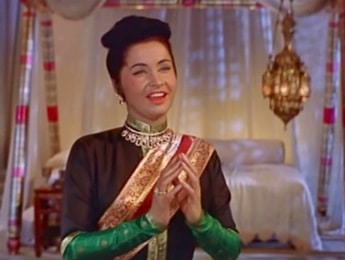 Like many a classic film that is appreciated and revered for its acting, cinematography or in this case its music, as I mentioned earlier, The King and I is a product of its time. For that reason, the characterization of the Asian culture as backward and the lack of diverse, appropriate region-specific casting is problematic and deserves a mention. King Mongkut, in particular, is characterized as inept, silly and narrow-minded. In contrast, Anna is uncharacteristically independent and verbose for an Englishwoman in the 1800’s. While from a story perspective this gives us great verbal battles between the King and Anna, in reality, it’s highly unlikely the real Anna Leonowans was as glib and free-spirited.

I Whistle a Happy Tune

The King and I is a musical classic. While the telling for a modern audience might require somewhat of a refresh, in its current form the film is a delightful treat. By comparison, in 1999, Andy Tennant directed Anna and the King, a modern retelling. While not a musical, the film parallels the original source material. If you loved The King and I, Anna and the King is worth a watch. I personally really enjoy Jodie Foster and Chow Yun-Fat (who is incredibly handsome it must be said) in Tennant’s more overtly romantic version.

Where to Watch: The King and I is available for sale or streaming on Amazon and iTunes.

Content Note: The King and I is safe for family viewing.

Have you watched The King and I? What did you think? Comment below and let me know!

Our romance-themed entertainment site is on a mission to help you find the best period dramas, romance movies, TV shows, and books. Other topics include Jane Austen, Classic Hollywood, TV Couples, Fairy Tales, Romantic Living, Romanticism, and more. We’re damsels not in distress fighting for the all-new optimistic Romantic Revolution. Join us and subscribe. For more information, see our About, Old-Fashioned Romance 101, Modern Romanticism 101, and Romantic Living 101.
Pin this article to read later! And make sure to follow us on Pinterest.
By Naazneen Samsodien on September 22nd, 2017

3 thoughts on “Vintage Review: The King and I (1956)– A Spirited Musical Classic”