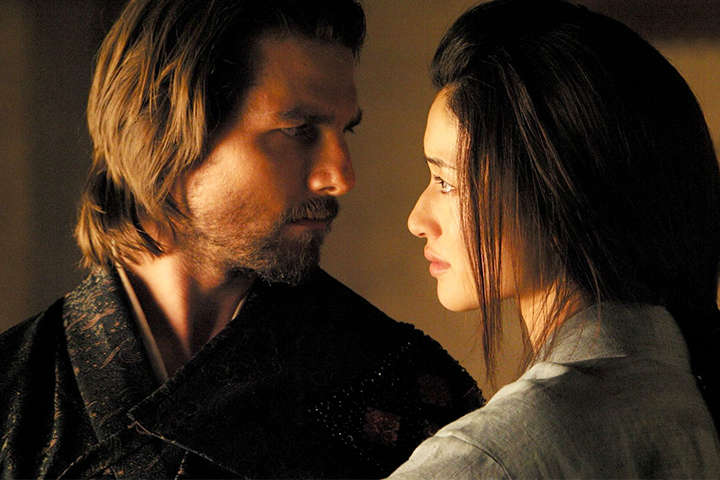 There is something wonderful about the epic scope of period drama. It never fails in its ability to draw one closer, offering a glimpse into a bygone era. It usually showcases a moment in history and excels when it entertains and educates in equal measures.

The Last Samurai is one of these films. Vast and ambitious in both scale and scope, it fairly hypnotizes as it weaves its indelible magic.

The Only Job For Which I Am Suited

The Last Samurai is a complex tale, weaving the stories of two very different men into a single tapestry. The first is the story of Nathan Algren (Tom Cruise), a bitter, emotionally crippled Civil War veteran. Arguably suffering from post-traumatic stress disorder, Algren buries his shame and dishonour in a barely functional alcoholic fugue.

In Japan, the emperor has turned his eye towards the inevitable pull of modernity. As such, he finds himself at odds with the last remaining faction of samurai. These warriors are lead by Katsumoto, a man whose way of life is rapidly becoming extinct as Japan bows to the ways of the West.

They say Japan was made by a sword. They say the gods dipped a coral blade into the ocean and when they pulled it out four perfect drops fell back into the sea. Those drops became the islands of Japan.

When a former commanding officer approaches Algren and offers him the opportunity to train an inexperienced, newly formed Imperial Japanese Army to fight against the samurai, he accepts the job for the pay. “I have been hired to suppress the rebellion of yet another tribal leader,” he narrates. “Apparently, this is the only job for which I am suited”.

The troops however are young men with no skill or appetite for war. Against his better judgement, Algren is forced to lead the fledgling army into battle. For his sins, he is captured by the Samurai upon their swift defeat.

What Does It Mean To Be Samurai? 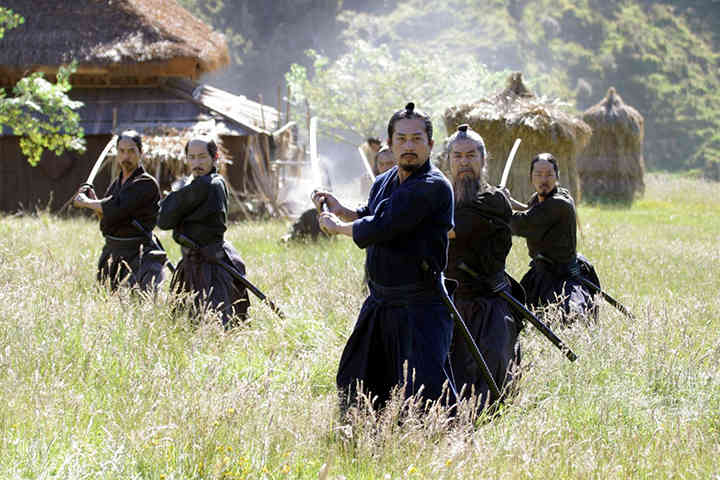 It’s as the second act commences that The Last Samurai begins to reveal itself as so much more than a simple action movie. Motivated by wanting to understand the enemy he faces, the enigmatic Samurai leader, Katsumoto, spares Algren’s life. As his captive, Algren is initially sullen and belligerent, but gradually, as the long winter month’s stretch ahead, both men begin to know and appreciate each other as they discuss the ethics of life and war.

Algren cannot help but be moved by his observations of the samurai way of life – their philosophies, discipline and compassion. “What does it mean to be Samurai?” he muses in his journal. “To devote yourself utterly to a set of moral principles. To seek a stillness of your mind and to master the way of the sword?”

The samurai, we learn, possess the one thing Nathan Algren has lost – honour. And so amongst them, he is able to discover his true purpose, his destiny and in many ways, is able to find peace.

While I confess to being a shameless Tom Cruise fan, The Last Samurai has arguably his most nuanced performance. Gone is the adrenaline junkie from Mission Impossible or Jack Reacher, and in its place is a thoughtful, complex character. As Nathan Algren, he transforms from a world-weary soldier to an enlightened warrior and the journey is an absolute delight to watch.

I am surprised to learn that the word Samurai means, ‘to serve’, and that Katsumoto believes his rebellion to be in the service of the Emperor.

I had initially feared that Tom Cruise’s star power would overwhelm his work in The Last Samurai. I was wrong. Tom Cruise is a co-creator in The Last Samurai, a partner offering a generous, understated performance in which he allows his fellow cast members to outshine him many a time. His performance is masterful as he allows the viewer to experience Algren’s spiritual and mental fragility, as well as his compassion and surprisingly, his sense of humour. 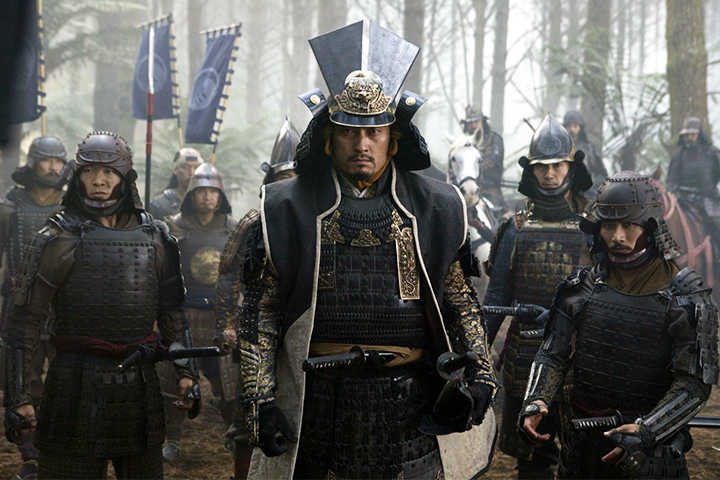 Beside Cruise, Ken Watanabe is a quiet, yet contemplative force. Katsumoto is a man who knows that he is fighting a losing battle against the pull of modernity. And yet he cannot forgo the principles and ethics that guide his way of life. He is a deeply spiritual character, a man who shoulders the responsibility for an entire community. One of my favourite scenes is when Watanabe uses his physicality to subtlety hint at Katsumoto’s weariness – the slight shrug of a shoulder, a little sigh. His performance fairly bristles with suppressed vigour and life and he is the absolute embodiment of what an onscreen hero should look like.

Alongside The Last Samurai’s towering lead talent, Japanese actress Koyuki plays Taka, Algren’s nurse and the subject of a deeply repressed, incredibly restrained love story. I expected a gratuitous love scene or a love story that would be under-serviced and therefore unrealistic. This is a Hollywood production after all. In this case, I am doing mental cartwheels as I report that Algren and Taka share a delicate romance characterised by duty, grief and eventually forgiveness. Their relationship is an arc within the story itself. In fact, Edward Zwick has re-framed the idea of a typical love scene in The Last Samurai, and its equal parts visually stunning and crushingly emotional.

RELATED: Romantic Moment of the Week – The Last of the Mohicans: Hawkeye and Cora

Finally, Hiroyuki Sanada is a strong, incredible presence as Katsumoto’s defacto second in command, Ujio. Beside the Algren/Katsumoto dynamic, one of the most captivating aspects of the film is watching the Algren/Ujio relationship parallel and evolve from disdain to grudging respect.

The Perfect Blossom Is A Rare Thing 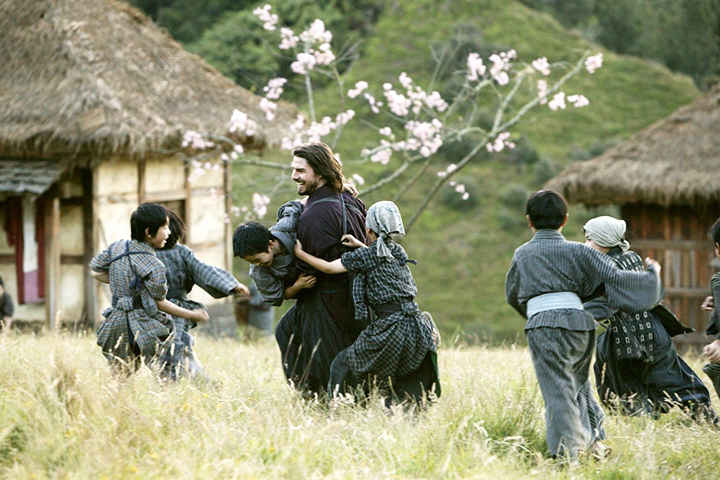 It’s hard for me to talk about this movie without gushing about it inarticulately. Quite simply, however, The Last Samurai remains one of the most beautifully crafted films of our times. Edward Zwick is masterful as both director and co-author. The cinematography in particular is breathtaking. The film is imbued with reverence for the subject matter, treating the Japanese culture with grace and the utmost respect.

If I must find a weakness in its magnificent armour, let it be attributed to the fact that the villains demand better characterisation. The emperor is weak, the American officers are bad and the Japanese advisers are simply greedy. The story might have done more to create shades of grey amongst an otherwise perfectly nuanced film.

I say Japan was made by a handful of brave men. Warriors, willing to give their lives for what seems to have become a forgotten word: honour.

While it might seem that the movie is all philosophy, let me assure you that it is not. It is a beautiful butterfly encased in a battered cocoon. The Last Samurai boasts amazing visuals and breathtaking battle scenes. And while impressive in scale, battles and war is not the core of this film. At its heart, The Last Samurai is about the heartfelt friendship between two men from different cultures. It’s also an emotionally resonant story about clashing cultures. 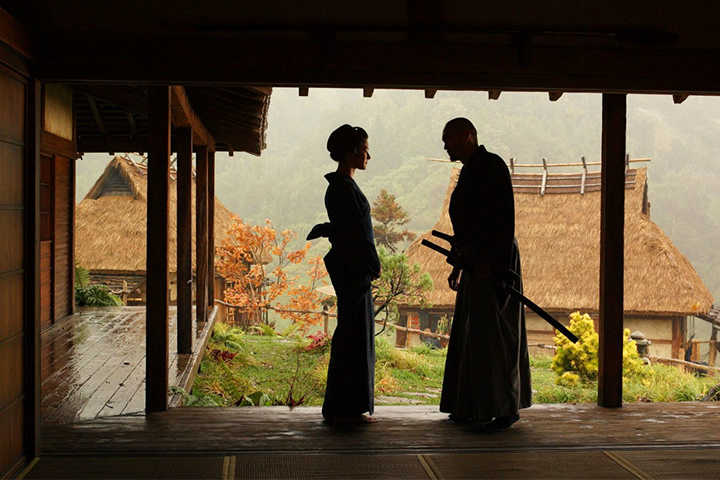 I would be remiss if I did not mention The Last Samurai’s score. Hans Zimmer’s beautiful score is poignant and touching, melancholy and hopeful and everything in between. A small measure of peace is a standout and has on occasion, moved me to tears.

The Last Samurai is an uncommonly thoughtful epic. The film is intelligently written and beautifully sketched. Conviction and restraint are also the prevailing characteristics displayed by all the actors.

Content Note: This film is rated R for violence and battle sequences.

Have you watched The Last Samurai or listened to its soundtrack? If you have, what did you think? Comment below and let me know!

Our romance-themed entertainment site is on a mission to help you find the best period dramas, romance movies, TV shows, and books. Other topics include Jane Austen, Classic Hollywood, TV Couples, Fairy Tales, Romantic Living, Romanticism, and more. We’re damsels not in distress fighting for the all-new optimistic Romantic Revolution. Join us and subscribe. For more information, see our About, Old-Fashioned Romance 101, Modern Romanticism 101, and Romantic Living 101.
Pin this article to read later! And make sure to follow us on Pinterest.
By Naazneen Samsodien on May 19th, 2017