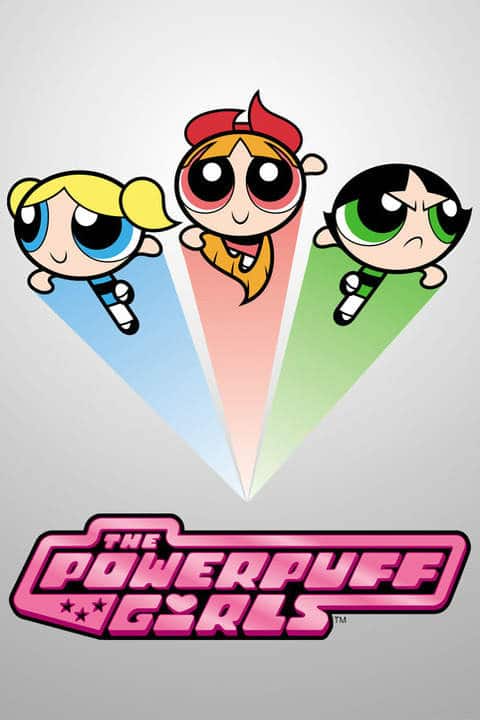 The Powerpuff Girls is an animated television series that aired on Cartoon Network from 1998-2005. The show was created by Craig McCracken, who also created Foster’s Home for Imaginary Friends and Wander Over Yonder as well as writing and storyboarding for Dexter’s Laboratory. The Powerpuff Girls chronicles the adventures of three little girl superheroes created by Professor Utonium as they work to keep Townsville safe from memorable villains and giant monsters.

The Powerpuff Girls is not only colorful with a distinct and easily imitable art style but also has elements that allow the show to appeal to both boys and girls. It is a show that I hold close to my heart. I grew up with it and often drew my favorite characters. I enjoy the show for its art, humor, how it pokes fun at superhero tropes and, of course, the characters. This is a show with a very large cast of characters and each one has something memorable about them. I may at some point in the future make another article about typing more villains and side characters from this show. For now, however, I am going to be focusing on the Utonium family and my personal favorite villain.

Blossom is the leader of the Powerpuff Girls and as such she knows how to take control of a situation. She is known as the leader, commander and book smart sister and she often uses her advanced intelligence to help the people of Townsville. She is frank, decisive, articulate and quick-witted. Like many ENTJs, she is analytical and objective, swift in seeing inefficiency and theorizing new solutions. She excels in developing long-range plans to accomplish her vision, complete missions and setting personal goals. She enjoys working with others in pursuit of a goal and getting things done though she does not always pick up on emotional subtleties.

She is direct and can sometimes be presumptuous and arrogant. She is friendly and outgoing, often good with sizing people and situations up very quickly. She approaches every situation with the attitude of an efficiency analyst and is usually not shy about pointing out things that could be done better and ways for others to improve. She focuses on results and wants to be productive, competent and influential. She is well informed, well read and enjoys passing on her knowledge to others.

Buttercup is known as the toughest fighter and greatly enjoys any kind of physical activity. She loves being in the middle of the action though she can sometimes be too boastful about her physical capabilities. She is spontaneous, energetic and fun-loving. When she is not fighting crime, she fills her life with hobbies such as sports, physical exercise, being with friends and enjoying each moment that she can be active with others. Of all the Powerpuffs, Buttercup is the one most anxious to grow up so she can dance and party in night clubs. She has an open sense of humor and prefers to live in the moment. She would rather live spontaneously rather than plan ahead and theories and conceptual explanations bore her. These aspects of her character often result in her butting heads with Blossom.

Flexible and tolerant, Buttercup likes to take a pragmatic, energetic approach when confronted with a problem and focus on immediate results. She learns best through doing and hands-on approaches. Like many ESFPs, she enjoys material comforts and style and takes pleasure in the sights, textures and smells around her. This is evident in her sentimental attachment to her blanket. Another example is when she first stars getting an allowance and marvels at the texture and smell of money.

Bubbles is known as the joy and laughter. She is warm, friendly, kind, cheerful, optimistic, idealistic and loyal to her values, to the people, animals and causes that are important to her. She wants to live a life that is consistent with her values. She is adaptable, flexible, spontaneous and accepting unless her values are threatened. She is curious and quick to see possibilities. She loves taking care of others, seeking to understand them and to help them fulfill their potential. Bubbles lives in the moment and likes going with the flow. She is very sensitive and responsive to the emotional and practical needs of others, often stepping in to help.

Bubbles is like the glue that keeps the team together. If Bubbles was not around, all Buttercup and Blossom would do is argue and fight, trying to one-up each other. Bubbles is a pacifist unless provoked, which is unlike either Blossom or Buttercup. So those conflicting differences offer for Bubbles to be a catalyst to their otherwise volatile mixture, and allow Blossom to be cool and level-headed (most of the time) and Buttercup to be rambunctious with an action now attitude. Similar to most ISFPs, Bubbles has a fine-tuned artistic talent in the visual arts. She is sensitive to color, texture, patterns, tone and naturally knows what will be aesthetically pleasing.

He is an intelligent scientist and the father of the Powerpuff Girls. He finds logical analysis fascinating and seeks to develop logical explanations for everything that interests him. He is quiet, contained, flexible, and adaptable, which is useful when one is raising three super powered little girls. When he is in playful moods, he displays his quirky and whimsical side. He hyper focuses when it comes to solving problems either in his areas of interest or with his daughters. He is skeptical, sometimes critical, but always analytical. He often thinks in theoretical and abstract ways and is more interested in ideas rather than social interaction. As a result, he can sometimes appear detached and oblivious to the world around him because he is so deeply absorbed in thought.

He is very affectionate and supportive father, whose pep talks often bring the girls around when they are discouraged. He is also very good with helping them to reason out a complex dilemma. Sweet and doting, he often encourages in his daughters to be competent and independent, especially in their problem solving. While he is sometimes shown to be slightly skittish, he can be firm with the girls when the situation calls for it, especially when it involves academia. He is not always easily in tune to his children’s feelings, but when he is made aware he helps the best way that he can.

Him: INTJ – The Mastermind & ESFP – The Performer

Of all the villains in The Powerpuff Girls, Him is one of the strangest, creepiest, mysterious, most feared, most powerful and most memorable. Many fans of the show remember Him vividly and react with either fascination, fear, repulsion or a mixture. He is by far one of the darkest characters to appear on the small screen and His episodes are often regarded as some of the most disturbing of the series. His motivations are shrouded in mystery: He could just want to make sure evil is thriving, He could want to take over the world, He could just like screwing with people’s heads, He could like the challenge the Powerpuff Girls present to Him. We may never know. I use two different personality types to type Him because it matches His dual personality. Like ESFPs, He is fun-loving (though it is not the kind of fun most people would enjoy), enjoys being the center of attention, flamboyant, charismatic, surrounds Himself in pleasing (to Him) sights, smells, colors and textures, is keenly aware of the facts and details, observant of others and their needs so that He may know the best way to use them to His advantage.

Like INTJs, He is analytical, views the world as a chess board, has long-term goals, uses futuristic planning and has an instinctive knowledge of others and how to manipulate them. His dual nature also extended to His voice: it can be soft, calm, high-pitched and echoing one moment and then turn dark, deep, angry and serious the next. Him works as a character because He is so surprising. One does not expect this frilly, cross-dressing demon to suddenly explode into a furious and dangerous rage. It catches the audience off-guard, and that is when He strikes to get the upper hand. He mixes together an even helping of masterful genius and charming exploitation. He never tries to initiate trouble directly, but rather uses a mixture of alluring charisma and tactical manipulation to have His will fully realized. Him…highly regarded as one of the most complex, mysterious, disturbing, fascinating and entertaining animated villains to ever grace the television screen. Him is a character we may never fully understand, a character that is different in everyone’s mind. I think the only one who could ever truly understand Him is His madman/genius of a creator, Craig McCracken.

Do you agree with my assessment? Or do you disagree? How would you type the characters of The Powerpuff Girls? Let me know in the comments below!

By Moriah Burbank on September 8th, 2015