What comes to mind when you hear the phrase fairy tale? Do you think of happy endings like those seen in popular Disney cartoons (i.e. Cinderella, Snow White, and Tangled)?  Not all fairy tales are indeed happy, however. Consider the literary version of The Little Mermaid by Hans Christian Andersen in which the little mermaid chooses to die (becoming a spirit seeking a soul) rather than to kill the man she loves. Fairy tales can be dark with themes far beyond the Disney adaptations of some of these popular stories.

RELATED Romantic Moment of the Week: Cinderella and Prince Kit

In fairy tales, for instance, we find themes of sacrifice, romance, class structures, power, etc. And while the OED defines a fairy tale as “A tale about fairies” and uses brief words like “fairy legend, faerie,” they also define a fairy tale as “an unreal or incredible story.” Furthermore, not every ‘fairy tale’ contains fairies because some tales are actually just born from folklore and oral tradition, stories told from one generation to the next. In fact, Snow White is more folk tale than fairy (though technically it is both) with several variants of the tale told across several cultures (the Grimm brothers were certainly not the first). Sometimes, the dwarves are robbers or the moon can stand in for the mirror as told in the Armenian version, “Nourie Hadag.”

It’s truly the universal archetypes within these fairy and folk tales that resonate with audiences and stand the test of time, from the oral tellers in the past to now even the filmmakers of today. The film versions are merely just another retelling of what is considered a fairy tale.

Below is a list of some of my favorite fairy tale adaptations (some more folk than fairy). A few are also adapted from literary fairy tales while certain choices just have the ingredients of a good old-fashioned fairy tale as defined by the Oxford English Dictionary. Keep in mind that I haven’t seen everything out there (though I am attempting to do so) so if you think I’m missing something important or that I have made a grave error in my selections, let me know in the comments. Until then, here are my personal favorite top 20 fairy tale films: 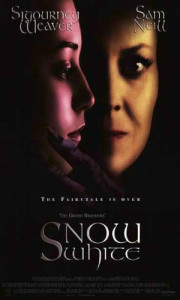 My Take: Dark, but strangely captivating in a good way. My favorite bit is the romance between Snow White and one of the ‘dwarves’ that is really just an unfriendly miner trying to make it rich. 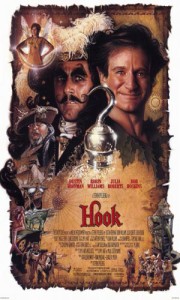 My Take: An adaptation of Barrie’s literary fairy tale that is highly original because it plays out like a sequel. My favorite version of this story is actually Finding Neverland but that ventures too close into biographical territory so Hook is the next best thing (though I also love the 2003 adaptation of Peter Pan). I adore Julia Roberts as Tinkerbell and the unrequited romance between her and Peter as well as the wonderfully villainous Hook played by Dustin Hoffman. Plus, who can forget Rufio? 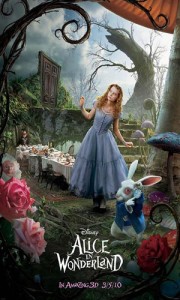 My Take: This Tim Burton telling is fun and entertaining. And extra points for including Johnny Depp! Also, the adult interpretation of Alice was exactly how I have always imagined her to turn out. This is truly imaginative and visually stunning. 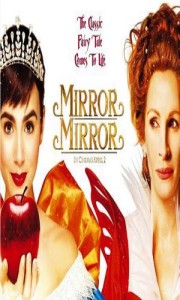 My Take: An imperfect film but nevertheless I love it and have watched it over and over again with my nieces. It is hilarious (I personally think Julia Roberts’ bad accent was purposeful) and the costumes are exquisite. 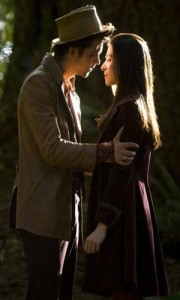 My Take: A psychedelic interpretation of the literary fairy tale that gets better each time I watch it. It also finally has the romantic relationship between Alice and Hatter that I had been waiting on for years. This is so creative and mind-bending that I could not take my eyes away. Photo: SyFy 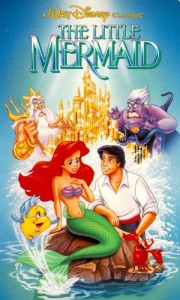 My Take: I don’t include many Disney animated fairy tale interpretations on this list just because I tend to love the original tales (to the degree some ‘can’ be original) so much more than these watered down versions (not to mention, I almost always prefer live action). However, this was a favorite of mine growing up, and, even though I like Anderson’s darker story better, I love that we get a happy ending for Ariel and her Prince. 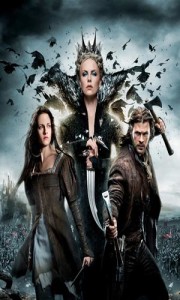 Title: Snow White and the Huntsman

My Take: I thought this was engaging and romantic. The kiss between Snow White and the Huntsman makes me super excited for the sequel. Moreover, the theme of age versus youth really played out wonderfully. Photo: Roth and Universal 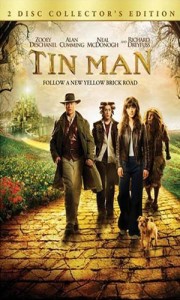 My Take: From the same creators of Alice, I loved this Sci-Fi type, modern interpretation of Oz. Turning the Tin Man into an Indiana Jones type rogue definitely works. I also love the references to the Judy Garland film. This is pure imagination at its best. 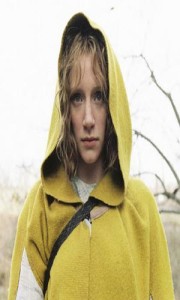 My Take: Arguably a loose adaptation of “Red Riding Hood.” I know a lot of people didn’t like this film because they were expecting something it wasn’t. Go back and watch this as a fairy tale. I personally love the subtle romance, deep themes of human nature, and aspects of Hawthorne that come together seamlessly to make a beautiful film. Photo: Touchstone 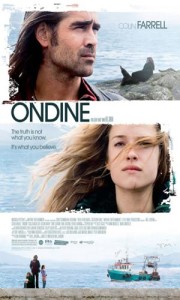 My Take: Inspired by folktales about the Selkies, I adored this quiet film set in Ireland that had me rooting for the two protagonists to come together by the story’s end. If you can handle slow paced films, I highly recommend giving this lesser known gem a chance. 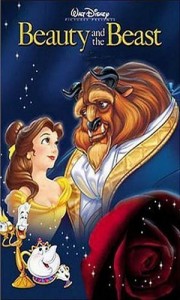 Title: Beauty and the Beast

My Take: My only other cartoon on the list. I chose this adaptation of my favorite fairy tale because it was fantastic. I loved the music, the romance, the characterization of the Beast, and the humor. And who doesn’t love Gaston? 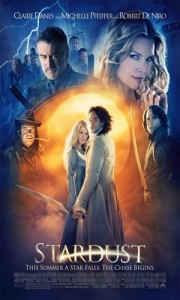 My Take: Based on Neil Gaiman’s literary fairy tale, it has all the right ingredients including evil witches and romance. This is one of my favorites to pop into my DVD player when I want a comfort movie. The romantic story gets bonus points. 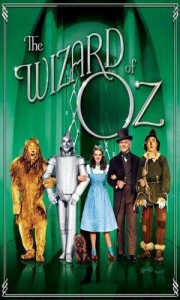 Title: The Wizard of Oz

My Take: This is another favorite film of mine growing up. I wanted to be Dorothy and I still want to be Dorothy entering into the fantastic world of Oz. I never could understand why she wanted to go home (at least this gets remedied in the literary sequels by Baum). A masterpiece that will hopefully be around forever. 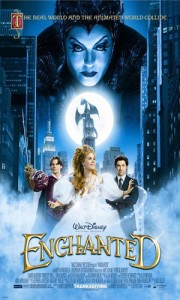 My Take: A fun film that pokes fun at Disney fairy tale adaptations. It is romantic, funny, and just solid entertainment. 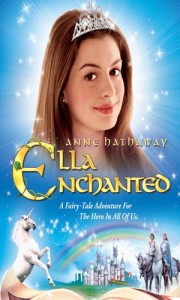 My Take: Witty, satirical, magical, and romantic. Hugh Dancy plays the prince (enough said) but also I adore the mix this story takes between The Wizard of Oz and “Cinderella.” Even though this is nothing like the book (which I enjoy for its own merits), I love this adaptation because it is clever and fun; thoroughly entertaining from beginning to end. 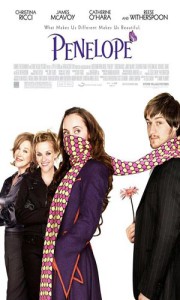 My Take: One of my favorite romances on this list with fantastic chemistry between Christina Ricci and James McAvoy. I love how this story plays out like an animal bridegroom folktale with just a touch of ‘Beauty and the Beast’ in it. A nice twist ending too that sends an important message about learning to love ourselves just the way we are (in a less cheesy way of course). 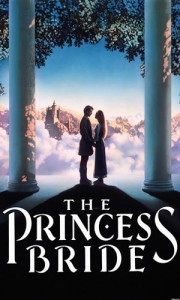 My Take: Passionate, hilarious, and a true classic. It is probably time to pop this into my DVD player again. 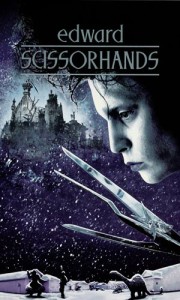 My Take: A perfect Tim Burton version of the Beauty and the Beast story. We have a gothic tale, intense chemistry between the leads, and gorgeous visuals that invite you into this realistic, yet fantasy esque world. I still think this is Burton’s best film to date and one of Depp’s best performances. 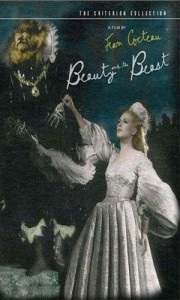 My Take: The French adaptation of Beaumont’s version of the fairy tale. Jean Cocteau, also an amazing artist, used groundbreaking special effects to tell a visual masterpiece of the timeless love story. I always leave this film believing in magic. 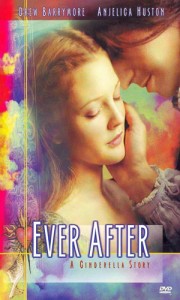 Title: Ever After: A Cinderella Story

My Take: I am not sure why I chose this as my favorite other than I just love everything about it (in spite of the weird accents). The script took the familiar tale and told the story as if it were real (Leonardo Da Vinci as the fairy godmother and all). The interpretation of the wicked stepmother finally made her a layered character and Angelica Huston’s performance is pure genius. I love well-written costume dramas and this one definitely delivered.

Do you agree with my choices? Have favorites of your own to list? Sound off below…

Our romance-themed entertainment site is on a mission to help you find the best period dramas, romance movies, TV shows, and books. Other topics include Jane Austen, Classic Hollywood, TV Couples, Fairy Tales, Romantic Living, Romanticism, and more. We’re damsels not in distress fighting for the all-new optimistic Romantic Revolution. Join us and subscribe. For more information, see our About, Old-Fashioned Romance 101, Modern Romanticism 101, and Romantic Living 101.
Pin this article to read later! And make sure to follow us on Pinterest.
By Autumn Topping on August 21st, 2013