Television shows based on fairy tales are all the rage today. Once Upon a Time is just one of the new fan favorites. These timeless stories make for perfect television drama and adventure. But there are a number of other fairy tale shows out there in the ether that are worthy of viewers’ attention. These centuries old tales have proven that they are just as relevant today as they were in the past. So, today I thought I would share with you my ten favorite television shows based on fairy tales.

Once Upon a Time 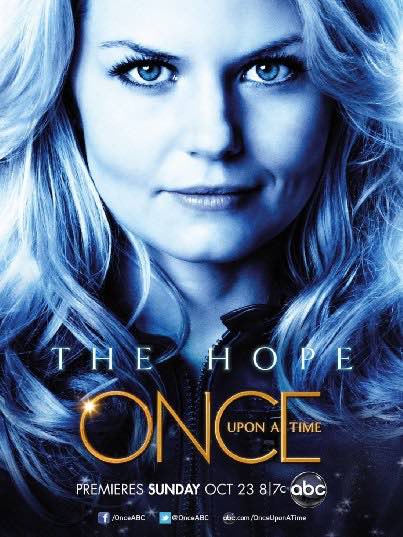 Most of you are probably familiar with this modern show chronicling the adventures of Emma Swan and the fairy tale residents of Storybrooke. So far they’ve had to defeat Regina, the Evil Queen from Snow White. The gang has crossed swords with Peter Pan. And that’s just the beginning. 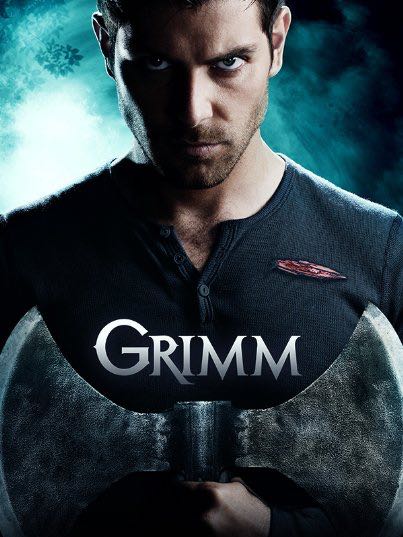 Grimm follows the adventures of homicide detective Nick Burkhardt (David Giuntoli) as he copes with the discovery that he comes from a long line of Grimms, warriors that hunt down Wessen (the monsters we are all familiar with from traditional fairy tales. Along the way he gets caught up in Wessen politics as well as the difficulties of being a Grimm who befriends Wessen. 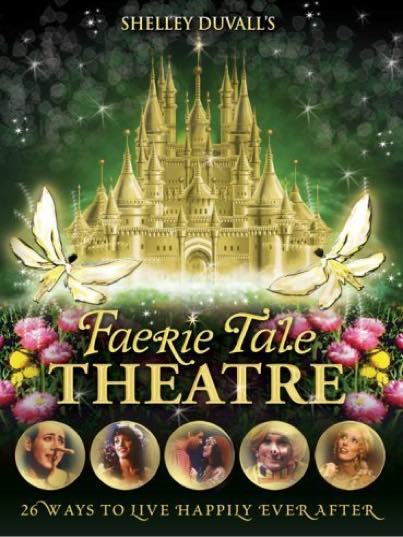 This Showtime program filmed short adaptations of popular fairy tales in the mid-80s, making quite a name for itself. The show boasted such big stars and directors as Robin Williams, Paul Reubens, Tim Burton, and Francis Ford Coppola, among others. 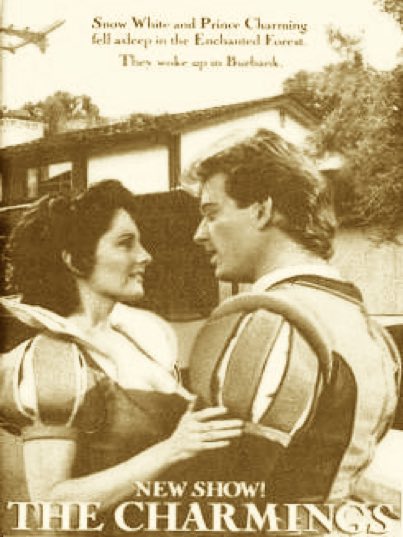 Once Upon a Time isn’t the only show to set the characters of Snow White in a modern setting. This 1987 ABC sitcom about Snow White and Prince Charming ditched the classic story and instead had the plot revolve around the pair waking up in suburban Burbank, California after having been asleep for a thousand years. 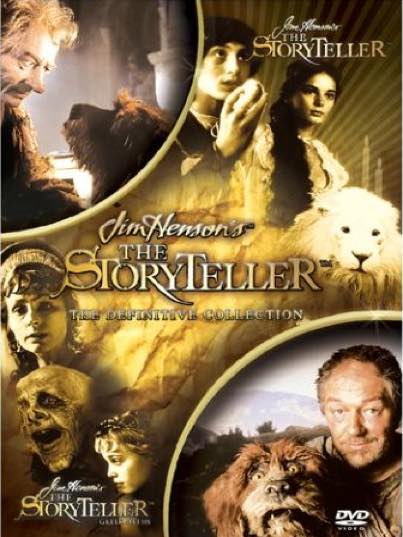 This HBO show produced adaptations of traditional fairy tales featuring puppets as well as live actors. John Hurt actually played the role of the story teller in these short skits. 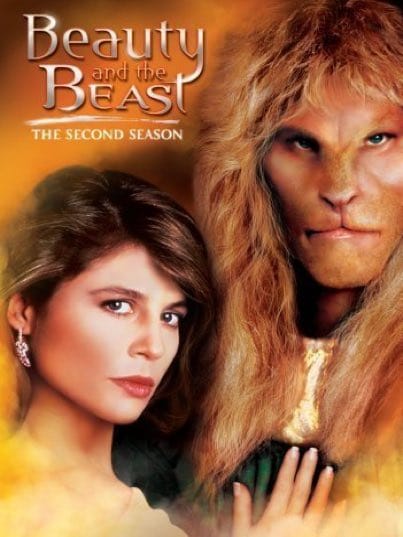 This modern take on the classic tale focuses on the love between a beautiful DA (Linda Hamilton) and a sewer-dwelling beast (Ron Perlman). The show lasted three seasons in the late 80’s, and gained an impassioned cult following. 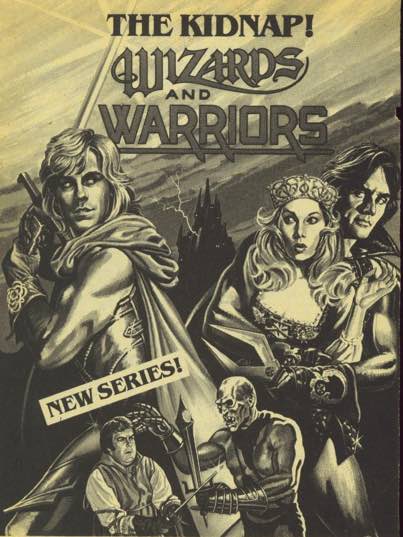 While this 1983 CBS fantasy-comedy only lasted eight episodes, it’s worth a look. The show featured tales of knights and wizards, and had a memorable cast including such stars as Jeff Conaway and Julia Duffy.

Beauty and the Beast (CW) 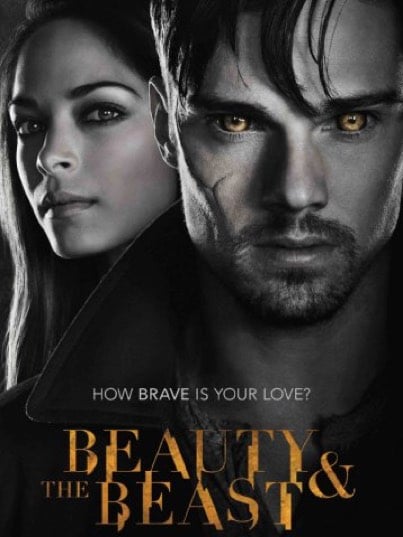 The CW’s new modern adaptation of this classic tale is actually a reboot of the 1980’s show. The CW’s version follows the budding romance between Detective Catherine Chandler (Kristin Kreuk) and handsome doctor Vincent Keller (Jay Ryan), who becomes a terrifying beast when he is enraged. His condition stems from experiments performed on him while he was in the military that attempted to create some kind of super soldier. 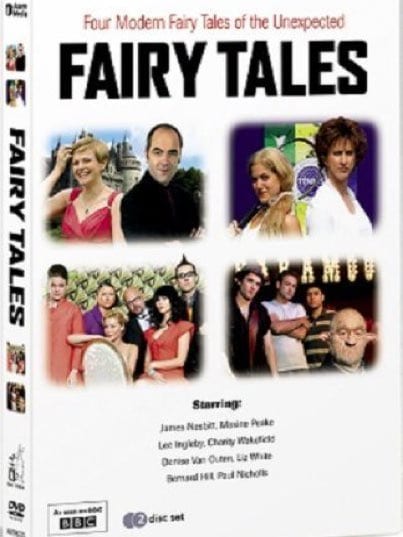 Fairy Tales is a television drama anthology done in the same style as ShakespeaRe-Told. Airing on BBC One in 2008, the show features four traditional fairy tales adapted into modern settings. The tales include Rapunzel, Cinderella, The Emperor’s New Clothes, and The Billy Goat’s Gruff. 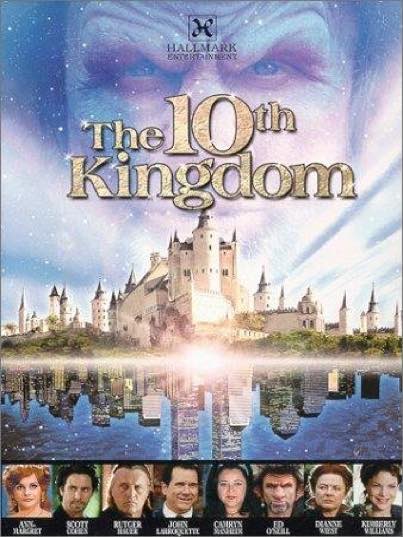 The 10th Kingdom follows modern girl Virginia (Kimberly Williams) and her father (John Larroquette) as they journey into the parallel universe of the 10 Kingdoms. This is a world where all the fairy tales actually happened and the heroes each rule a different kingdom. With an all-star cast including such names as Rutger Hauer, Ann Margaret, and Camryn Manheim, this is a series you don’t want to miss. This Hallmark miniseries was one of my favorites growing up, and I would highly recommend it to any fairy tale lover.

Are there any other tv shows based on fairy tales that you know of? What do you think of these shows? What is your favorite fairy tales show? Sound off below…

If you love fairy tales on the big screen don’t miss the Top 20 Fairy Tale Films.

Make sure to check out the Top 10 Women Whose Lives Came To Resemble Fairy Tales.

Ever wondered if any famous people love fairy tales? Take a look at the Top 20 Famous Fans of Fairy Tales.

Our romance-themed entertainment site is on a mission to help you find the best period dramas, romance movies, TV shows, and books. Other topics include Jane Austen, Classic Hollywood, TV Couples, Fairy Tales, Romantic Living, Romanticism, and more. We’re damsels not in distress fighting for the all-new optimistic Romantic Revolution. Join us and subscribe. For more information, see our About, Old-Fashioned Romance 101, Modern Romanticism 101, and Romantic Living 101.
Pin this article to read later! And make sure to follow us on Pinterest.
By Rebecca Lane on December 10th, 2014