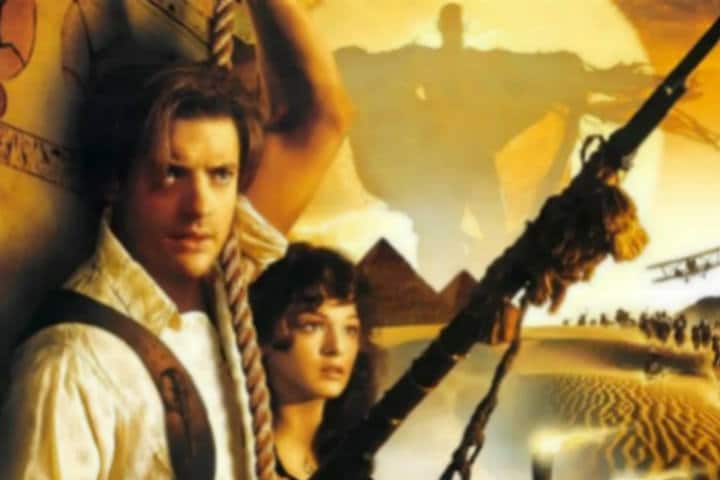 Stories about Ancient Egypt and frightening curses have always fascinated people. In 1999, Stephen Sommers wrote and directed a popular film called The Mummy. Loosely based on the 1932 horror classic of the same name, starring Boris Karloff as the mummy, Sommers’ blockbuster film transformed more into a romantic adventure.

The Mummy is set in Egypt and tells the tale of Imhotep, a high priest who fell in love with Pharaoh’s mistress Anck Su Namun. She also falls in love with him. When Pharaoh learns about their love, they murder him, and she kills herself. When Imhotep tries to resurrect his true love, Pharaoh’s guards find him and curse him and his priests. If he ever wakes up, he will be a powerful, immortal, undead monster.

This seems like a bad plan to me, but the bodyguards and their descendants, the Medjai, watch over the city of Hamunaptra, the city of the dead. Their job is to prevent people from finding Imhotep and waking him up.

Fast forward to 1923, and an American man named Rick O’Connell finds himself in Hamunaptra with a French military group. He barely survives, and the Medjai let him go, figuring he’ll die in the desert. Three years later, in Cairo, Rick meets Jonathan Carnahan, a lovable treasure hunter/archaeologist, and Evelyn (Evie) Carnahan, a librarian. They want to find Hamunaptra, Jonathan for the treasure and Evie for the chance to discover the gold-covered Book of Amun-Ra. The Book of Amun-Ra is said to be buried at Hamunaptra. 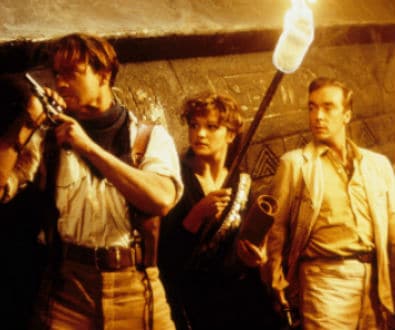 After Evie saves Rick’s life, he agrees to take them to the city, although he thinks that there is evil there. There is an American group on the hunt as well, led by someone O’Connell fought with at Hamunaptra. The two groups find their way to the city and compete for the sites. However, when Evie and her crew find a suspicious looking mummy, the American team finds the Book of the Dead.

When Evie reads from the Book, Imhotep rises and begins to carry out his curse on Egypt. From the plagues to Imhotep’s determination to bring back Anck Su Namun using Evie, there is a lot happening. The horror/action of the film picks up in the second act. Soon, one of the Medjai joins Rick, Jonathan, and Evie. Will they be able to defeat Imhotep, save the world, and save themselves?

There is also a lot of humor; some of the lines are hilarious. Jonathan, in particular, has 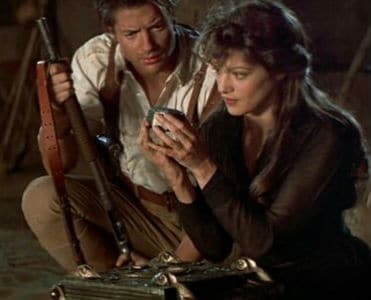 some great lines. John Hannah carries this character and his strange sense of humor well. O’Connell has a drier sense of humor, delivered wonderfully by Brendan Fraser. If Jonathan is a funny, lovable scamp, O’Connell is a fighter who is more comfortable using a weapon than his words. Evie is the last member of the trio. She is an enthusiastic and determined scholar and librarian. She also does not believe in curses. The other two follow her lead during the dig and while learning how to fight Imhotep. She is played beautifully by Rachel Weisz. 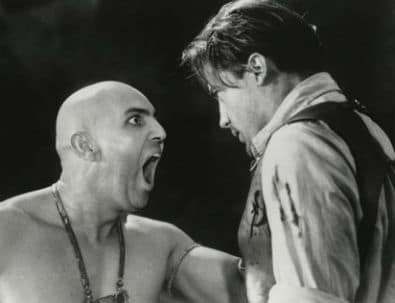 Imhotep is played with the perfect level of determined creepiness by Arnold Vosloo. I was reading about the special effects that they used. While they might not be Smeagol in The Two Towers, for the time they look pretty good. It’s a combination of practical effects like makeup and computer graphics. The mummy looks scary without being too gory. It’s a good blend.

There are two love stories in The Mummy. First, Imhotep and Anck Su Namun were very much in love. They were willing to die for each other, though they were both kind of terrible people. Murdering the Pharaoh is never a good idea. Despite that, their love is the thing that starts the story and carries it forward. Finding her is the thing that motivates Imhotep, and even though he’s a vicious mummy, it’s kind of sweet. 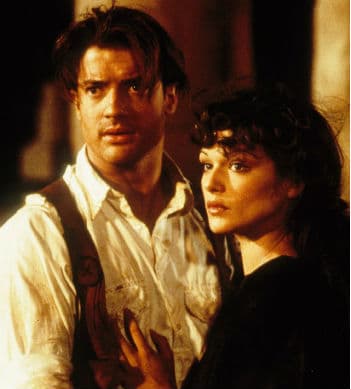 The second romance is the one between Evie and Rick. From the moment they met, she disliked him. As they spent time together, however, there were sparks. By the end of the film, they’re in love. The two of them were also willing to fight to save each other. For instance, Evie goes with Imhotep because she’s sure that Rick will come and save her. Rick finds Evie a toolkit. He also goes to save her. In the end, they save each other. Their romance is truly believable and sweet with a touch of good old-fashioned romance.

Overall, The Mummy is a solid action/adventure film, with some elements of fantasy and horror. I feel like there are more elements of horror, because of the source material. However, Sommers was going more for the same feel as the Indiana Jones films which works rather well. The production also makes good use of shadows and fading to black to hide deaths to create believable tension.

RELATED | Movie Review: King Arthur: Legend of the Sword – A New Look at a Legend

Meanwhile, the music in The Mummy is excellent, as are the settings. A lot of work clearly went into 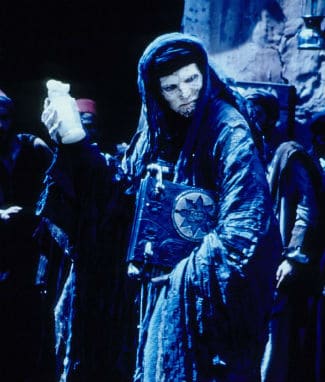 setting the stage and making the film authentic. It feels like a film set in Egypt during the 1920s, and that is wonderful. Evie’s facts about mummification are correct as well, which I think makes it more fun. The special effects also look pretty good, especially the other mummies. I read that the special effects in the movie cost $15 million. I think that The Mummy still looks good today because there was a mix of practical and special effects.

The Mummy should not be taken too seriously. It’s a little campy and cheesy at times, and that’s okay. Some of the best movies are like that. If you like action, adventure, romance, and humor with a dash of horror, you’ll probably enjoy The Mummy.

Have you seen The Mummy? What are your thoughts on this film?

Our romance-themed entertainment site is on a mission to help you find the best period dramas, romance movies, TV shows, and books. Other topics include Jane Austen, Classic Hollywood, TV Couples, Fairy Tales, Romantic Living, Romanticism, and more. We’re damsels not in distress fighting for the all-new optimistic Romantic Revolution. Join us and subscribe. For more information, see our About, Old-Fashioned Romance 101, Modern Romanticism 101, and Romantic Living 101.
Pin this article to read later! And make sure to follow us on Pinterest.
By Bailey Cavender on August 22nd, 2017