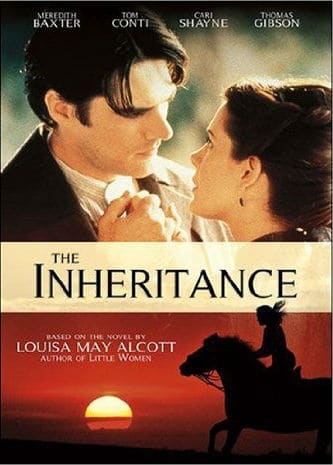 If ever obscurity applied to a costume drama, it would fit The Inheritance like a glove. Its debut in my life came following a Sunday night’s television perusal, and for several years after, it wasn’t anywhere to be found on a home video format (that was back in the days when VHS tapes were the norm). Once it finally appeared on DVD (still under a cloud of anonymity, mind you), I snatched a copy and have enjoyed multiple viewings since then. Until this past month, I’d not watched this in what felt like years. Soon, as the familiar music began, I was immersed in a world of elegance and nostalgia, a feeling all too many films have lost. 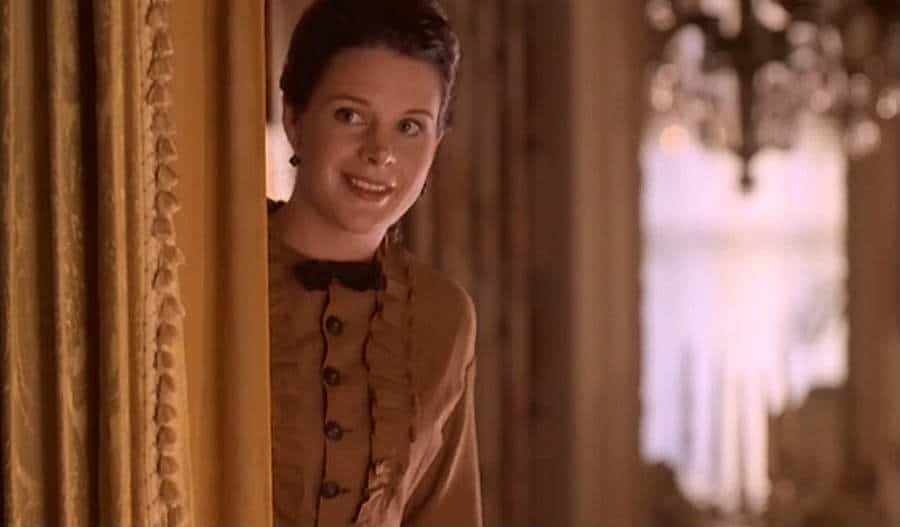 The story follows Edith Adelon (Cari Shayne). As a child, she was orphaned but while in Italy, seeing to family business, the wealthy Henry Hamilton (Tom Conti) brought her home (to America) with him where he has since raised her as his own. Companion to the Hamilton’s young daughter, Amy (Brigitta Dau), Edith has had the same education as her charge. The one privilege she isn’t allowed is an entrance into society. That’s all about to change when Mrs. Hamilton (Meredith Baxter) asks Edith to help the family with the arrival of her cousin, Ida (Brigid Brannagh).

According to Mrs. Hamilton, it is past the time for Ida to make a proper match. This is why she wants her to consider their guest, James Percy (Thomas Gibson), a man who may not be up to Ida’s particular standards. Enlisting Edith’s help to make Ida feel welcome, Edith’s love for the Hamiltons puts her in a position she didn’t wish to be in. When James arrives, complications present themselves, some of which are tied to life-altering secrets that have been hidden away for many years. 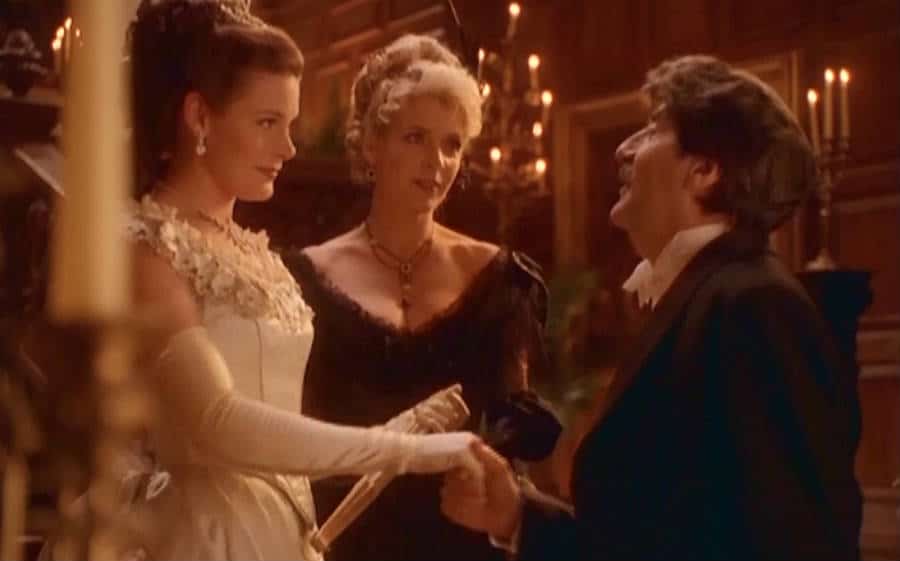 Though this production shows its age (it was made in 1997), as I settled in to watch it again in recent days, this time through was almost as if I was enjoying it with fresh eyes. All these years later, I’m certainly not immune to the enchanting and vivid painting it brings alive with unique brushstrokes. Perhaps the story isn’t anything revolutionary, but the cast and wholesome nature of the old-fashioned (and I am using this term as a positive rather than the negative connotation the dictionary would have you think of it) romance will be something every romantic should experience at least once.

It’s particularly fun to see Thomas Gibson in this role, especially if you watch him in the current police drama he stars in (Criminal Minds), considering the vastly different role he plays. In this world, you’ll see him step into a Knightley or Mr. Thornton type role (yes, I’m going there and comparing), who is most definitely worth taking a second look at. His James Percy is as noble, kind and protective as the best romantic heroes you’re likely to meet, whether on page or screen.

Though her acting career has been less than prolific, Cari Shayne is uniquely elegant in the leading lady role and is surrounded by great talent with Conti and Baxter. Based on the novel by Louisa May Alcott (who’s more popular work is, of course, Little Women), the adaptive story takes a much different tone than that of the novel. Running only 150-some pages, the novel isn’t the greatest work of classic literature because of its limiting length and for me, was a bit too fanciful. Dated or not, I do believe the film helped to flesh out the material and gives a finer perspective on what this story is or might have been. The chemistry and connections don’t read as well in the novel as they play out in the script. Edith enjoys a more familial relationship (in the film) with the Hamilton family and this creates a much more endearing group, not to mention engages the viewer far more.

It’s true that, as a television film, this doesn’t reach the potential it might have had had it been produced by the BBC or PBS (it aired on CBS originally), but this shouldn’t deter anyone from looking into seeing this. It’s still one of the most romantic period films I’ve seen and features some of the most romantic albeit underrated romantic gestures. Though it’s misfortune is to be lost in obscurity, the abiding messages of loving with your whole heart and looking beyond skin deep beauty are breathtaking. You can think of this film, in the same way, you might Little Women. Once you’ve seen it, you’re certain to feel a sense of nostalgia anytime you think of it. If you’re anything like me, one viewing won’t satisfy. Repeat showings will become the norm. The charm, elegance and sense of beauty brings about a sense of the story being wise beyond its years.

You can see The Inheritance on DVD (available through Amazon and other on-line retailers for a very inexpensive price).

Have you seen The Inheritance? What’s your opinion of it or the book? Sound off with any thoughts you wish to share down below…

Our romance-themed entertainment site is on a mission to help you find the best period dramas, romance movies, TV shows, and books. Other topics include Jane Austen, Classic Hollywood, TV Couples, Fairy Tales, Romantic Living, Romanticism, and more. We’re damsels not in distress fighting for the all-new optimistic Romantic Revolution. Join us and subscribe. For more information, see our About, Old-Fashioned Romance 101, Modern Romanticism 101, and Romantic Living 101.
Pin this article to read later! And make sure to follow us on Pinterest.
By Rissi JC on September 24th, 2015