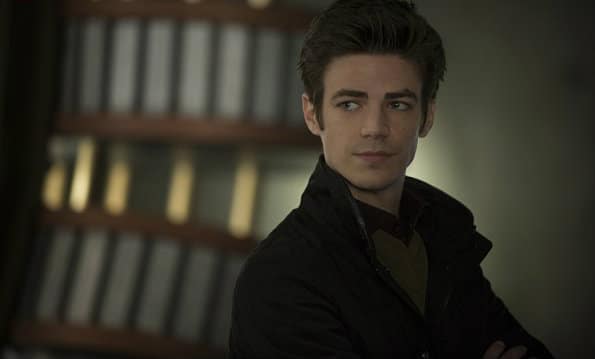 With each passing week, the creators and the writers consistently up the ante when it comes to guessing what The Flash’s endgame is. Last night’s episode was much praised if the social media hype was any indication and I can understand why. The writers are keeping us on our toes by playing with time travel (and wondering how that will ultimately play out) and the repercussions for its heroes. The danger is upped for Barry and Co., leading to what is bound to be an epic battle in the final episodes of the season.

RELATED: The Flash: Who is Harrison Wells? Recap – Revelations and Confessions 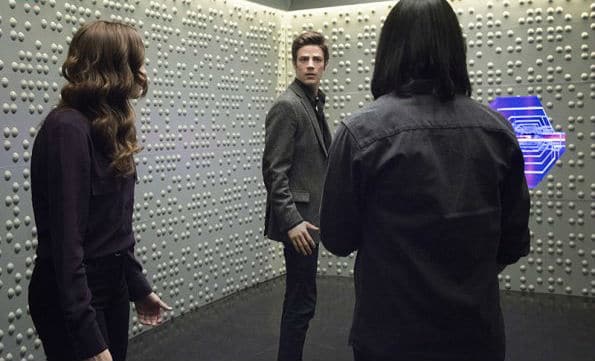 “The Trap” picks up immediately where last week left off with Barry, Cisco and Caitlin reading the newspaper article that boasts of The Flash’s death. It tells a story of the “Scarlet Speedster’s” disappearance after an epic battle with Reverse Flash. Cisco also begins to put the pieces together and deduces Wells, or whoever he is, is actually from the future. But that’s not the most “trippy” discovery. Caitlin notices the name on the byline of the article: Iris West-Allen. This is when Gideon springs to life. She’s an AI creation who reveals some of Barry’s future accomplishments (Chief of Police being one of them). Gideon accepts any command from Barry because Future Barry created her…

Elsewhere at the gang’s coffee hang-out, Eddie asks for Joe’s blessing to propose marriage to Iris, which he denies.

(See? There are lots of revelations in the first two minutes alone!) 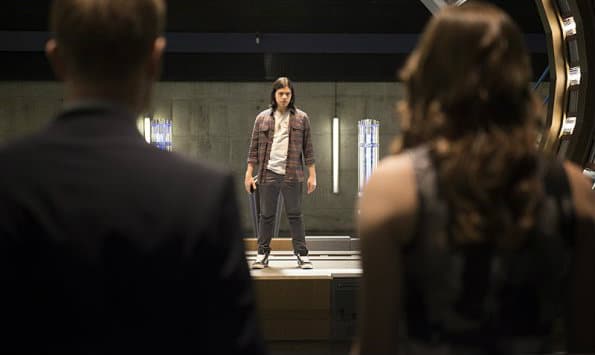 Finally the team gets down to business planning their trap. But first, Barry has a confession to make. With everyone together, Barry confesses the time travel jaunt he took some week’s back. They realize that because of this, Cisco’s dreams might not be dreams. The plan is clear: they have to access Cisco’s memory. 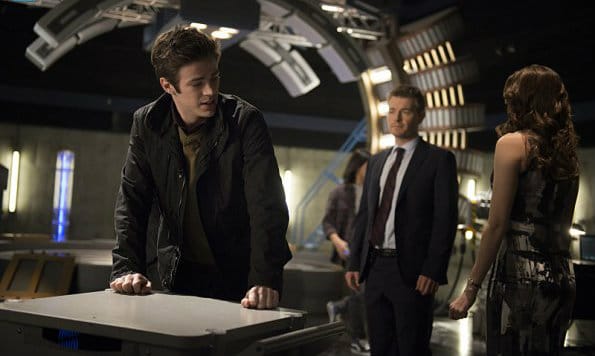 They bring Cisco back to Barry’s police lab to conduct the dream sequencing with the invention they created. Cisco lives in his dream again and relives it. Cisco discovers the containment space that held the Reverse Flash was actually a hologram. Armed with this knowledge, Barry and Joe strategize how best to trap Wells.

It’s during this time, at the request of Eddie, Barry asks Joe why he won’t give Eddie his blessing. Joe believes if Iris were to marry Eddie, she’ll wake up and realize she married the wrong man. You see, Joe still thinks Iris has feelings for Barry, she just doesn’t know it yet. 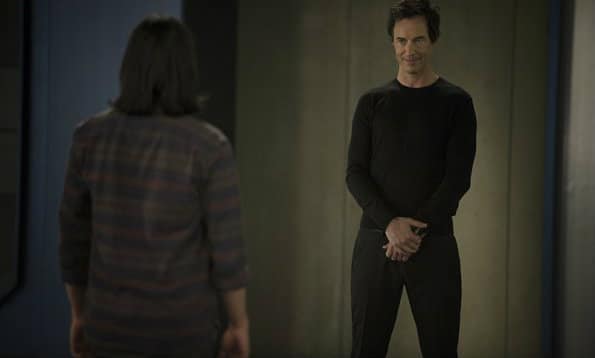 Wells returns to the Lab after his lecture where Caitlin directs him to the bunker. She tells him Cisco discovered what went wrong the night the Reverse Flash was in the building. Just as he does in Cisco’s dream, Wells confronts Cisco. With Caitlin monitoring the security footage and Joe and Barry keeping watch on Cisco, he begins asking him about Nora Allen’s murder. Wells doesn’t confess fully which means Joe cannot arrest him, but with Cisco threatened (and his safety net contraption useless against Wells), Joe has no choice: he fires his weapon. Barry attempts to stop the bullets but isn’t fast enough. One stray bullet hits Wells squarely in the chest – all without his confession. Seconds later, Wells body changes and reveals him to be Hannibal Bates. Wells is actually a safe distance away, and talks to the gang from his phone. In the time room, Barry races in to stop Wells but it’s too late, he’s gone. What he left behind is more chilling. There is video footage on each and every one of them, so he’s been spying on them for months. One step ahead, he baited a trap for them.

Iris is the next target on Reverse Flash’s list…

Making an important discovery is Iris. She puts her investigative skills to good use by gathering information on everything that has happened (the Meta-humans) post particle accelerator. Nothing happened that predates the particle accelerator explosion. She finally snags a few moments with Barry to pitch him her theory. Naturally Barry tries to brush it off as nothing.

Barry races out of the Labs to save Iris. But at that very moment, on the boardwalk, Eddie is going ahead (without Joe’s blessing) and preparing to propose. Barry arrives in time to save Iris, but not before the Reverse Flash snatches Eddie. The Flash promises Iris he’ll bring Eddie back. As he leaves to chase Reverse Flash, Iris is left standing alone with one important discovery. She whispers, “Barry?” It seems Iris has finally learned Barry’s secret due to the electricity in his fingers (which she felt previously when he was in the coma).

Reverse Flash takes Eddie back to his lair where Eddie learns the two are related. According to Wells, Eddie is his insurance. 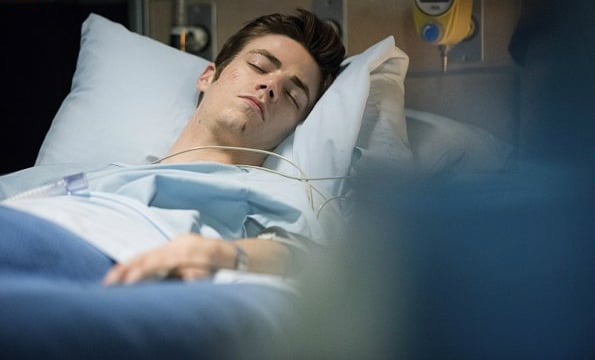 This episode had three people remembering back to the aftermath of Barry’s near-death experience. Joe remembers Barry lying in the hospital bed, coding and doctors unable to help him. This is when Wells approaches him and going against everything his instinct tells him, Joe agrees to let Wells care for Barry.

Then it’s Iris who remembers when Barry was still in a comma. She encourages him to wake up because she needs him. Finally, Wells remembers. In this flashback, we learn Reverse Flash has been watching Barry. He’s watched him grow up and instead of ending him, he has to create him. But he does have a promise. He will end The Flash.

Leading up to the season finale, Eddie is in danger from Eobard or so it would seem, but I’m curious as to their connection. Obviously they are related, it’s just a question of how?

This episode revealed The Flash’s identity to Iris. What kind of repercussions do you think this will have? If superheroes leading ladies reactions from the past are an indicator, she’s likely not going to be happy.

I have to confess I detest liking Eobard even a little bit which is why I was irked at the scene between he and Barry when he actually inspires Barry to do good. Ugh.

Finally, what – if any, purpose do you think the rescue-of-the-week (the fire) has on the story?

Join me again next week when I recap “Grodd Lives.”

Our romance-themed entertainment site is on a mission to help you find the best period dramas, romance movies, TV shows, and books. Other topics include Jane Austen, Classic Hollywood, TV Couples, Fairy Tales, Romantic Living, Romanticism, and more. We’re damsels not in distress fighting for the all-new optimistic Romantic Revolution. Join us and subscribe. For more information, see our About, Old-Fashioned Romance 101, Modern Romanticism 101, and Romantic Living 101.
Pin this article to read later! And make sure to follow us on Pinterest.
By Rissi JC on April 29th, 2015

2 thoughts on “The Flash Recap: The Trap – The Flash Outsmarted in Reverse”