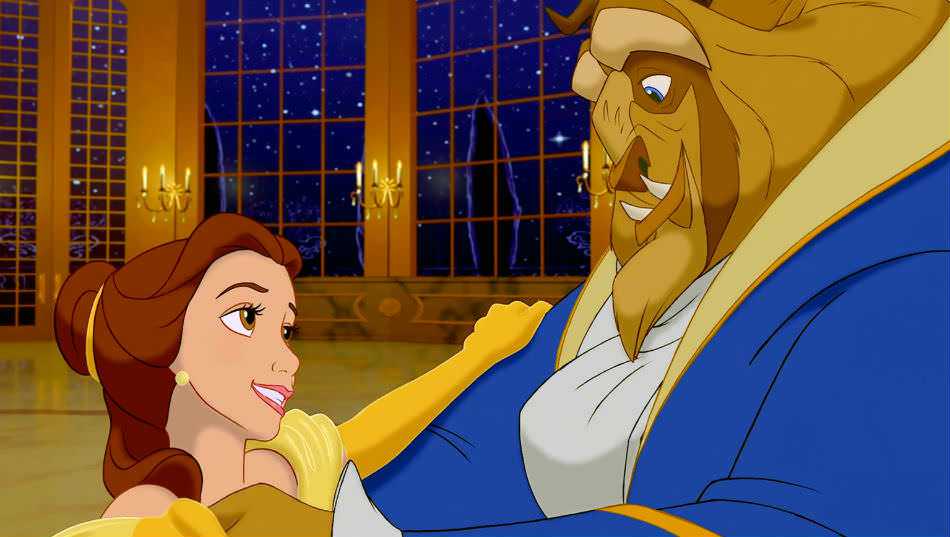 There are those who say Disney gives us unrealistic expectations of love. In some instances, I would agree. However, in other ways, Disney and their love stories teach us so many other things about love. One such love story that I personally adore is Beauty and the Beast. I would like to share with you why they are my favorite animated couple, beginning with Belle.

The reputation of Disney princesses are women who are demure, passive and bubble headed. Perhaps that was true with some of the earlier films but they were really just a product of their time. When the Disney Renaissance hit, around 1989, Disney princesses became much more proactive and headstrong when compared to the princesses that came before them. Going just from outward appearance alone, Belle looks and sounds like the princesses of old; however, Belle breaks the stereotype. In my eyes, Belle is one of Disney’s strongest, smartest and most independent female characters. She is not fooled by appearances. She sees right through Gaston’s good looks and popularity to reveal a rude, conceited and ignorant man. Belle is also courageous, willing to sacrifice herself in order to save her sick father.

All of the women in Belle’s town seemed to have been indoctrinated into the traditional female roles of submitting to a man and raising his kids. Belle dreams of something more; she yearns for “adventure in the great wide somewhere.” She doesn’t just want to be someone’s wife and doesn’t have any interest in the things that this society is telling her she should want. Near the beginning of the film, Belle describes her favorite story as when the heroine meets Prince Charming. To me, this illustrates that Belle is a character who wants to find love when she is ready and on her own terms, not the terms that this society has planned out for her. The masses are telling Belle that she should want Gaston, but she refuses to let that pressure her into being someone that she is not, even if that means having no friends and being seen as odd.

Oftentimes in fiction, women tend to get written as females rather than people and as a result all their issues are about being female. Before she is a woman, Belle is a person first. Her internal struggles are those that any person of any sex and gender can relate to. She is able to keep her femininity while still being established as a strong and independent character. These are the qualities that I admire in Belle and why she is my favorite Disney Princess. She taught me to embrace my own oddities, to look past the surface of things and to not let my own society pressure me into becoming someone that I am not. I am so happy the writers of the film created an interpretation of Belle that can be looked up to by future generations of girls and boys for years to come.

Our first encounter with the Beast illustrates that he is just that…a beast. He really frightened me when I saw him for the first time. After Belle takes her father’s place as a prisoner, Beast throws Belle’s father into the carriage to send him back to the town. It is this scene when we first get a glimpse of his humanity and a good heart underneath all the anger and menacing aura. After Belle told him that he did not let her say goodbye to her father, his expression was one of guilt. When I saw this film for the first time, this reaction was when I began to see there was more to this character than what his behavior and appearance suggests. After Belle discovers the rose in Beast’s room and he throws his tantrum, he comprehends the consequences of his eruption but it is just too late for him to set things right. He then he makes an attempt to make up for it by rescuing Belle. Belle attends to Beast’s wounds back at the castle. We begin to see the full picture of what is really going on with the Beast through his expressions and the following conversation with Belle:

Belle: If you’d hold still, it wouldn’t hurt as much!

Beast: If you hadn’t have run away, this wouldn’t have happened.

Belle: If you hadn’t frightened me, I wouldn’t have run away!

Beast: (Pause) Well you shouldn’t have been in the west wing!

Belle: Well, you should learn to control your temper.

Belle takes the Beast by surprise every time she interacts with him in his world. As soon as Belle takes Beast out of his comfort zone of people backing down to his temper, he starts catching himself in behavior that he may not have noticed otherwise. The true nature of the Beast, that of kindness and gentility, is brought out by the kindness and gentility of Belle and by her refusal to let his behavior slide as his servants have done all his life. For the first time in his life, he is interacting with someone who will actually stand up to him and who shows him kindness, but also firmness. Once he has been made aware of his own behavior, the Beast knows deep down that such behavior is wrong. He just never had the opportunity to be made aware of it.

I have often entertained the notion that the Enchantress’ curse may have been the only way that Beast was ever going to find his true self. This would also explain why the servants are cursed as well. They are the ones who have always pacified the Beast before he was cursed and inadvertently reinforced his bad behavior. Without the curse, the Beast may well have remained a jerk his whole life, never letting anyone get close to him. Only by being forced to do so is he now starting to see the error of his ways and become a better person.

Beauty and the Beast 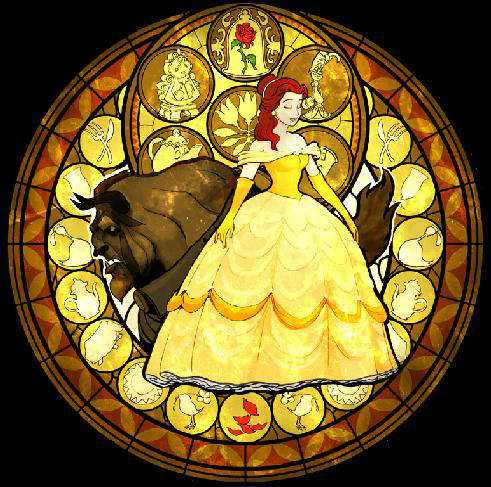 Belle and Beast have one important thing in common: they have both been shutting out the world in their own ways. Beast by secluding himself away in his castle and Belle by spending more time in books than in the real world. Belle had been shutting out the world in waiting for something better. She had been dreaming about “far off places, daring sword fights, magic spells and a prince in disguise.” This is pretty much exactly what she got; she is living her fairy tale. However, in the beginning Belle reacts to it all with fear. She has been given everything she has always wanted but it was not what she expected. After all, living a dream is a very different thing than dreaming a dream. As she lives out the fairy tale, she leans toward the idea that a bit of normality is something worth having after all.

Beast had been shutting out the world in the assumption that things were never going to get better. However, renewed optimism sparks within him as he spends more and more time with Belle. Slowly, but surely, he begins to feel that this girl has brought something into his life that he had never really had before, love. Curse or no curse, he genuinely cares for Belle. Unlike the previous attempts to be nice, he is no longer trying to love her. He is just doing it. I really love the scene of Beast giving Belle his library because it is a gift that is tailored to her interests and desires. Belle’s life has been spent with the towns’ people ignoring and not understanding her dreams and the things that she loves. Beast not only pays attention to this but gives her the one thing in the world that can make them truly flourish.

The Beast loves and accepts Belle for who she is and Belle does the same in return. As time passes, we see Beast genuinely making an effort to reform his behavior but even when he cannot, such as promptly changing his eating habits, Belle responds by accepting him on his terms. This really is accepting the beauty within and for both characters this may be the first time in their lives that anyone ever truly tried to get to know them or accept them for who they are. It is that sincere acceptance that brings the two closer together.

At the end of the film when the curse is broken and Beast becomes Adam again, these two are finally together both with an honest love for one another and both on their own terms. This was not accomplished just to break a spell. The spell was simply the circumstances that allowed their natural love to bloom. In the end, what brought them their happily ever after was simply true love.

Of course my love for this couple and this film led me to discover the original fairytale, other literary versions as well as different film, literary and television retellings. For me, it was this version of the story that started it all and it will always hold a special place in my heart.

Who is your favorite Disney Princess? Agree about Belle? Sound off in the comments…

Our romance-themed entertainment site is on a mission to help you find the best period dramas, romance movies, TV shows, and books. Other topics include Jane Austen, Classic Hollywood, TV Couples, Fairy Tales, Romantic Living, Romanticism, and more. We’re damsels not in distress fighting for the all-new optimistic Romantic Revolution. Join us and subscribe. For more information, see our About, Old-Fashioned Romance 101, Modern Romanticism 101, and Romantic Living 101.
Pin this article to read later! And make sure to follow us on Pinterest.
By Moriah Burbank on December 18th, 2014