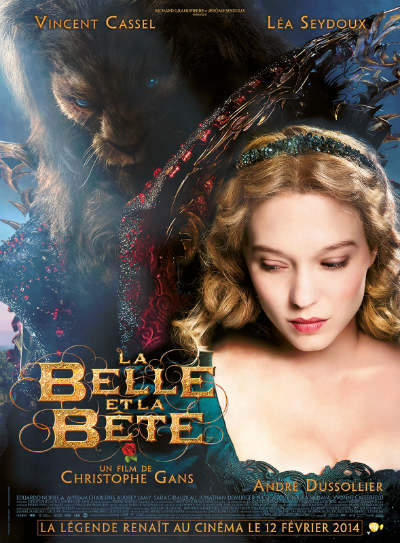 Our story, La Belle et La Bete, begins with two children settling down for bed. They eagerly wait for their mother to begin their nightly story. The focus then shifts to a woman’s mouth. This begs the question of why we are not given the privilege of seeing her entire face. With a small, perhaps even knowing smile, the woman begins her tale. Once upon a time, there was a wealthy merchant blessed with three lovely daughters and three noble and loyal sons. Their lives were perfect, filled with love, laughter, and every physical comfort one could possibly imagine.

This idyllic existence was not to last, however. One fateful day a life changing tragedy befell the family. The merchant’s three ships, filled to the brim with priceless goods, encountered a terrible storm on their journey home, and all three were lost, utterly destroyed and ultimately doomed to a watery grave. These three ships contained the merchant’s entire fortune. And so, he was left with nothing but his many debts. So begins the tale of La Belle et La Bete.

Following the family’s ruin, they are forced to move to the countryside and eke out a meager living on a small farm. While the rest of the children are less than pleased about this change of scenery, Belle, our pure-hearted heroine, is content with the simplicity found in their new home. One day, however, their father learns that one of his ships survived with its cargo intact. Exhilarated that the family has been saved from ruin, the father immediately travels to the nearest port to regain his family’s fortune. With him is a list of everything his daughters requested he bring back for them now that they will once again be respectable members of society. In a sad turn of fate, however, he learns that they are indeed not saved. The cargo is barely enough to pay off his remaining debts.

Dejected, he begins his journey home but becomes lost along the way. Amidst a blinding blizzard, he somehow finds himself in the magical domain of the Beast (Vincent Cassel – Black Swan). Here, he is gifted with everything his daughters asked for except Belle’s rose. Upon leaving the castle, he sees a beautiful rose and takes one to bring back to Belle. Mere seconds after plucking the rose, he is attacked by the Beast, who sentences him to death for his thievery. As most of you probably already know, Belle ends up taking his place and then the real fun begins.

RELATED | Classic Romantic Moment of the Week – Vincent and Catherine

Loosely based on the Gabrielle-Suzanne Barbot de Villeneuve version of this classic tale about the power of true love, director Christophe Gans’ (Brotherhood of the Wolf) new adaptation of La Belle et La Bete is one that embraces the magic and mystery of the fairy tale. It is clear from the first scene that the story takes place in a universe far different from ours. Gans makes no effort to intrude upon the fantastical atmosphere of the story by trying to include aspects of the real world in the universe he creates. From the minute the film begins, it is abundantly clear that we have left reality behind and entered a different realm. Even the scenes set in actual places have a quality to them that clearly places them within the realm of a fairy tale.

Christophe Beaucarne, the mastermind behind the film’s cinematography, deserves special recognition for his work in this film. Many of the fairy tale adaptations that have come out recently endeavor to make the audience feel as if whatever magical place the story is set in is still in some way connected to our own reality. It may be the landscape or the costumes, but there is always something present that the audience can relate to.

One of my favorite aspects about La Belle et La Bete was its complete disconnect from reality. Beaucarne transforms even the most familiar of settings into something from another world. His use of lighting and visual effects transforms the entire film into an enchanting dreamscape, embracing the kind of disconnect with reality one experiences when actually reading a fairy tale. Every aspect of the settings, from the color of the grass to the texture of a piece of lace, is enhanced and intensified. If nothing else, the film is worth seeing for the visuals alone.

Vincent Cassel plays a convincing Beast. He exudes a sense of self-loathing due to his form, as well as a deeper layer of pain and loneliness. His performance as the Beast was enjoyable, but I actually found myself more drawn to him in his role as the Prince before he became a Beast. The film contains an elaborate back-story explaining how the Beast came to be cursed. Through a number of Belle’s dream sequences, the audience learns that the Beast used to be a noble prince, beloved by his people. His one flaw is his obsession with hunting down a rare golden deer.

RELATED | Behind the Fairy Tale: Beauty and the Beast…The Best Adaptation Ever?

In these dream sequences, we also meet his former wife, played by German actress Yvonne Catterfeld. I’ll admit that I was probably more entranced by her character than any other. We know nothing about her except that she desperately wants Cassel to abandon his quest for the golden deer. He agrees to her request on the condition that she give him a son. However, the temptation of glory is too strong and Cassel eventually breaks his promise, hunting down and fatally wounding the deer. The deer then miraculously transforms into Cassel’s wife. We then discover that the Princess was actually a wood nymph, who was granted the gift of taking human form so she could experience human love. As punishment for killing her, Cassel is transformed into a Beast.

Ironically, the pairing of Cassel and Catterfeld is infinitely more memorable and interesting than the pairing between him and Belle. The very first time we see the Princess interact with Cassel, the chemistry is obvious. These dream sequences give us a glimpse of the Beast as a loving, noble man. I felt myself rooting for the two despite the fact that I knew there was no way their story would end happily. I fell in love with their relationship in a way that I was unable to do with the Beast’s relationship with Belle.

The Love Story Between Beauty and Her Beast 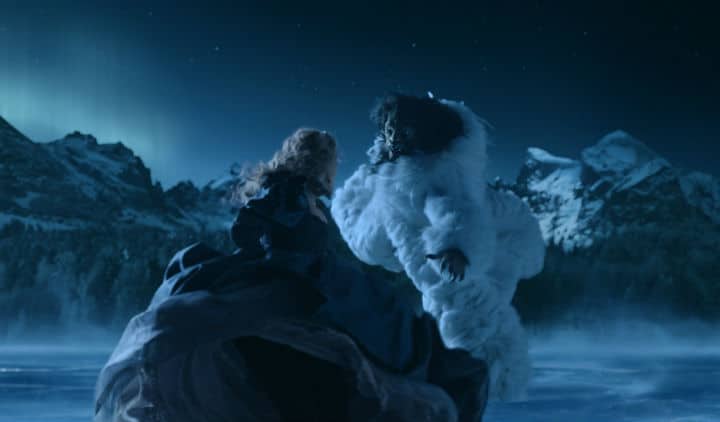 The one failure I would say the film had was in its treatment of the Beast and Belle’s relationship. From the very beginning, the chemistry is just not present. The two barely spend any screen time in each other’s presence, giving the central relationship in the story very little time to develop. When they do act opposite each other their interaction feels stilted and awkward.

RELATED | The Belle of the Beast – Defending Disney’s Beauty

That being said, one promising scene occurred when Belle tries to escape and the Beast manages to pin her down on a splintering lake of ice. There was a glimmering moment of chemistry, but the writers fail to build upon it. I would blame this mainly on poor writing. If the pair isn’t given the time to realistically develop believable feelings towards each other, how is the audience supposed to believe them when they suddenly declare their love for each other at the end of the movie? It’s just one failing in the film, but it’s a rather glaring one. Still, as a whole, the visuals and the story offer up a lovely and romantic version of the tale.

So, if you want to see a visually stunning movie that literally transports you to another world, and can look the other way when it comes to the romantic development between Belle and the Beast, then I would highly suggest giving this movie a chance.

What do you think about this interpretation of La Belle et La Bete? Sound off below…

Our romance-themed entertainment site is on a mission to help you find the best period dramas, romance movies, TV shows, and books. Other topics include Jane Austen, Classic Hollywood, TV Couples, Fairy Tales, Romantic Living, Romanticism, and more. We’re damsels not in distress fighting for the all-new optimistic Romantic Revolution. Join us and subscribe. For more information, see our About, Old-Fashioned Romance 101, Modern Romanticism 101, and Romantic Living 101.
Pin this article to read later! And make sure to follow us on Pinterest.
By Rebecca Lane on October 3rd, 2014