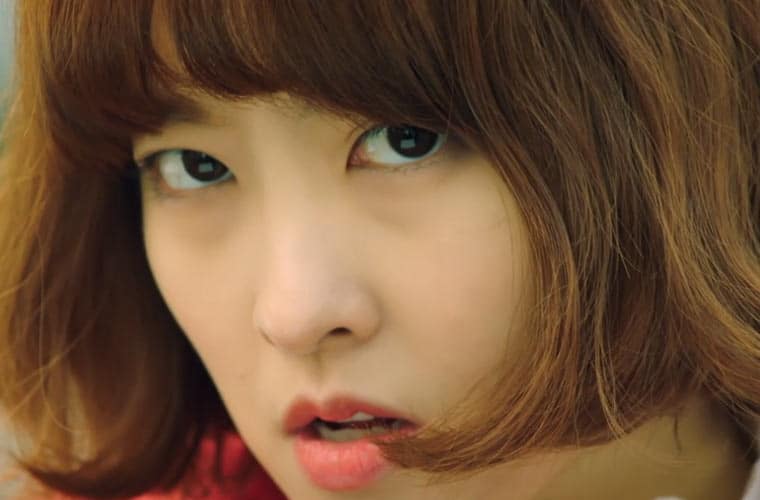 Get ready for a plucky, adorable new heroine that will steal your hearts! Strong Woman Do Bong Soon is an enthralling blend of the classic superhero story and the romantic K-drama! There are hilarious moments awaiting with our tiny, cute super-strong heroine. Meanwhile, a frightening villain emerges from the shadows. And Bong-Soon gets caught between two hot guys… what’s a girl to do?

Strong Woman Do Bong Soon introduces us to our titular heroine, Do Bong Soon. Though she’s short and as cute as a button, she has a secret power: incredible super-strength. Since the 16th century, Bong-Soon’s female ancestors have been gifted with super-strength, but there is a “curse”. If they use their power for selfish gain or evil, they lose their powers and become terribly sick. Yet even with this awesome super-power, Bong-Soon’s life isn’t perfect as she can’t seem to hold down a job.

The young CEO of Ainsoft, a computer game production company, Ahn Min-Hyuk, wakes up to another threatening call from a disguised voice. In the morning, he’s followed by a masked man at a park. He chases after the stalker but loses him. Min-Hyuk finally calls his secretary and asks him to find a bodyguard.

RELATED | 50 OF THE MOST UNABASHEDLY ROMANTIC TV SHOWS

Bong-Soon happens upon a bunch of gangsters beating up a school bus driver for trying to get past their roadblock. A gangster threatens her for trying to call the police, but when he damages her phone – Bong-Soon’s patience cracks. She takes on the whole gang, effortlessly fracturing and breaking bones of men twice her size. Unbeknownst to her, Min-Hyuk watches the whole scene in awe from afar.

We get a hilarious scene at the police station as Bong-Soon listens to allegations from the gangsters and school kids of her beating up the gangsters. Bong-Soon’s neighborhood friend (also her secret crush) police officer Gook-Du worries that Bong-Soon might get fined if any of this is proven real (though he doesn’t know of her powers), but Min-Hyuk shows up and saves her with his witness statement: the kids don’t know anything and how could a little girl like Bong-Soon possibly beat those gangsters up?

Gook-Du goes undercover as a woman to catch a politician for illegal activity but gets smacked down by superiors for messing with a bigwig. They transfer him to an obscure violent crime squad to keep him out of trouble. 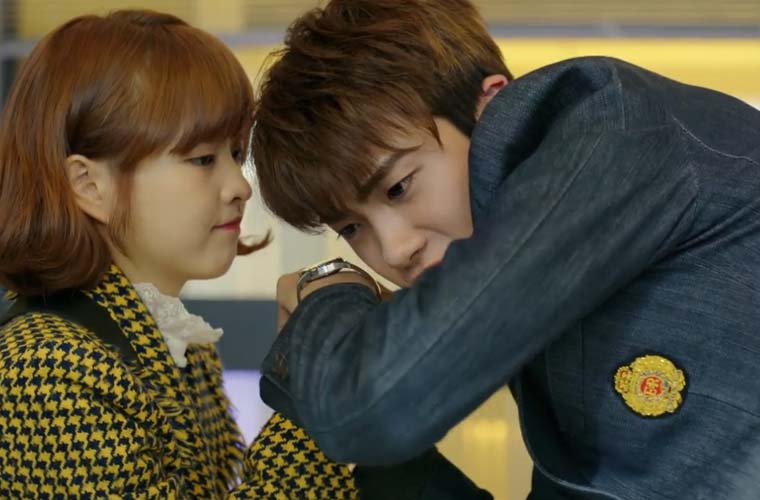 Min-Hyuk decides to get Bong-Soon to be his bodyguard. While interviewing her, Min-Hyuk gets her to arm-wrestle – and of course loses hilariously. He tells her she’s hired!

Bong-Soon heads home. That night a killer brutally attacks and murders a woman in her neighborhood. The next day, Bong-Soon follows Min-Hyuk around on her first day on the job. He tells her about the threatening calls and asks her to help him find the culprit.

RELATED | Goblin: The Lonely and Great God – This May Be The Best Show You’ll Watch All Year

Another girl is violently attacked and is now in the hospital. Bong-Soon visits the same hospital and meets with Gook-Du. He sees someone suspicious and leaves her to watch the patient for a moment. A doctor comes and takes the injured victim away. Only too late does Bong-Soon learn that it was the criminal. Gook-D pursues but misses him by seconds. He asks for a witness protection cop to watch Bong-Soon since she glimpsed the criminal’s face. The criminal takes the victim to an underground lair where he dresses her up in white and calls her his bride, terrifying her.

Min-Hyuk isn’t happy that a police officer is following around his bodyguard. At an Ainsoft conference, Bong-Soon sees someone suspicious but loses them. The police officer assigned to her gets stabbed while in the bathroom. Min-Hyuk persuades Bong-Soon to stay overnight with him, as he thinks his stalker is after him. Gook-Du drops everything when he learns that Bong-Soon’s police bodyguard was hurt. He shows up at Min-Hyuk’s house and both men grab Bong-Soon’s arms. Gook-Du says he’s taking her. Min-Hyuk says she’s staying.

I’ve been looking forward to Strong Woman Do Bong Soon  for a couple months now and the first two episodes were just as fun and entertaining as I hoped they’d be! And how could it not be with such a stellar cast? The three leads are all likable and each has their own individual charisma that promises a lot of fun ahead.

Though I’ve heard good things about Park Bo-Young (Bong-Soon), I hadn’t seen her in anything before. But after two episodes, I’m completely sold on her! In the matter of minutes, she convinced me of her utter adorableness as well as her sweet and spunky style. I seriously adore Bong-Soon’s character. She’s feisty and precious and relatable. Girls with super-powers, particularly super-strength, are so much fun. Pair that with someone who looks so physically unassuming and you’ve got comedy gold! I was grinning so much during the police station scene where the gangsters were yelling that she beat them up. Every time they got too loud, she’d just look at them and they’d practically fall in their chairs and shut up out of fear. Haha!

I’m a big fan of Park Hyung-Shik and Ji Soo as well and this drama looks like it’ll be another memorable drama in their careers. Hyung-Shik’s young CEO Min-Hyuk is funny and at times mildly eccentric, especially with the funny things he says. I like that he feels different than your typical rich and moody rich heir.

Meanwhile Ji Soo cracks me up as the overly righteous police officer who fights so hard for justice. It’s so funny when he talks to Bong-Soon on the phone; she’s all cute and sweet, while he’s hilariously direct and apathetic. I almost never say this, but this is going to be such a fun love triangle!

The only thing that threw me for a loop was the mystery surrounding the killer. Honestly, I steer clear of thrillers, horrors and even police procedural shows. So I wasn’t too happy to see several brutal attacks on women and the descriptions of how they were mercilessly assaulted. However, the scenes weren’t extremely long and overall the drama is so much happier and lighter, that it feels like the killer won’t be overshadowing the story too much. Here’s hoping that Bong-Soon makes the baddie for his evil crimes!

Our romance-themed entertainment site is on a mission to help you find the best period dramas, romance movies, TV shows, and books. Other topics include Jane Austen, Classic Hollywood, TV Couples, Fairy Tales, Romantic Living, Romanticism, and more. We’re damsels not in distress fighting for the all-new optimistic Romantic Revolution. Join us and subscribe. For more information, see our About, Old-Fashioned Romance 101, Modern Romanticism 101, and Romantic Living 101.
Pin this article to read later! And make sure to follow us on Pinterest.
By Faith White on February 28th, 2017