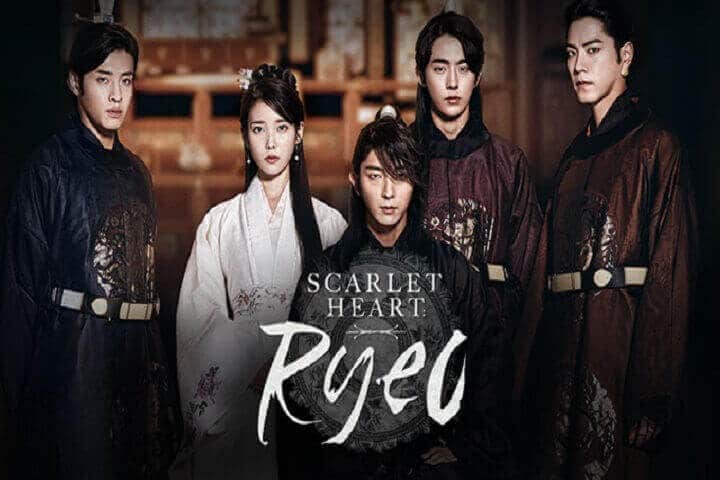 All right everyone – get your box(es) of tissues ready for this historical drama starring Lee Joon-Ki and IU. Scarlet Heart: Ryeo is a 2016 remake of the popular Chinese Drama Scarlet Heart. It is a romantic drama (with eight princes, how could it not be?) full of sword fighting, and palace intrigue. Most important are the dynamic characters who undergo surprising transformations.

A  21st-century woman gets caught in a solar eclipse and travels back to the kingdom of Goryeo. Now known as Hae-Soo, her life forever intertwines with the royal family. However, Hae-Soo is destined to run into one man in particular – the masked 4th Prince, Wang So. As she develops friendships with all the princes, she watches their own lives, loves, and power-hungry quests for the throne unfold. Hae-Soo also races against herself to figure out which brother becomes the bloodthirsty King Gwangjong.

Hae-Soo’s status in the palace is rocky – she finds herself in a variety of positions from a prince’s cousin, court lady, servant and more. She is torn between the kindness of Wang Wook and the outcast Wang So. As she grows closer to Wang So, she sees years of loneliness and desire for love hidden underneath the mask covering half his face. Yet, each of them are trapped in a period where being together comes a high cost. The only way out may come from the unlikeliest of people…

Each character in Scarlet Heart: Ryeo, even the secondary ones, have meaningful roles. This is hard to accomplish in only 20 episodes! While it may seem a bit rushed at times, everyone has a moment to showcase their character – with some unexpected twists along the way. Another treasure is the beautiful soundtrack, including songs like Will Be Back and enchanting instrumental pieces such as Wing of Goryeo. 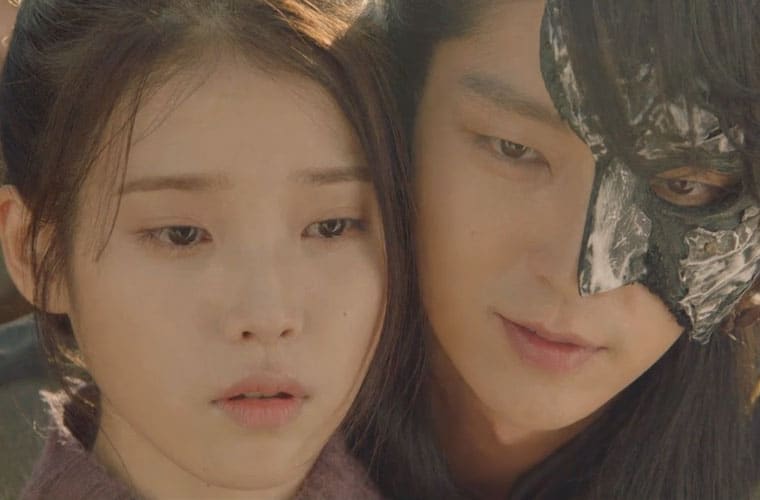 The stand-out performance belongs to Korean Drama veteran Lee Joon-Ki, as the 4th Prince. I come from an adoptive family experienced in orphan care and my sisters and I all have some kind of disability. So, I was intrigued by Joon-Ki’s role. The 4th prince is a man who grew up abandoned and ostracized. His scar is looked upon as a physical disability (at the time). These are heavy, important topics – not often seen in many shows – and the depth Joon-Ki pours into the role blew me away. We see the complexities of Wang So’s character: the desire to be loved, blaming himself for the way he was treated, and anger. Yet, he is fiercely protective of the people he trusts,  even playful, and passionately romantic. This iconic role will linger in K-Drama fans’ minds for a long time.

For more on Scarlet Heart: Ryeo, check out our recaps of the series!

Content Note: There is violence throughout (mostly sword fighting/battle scenes) as well as suicide and torture. But more at a PG-13 level.

Where to Watch: Watch Scarlet Heart: Ryeo on DramaFever (including the Director’s Cut) and DVD (though it is expensive).

Were you swept away by this time-travel romance? Also, what do you think about a second season? I love to talk about Scarlet Heart: Ryeo, so leave your thoughts below!

Our romance-themed entertainment site is on a mission to help you find the best period dramas, romance movies, TV shows, and books. Other topics include Jane Austen, Classic Hollywood, TV Couples, Fairy Tales, Romantic Living, Romanticism, and more. We’re damsels not in distress fighting for the all-new optimistic Romantic Revolution. Join us and subscribe. For more information, see our About, Old-Fashioned Romance 101, Modern Romanticism 101, and Romantic Living 101.
Pin this article to read later! And make sure to follow us on Pinterest.
By Natalya Carpenter on July 19th, 2017