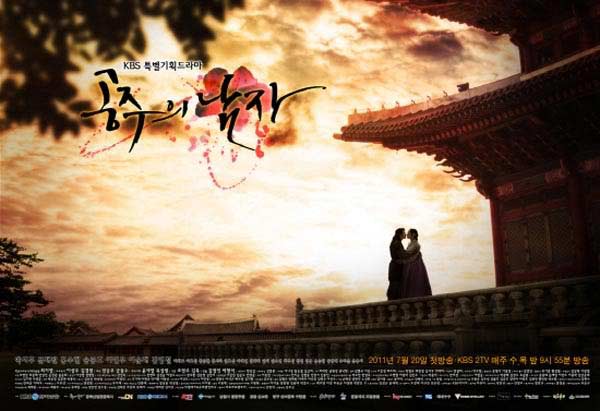 Warring families. Forbidden love. Betrayal and tragedy. Like Shakespeare’s unforgettable story of Romeo and Juliet, The Princess’ Man is an epic, riveting story of two young people falling in love despite the enormous obstacle of their feuding families.

Set in 15th century Korea, The Princess’ Man follows Lee Se-Ryung, a young nobleman’s daughter on the verge of adulthood. When she learns that she’s to be married to a young scholar, Kim Seung-Yoo, she decides to meet him – only disguised as her cousin, Princess Kyung-Hye. Misunderstandings arise as Seung-Yoo tries to find out who Se-Ryung really is. Just as young love starts to flourish, Se-Ryung’s father, uncle of the current king, finally enacts his plans to usurp the throne and murder the king’s supporters – the leader of which is Seung-Yoo’s father.

The main heroine of The Princess’ Man is Se-Ryung played by the lovely Moon Chae-Won. She brings a sweet youthfulness to Se-Ryung’s character as well as a quiet, authentic strength that continues to grow as she’s faced with the barbarity of political greed around her. Se-Ryung’s emotions feel raw, varied and genuine as her heart is ripped in two by caring for the two men she loves best: her father and her lover, Seung-Yoo. I love watching characters grow and change, and Se-Ryung is written beautifully because she does both. Her compassion and courage make her easy to love.  I really feel like Se-Ryung could’ve existed as depicted – a girl with a strong heart who thrives even in the restrictive Confucian society that controls every aspect of society, especially the lives of women.

Park Shi-Hoo plays the happy-go-lucky nobleman’s son, Seung-Yoo, who turns into a tortured soul hell-bent on retribution from those who destroyed his life. Wearing black and looking angsty, Seung-Yoo brings drama and heartache to the screen. His character arc of innocence lost and finding the strength to do what’s right pulls on the heartstrings – sometimes agonizingly. I love how he’s continually surprised by the depths of Se-Ryung’s heart, which only leaves him more in love with her.

What’s so wonderful about The Princess’ Man is it not only manages to bring us two great leading characters but there are so many excellent, fleshed-out supporting characters. Princess Kyung-Hye is one of my favorites playing the icy-cold, haughty princess who lashes out at those around her. Underneath a vulnerable, trapped girl hides. Her character shines from the beginning to end – right along with Jung Jong, the mild-mannered, poor nobleman who seems incapable of anything but running away from debtors. Princess Kyung-Hye is devastated when she learns she’s must marry Jung Jong in an arranged marriage. What comes from their two lives is an emotional, heartrending story that could’ve stood alone.

The Princess’ Man brings villains that are just as layered and complex as the heroes. Prince Su-Yang’s lust for power and willingness to do horrible things to attain that power is balanced out by his sincere love for his wife and children. It’s not hard to see how he could’ve chosen another road – one that wouldn’t have ended in so much bloodshed. Magistrate Shin Myeon portrays another tortured soul, the former friend of Seung-Yoo, who betrays Seung-Yoo for position in Prince Su-Yang’s reign. Song Jong-Ho, Shin Myeon’s actor, is a poster-boy for tormented looks. Some of my favorite moments of his are when his façade broke down and you could see the agony of regret burning in his eyes. Which just kept me shouting at the screen telling him to turn back before it’s too late!

Having watched a lot of K-Dramas, this is such a well-made saguek (Korean historical drama) on multiple levels. Visually, there’s so much color and beauty in this show – from the look of the camera to the fantastic period clothes. I loved the slow motion camera – used sparingly, but effectively. Pacing wise, the show employed plenty of slow moments, but I never felt like it dragged, which happens too often in period dramas. Literally every episode of The Princess’ Man ended on a cliff-hanger that forced you to immediately click the next episode to see what would happen! Or at least it forced me!

I felt like the obstacles between Seung-Yoo and Se-Ryung – her family, his thirst for vengeance, etc – were gripping but never milked to a melodramatic extreme. What was so beautiful about their romance was the subtlety; the stolen moments here and there that kept building until the end. You could see how much they cared for each other just in the way they looked at each other. Every relationship was handled deftly in The Princess’ Man. I’m certain there were a few loose ends and plot holes scattered throughout, but none come to mind. You know a show’s good when you’re not talking about why did this and that happen all day. I even found the politics and court intrigue interesting. I couldn’t help but cheer on the small band of court politicians who stood up to Prince Su-Yang’s oppression. And I loved how they interwove Se-Ryung and Seung-Yoo into the political side of the story. It felt like they had genuine roles to play besides being romantic interests. 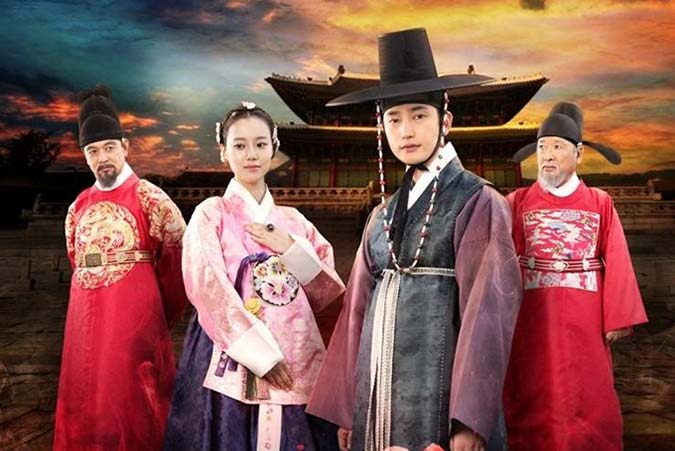 I did end up researching a little about Prince Su-Yang. Many aspects of the story, the politicians, and royals were real. But this narrative does take many liberties, particularly with Princess Se-Ryung whose existence is debated. Either way, Princess Se-Ryung’s story and The Princess’ Man continues to be one of my favorites – a 24 episode K-Drama that breathes a sweet, unforgettable romance, aching betrayals, nerve-wrecking cliff-hangers that build up to a tense climax, and the struggle and triumph of holding onto hope and love through the darkest of times.

Will you be checking out “The Princess’ Man?” Do you have reasons everyone else should tune in? Sound off in the comments…